Are Those Your Feet??

How is it possible I never noticed that Yoda had big claw feet? It makes sense since his hands are claw like. What did I expect his feet to look like? Weird. I want this statue for my garden. Maybe it will inspire the bugs and birds to stop fighting. 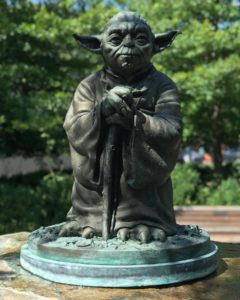 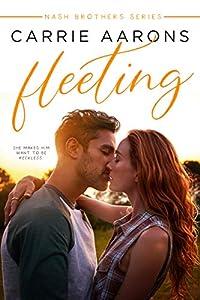 Four gorgeous brothers, one small town, and the women who drive them wild.

Presley McDaniel lives her life from moment to moment.

Making permanent decisions means obligation, and that would force her to stop being the family disappointment. Waitress, fitness instructor, dog walker… you name the hourly job and she’s probably held the position.

But when her grandmother can no longer run her book shop in Fawn Hill, a town so small it barely has its own zip code, Presley steps up to help.

The move from bustling city to green pastures may be exactly what she needs to sort out her life. But she didn’t ask for that happy ending to include a gorgeous veterinarian with an all-American smile and a penchant for snuggling puppies. The good doctor is reliable, responsible, and just the kind of man Presley has always avoided.

Love and commitment are predictable.
So why, the moment she lays eyes on him, are they all she wants?

His brothers may tease him about settling into his father’s passed-down role of small town veterinarian, but Keaton has never minded his rural roots. And after tragedy struck two years ago, he has a duty as the eldest Nash man to look after his family.

What he doesn’t need is the sexy, flighty stranger who shows up in town and gets his broken heart beating again. Presley McDaniel is a distraction, a red-headed temptation that is the definition of a bad idea.

He’s barely recovered from the love who left him to chase bigger dreams, and this woman is bound to do the same.

Except for the first time ever, he wants to abandon stability.
She makes him want to be reckless. 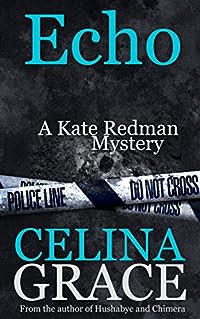 The West Country town of Abbeyford is suffering its worst floods in living memory when a landslide reveals the skeletal remains of a young woman. Detective Sergeant Kate Redman is assigned to the case but finds herself up against a baffling lack of evidence, missing files and the suspicion that someone on high is blocking her investigation…
Matters are complicated by her estranged mother making contact after years of silence. As age-old secrets are uncovered and powerful people are implicated, Kate and the team are determined to see justice done. But at what price?

Echo is the sixth in the bestselling Kate Redman Mysteries series, by Celina Grace, author of Hushabye and Chimera. 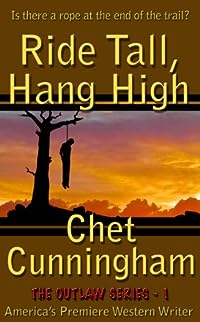 There’s nothing like a smoking six gun in your hand to make you grow up fast! They were the youngest-and some said the most dangerous-gang in the territory. They were just kids, but the savagery of the untamed West made men out of them before their time. 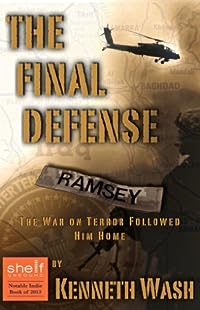 A skirmish in the desert on the Texas/Mexico border sets events in motion that put Alan Ramsey, a prior Special Operations Captain turned CIA terrorism subject matter expert, and his newly recruited partner, Paul Jackson, on high alert as they follow a criminal pattern that indicates the war on terror isn’t exactly over.

When it is suspected that a nuclear warhead has made it onto American soil and is in the hands of a ruthless insurgent, Leajah bin-Masri, the stage is set for a race against time to stop the terrorist before the weapon can be deployed.

With Alan Ramsey and his team on the heels of the terrorists at every turn, bin-Masri must decide to keep moving or use the weapon before it reaches its destination, taking the CIA, FBI, and the local police on a wild ride down several different and sometimes simultaneous paths in a final act of defense that culminates with a heart pounding, white knuckle ride to beat the clock. 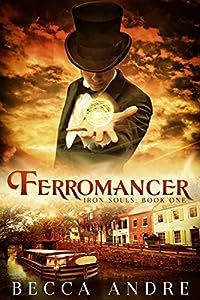 Captain Bridget “Briar” Rose wants for nothing. Each day is a new adventure, living the life she loves, running cargo on the Ohio & Erie Canal. That is, until her cousin decides to sell the family boat to finance a new business venture. He wants to build locomotives for the railroad — the very industry that could put the entire canal system out of business.

Not one to give up without a fight, Briar does a little snooping into her cousin’s new business partner. When she gets a sneak peek at the locomotive plans, she suspects that the man is either a genius, or a ferromancer — one of the dreaded metal mages of Europe’s industrial revolution.

Determined to reveal her suspicions, Briar takes the plans and heads for the newspaper office in Columbus, stealing the family boat in the process. Kidnapping her cousin’s handsome business partner wasn’t part of the plan, but when he shows up, demanding the return of his property, she can’t let him go. After all, if Briar can prove that the railroad is using ferromancy, she could save more than her boat. She could save her way of life.