Hubby added another tab titled “Gardens” to Book Basset to show off my mad photography skills. Just kidding. I am a terrible photographer, but the gardens were so pretty even rookies like me could take a few nice pictures. Last week I posted the pictures I took of the Quarryhill Botanical Gardens, and today I just posted the pictures from Cornerstone: Sunset magazine’s garden and test kitchen. Visiting the different gardens in my area have really been a lot of fun, but more importantly it keeps me from doing more projects around the house. Hubby is going to get a very false sense of relief. I am merely taking a break from projects. He will soon hear me saying to him,”Baby! I have an idea!” Man.. he hates those words. Today I am off to Ikea, so he will have at least five hours to relax. I don’t have any plans to buy furniture, so he is off the hook from putting anything together with instructions that make no sense whats-so-ever. I am super excited about having the meatball and chocolate cake for lunch today. I know the rules though. Not meatballs and chocolate cake until you tour the entire 20 miles on the first floor. YOU GOTTA EARN THOSE MEATBALLS!!!! If you want to scroll through some of my awesome pictures, click here.  I had originally posted them on my other blog, Girls Bee Haven, and the gallery of pictures is a bit easier to go through, so you can check them out by clicking here as well. 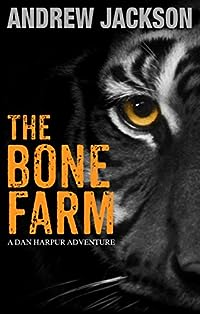 THE BONE FARM: A Dan Harpur Adventure
by Andrew Jackson

A man on the edge. A woman on a mission. A species on the edge of extinction.

Organised criminals are smuggling tiger bone out of China to feed an insatiable black market. They will stop at nothing to dominate a growing trade where profit margins dwarf those of narcotics, with little penalty. They have only one problem – they can’t get enough of it.

Following the murder of his friend, former soldier Daniel Harpur is on the warpath. A small bag of white powder and a Chinese gangster with a dragon tattoo are his only leads. He has vowed revenge, but first he must overcome his own personal demons.

The Wildlife Investigation Agency, charged with protecting endangered animals and their habitats, are on the trail of an infamous poacher who is decimating the wild tiger population. But red tape and bureaucracy thwart their every move.

Both Harpur and the WIA want justice. Just in different ways…
An action-packed and gripping novel highlighting the lucrative illegal trade in wildlife and the plight of tigers – one of the world’s most iconic and beautiful creatures. 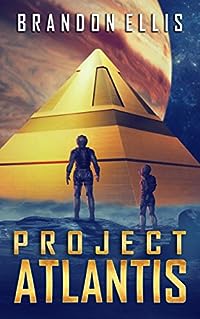 Crack the code or die.

A black-ops agency discovers hieroglyph-covered pyramids on Jupiter’s moon Callisto. The government forcibly taps rebel archeologist Kaden Jaxx with only two instructions: 1) decode the ancient writings and 2) keep his overactive mouth shut… or else. But what if the writing spells out an ancient prophecy for Earth’s doom?

“A spine-tingling space thriller that combines elements of Stargate Atlantis, The Da Vinci Code, and Raiders of the Lost Ark into a must-read sci-fi adventure.”

Caution: This book contains dangerous ancient secrets and a lot of kick-butt action. If you’re ready, grab a copy today! 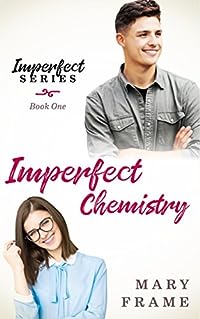 She’s never understood the point of romance, but now he’s going to show her.

Lucy London is a genius. Having obtained her PhD in microbiology by the age of twenty, she’s amassed a wealth of knowledge, but one subject still eludes her — people. The pendulum of passions experienced by those around her confuses and intrigues her, so when she’s offered a grant to study emotion as a pathogen, she jumps on the opportunity.

Enter Jensen Walker, Lucy’s neighbor and the one person she finds appealing. Jensen’s life is the stuff of campus legend, messy, emotional, and complicated. Basically, the perfect starting point for Lucy’s study. When her tenaciousness wears him down and he consents to help her, sparks fly. To her surprise, Lucy finds herself battling with her own emotions, as foreign as they are intense. With the clock ticking on her deadline, Lucy must decide what’s more important: analyzing her passions… or giving in to them? 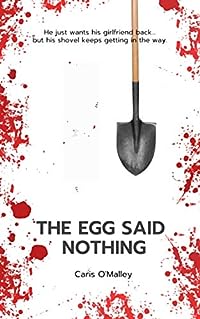 The Egg Said Nothing
by Caris O’Malley

Meet Manny. He’s your average shut-in with a penchant for late night television and looting local fountains for coins. With eight locks on his door and newspapers covering his windows, he’s more than a bit paranoid, too.

His wasn’t a great life, but it was comfortable–at least it was until the morning he awoke with an egg between his legs. But what might have been a curse becomes a charm as this unlikely event leads him to an all night diner, where he finds inedible pie, undrinkable coffee, and the girl of his dreams.

But can this unexpected chance at love survive after the egg cracks and time itself turns against him, dead-set on rerouting history and putting a shovel to the face of the one person who could bring real and lasting change to Manny’s world? 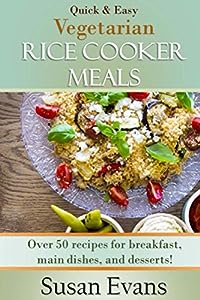 Having trouble figuring out what vegetarian recipes to use to impress friends and family? The rice cooker is an excellent tool that handles your cooking needs. Unwrap a completely new way of thinking in creating meals. This cookbook contains over 50 quick and easy recipes for breakfast, main dishes, and desserts, that will satisfy your taste buds. Let’s get cooking!