What’s up with Grandpa Joe from Willy Wonka and the Chocolate Factory? So he laid around in his bed for 20 years and did nothing for his poor family who was struggling to survive, but jumped his lazy tushy out of bed the second his grandson got the golden ticket? Okay, I understand the hate people have for him for being a lazy jerk, but let’s be honest with ourselves and acknowledge that the rest of his family were a bunch of enablers. I know I will get some hate for this, but why on Earth did the mom allow that to go on? What about the other three in that bed (by the way..GROSS!) Were their legs broken…FOR 20 YEARS??!! Hey Charlie…. you got a Golden ticket? Take your mother you jerky kid! She works herself to the bone every day to provide for the four freeloaders in that disgusting bed and your chocolate eating ungrateful butt! UGH!! I can’t even right now. Grandpa Joe is the WORST! 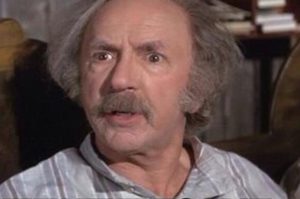 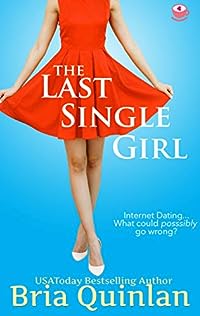 Get a date for the big gala in four weeks when I thought I could go solo? Challenge, accepted.

Now to find a hot, interesting guy who will dress up for a gala. Last minute. Who doesn’t already have plans on the busiest date night of the year.

But, so far the best part of the search for a great date has been the cute café I found and the geeky-hot owner who keeps rescuing me from these crazy eLove.com dates.

This should be easy-peasy. The internet is the home of all your hopes and needs, right?

Between the bromance date and the crazed single dad who needs to hire a nanny and housekeeper, not get a date, I’m running out of options.

If only a certain cutey didn’t have a phone call with “sweetheart” every day.

The weirder things get, the more I think just going solo is very I Am Woman, blah blah blah. Forget about the fact that my heart keeps bringing me back to a certain café even when I don’t need to be there… I mean, my heart doesn’t always get what it wants, does it? 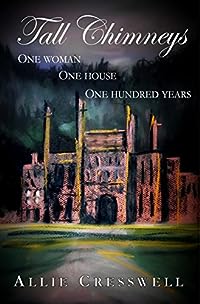 Considered a troublesome burden, Evelyn Talbot is banished by her family to their remote country house. Tall Chimneys is hidden in a damp and gloomy hollow. It is outmoded and inconvenient but Evelyn is determined to save it from the fate of so many stately homes at the time – abandonment or demolition.
Occasional echoes of tumult in the wider world reach their sequestered backwater – the strident cries of political extremists, a furore of royal scandal, rumblings of the European war machine. But their isolated spot seems largely untouched. At times life is hard – little more than survival. At times it feels enchanted, almost outside of time itself. The woman and the house shore each other up – until love comes calling, threatening to pull them asunder.
Her desertion will spell its demise, but saving Tall Chimneys could mean sacrificing her hope for happiness, even sacrificing herself.
A century later, a distant relative crosses the globe to find the house of his ancestors. What he finds in the strange depression of the moor could change the course of his life forever.
One woman, one house, one hundred years. 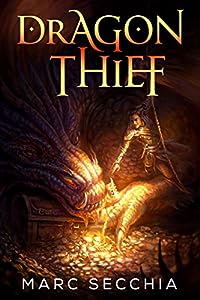 Kal Was Not A Thief, And He Certainly Did Not Intend To Steal Any Dragon’s Treasure.

He was an adventurer. Avid art collector. Incurable wealth adjuster and risk-taker. Kal had legendary expertise in the security arrangements of palaces and noble houses the world over.

He hankered for remote, craggy mountaintops and the dragon hoards he might find hidden beneath them. Besides, what harm was there in looking? Dragon gold was so… shiny.

Most especially, he was not planning for any treasure to steal him.

That was a little awkward, to say the least.

Dragon Thief is a standalone novel set in an unforgettable world of powerful, majestic dragons, and follows the timeline of the bestselling dragon books Dragonfriend, The Pygmy Dragon and Aranya. Prepare to wing away to a world of deep dragon lore, magical landscapes and fiery adventure.

YA and above. Recommended 16+ for some non-graphic adult banter and situations, mild and infrequent nudity. Reads at an ‘older’ level than Aranya or The Pygmy Dragon but is still a clean read in keeping with all of my books. Moderate battle violence.

Scroll Up and Grab Your Copy Today! 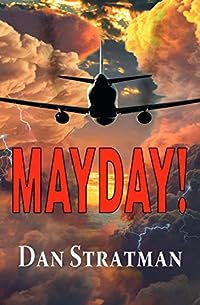 Do you fly on the airlines? Ever wonder what goes on in the cockpit during a dire emergency? Fasten your seat belt and raise your tray table because the ride is about to get terrifying!

The Tech-Liner — appropriately christened the Spirit of Silicon Valley — is the most advanced airliner ever built. Its speed and luxurious amenities could usher in a new golden age of air travel. Struggling Alpha Airlines is betting its future on the new jet.
But on its maiden voyage — packed with VIPs from government, industry, and banking — this state-of-the-art plane is also a prime target for attack.
Capt. Mark Smith, former US Air Force pilot and now Alpha Airlines Chief Pilot, will need to draw on all his decades of experience to make sure that never happens. At thirty-five thousand feet above the ocean, things on his flight spin wildly out of control. Smith will need a decidedly old-school strategy to save this high-tech marvel.