Tonight I have a bunch of friends and neighbors coming over to celebrate the 4th of July and I am very excited. I always say that I am excited.. sorry. To be honest I do not spend all my time being excited. I am tired quite a bit, but I won’t tell you about that. That would be way boring. So on with the exciting stuff…. We are going to eat a bunch of tasty food that is bad for, set off fireworks, and just enjoy the warm Summer evening. You know where you won’t find me? Local firework shows. I really hate sitting on the grass for an hour, usually cold, and always very uncomfortable. Even though I have brought blankets to sit on and wrap myself up in, I am always cold and uncomfortable. Plus the grass, where the shows are held, are usually parks where dogs run around and pee and poo. I can never get that thought our of my head.  So we stay home, and throw a party for our friends. There are very few cities in our area that still allow fireworks of any kind, so my friends don’t have too many options. They can sit in dog pee or hang out at my house. BOOOM!! 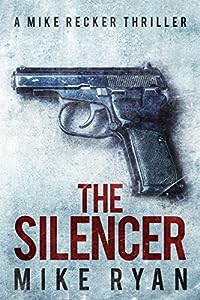 CIA Black Ops agent John Smith is on his latest assignment in London. Little does he know–it’ll also be his last. Barely surviving an attack on his life, Smith lays low for six months until he returns to the United States. His flight is strangely diverted to Philadelphia where he meets a mysterious man who already knows about his past and recruits him for a job.

Needing a new identity, Smith becomes Michael Recker. He tries to prevent bad things happening to innocent people while also interacting with several crime factions who are battling for control over the city. All the while, Recker begins to plan his revenge on Agent 17, who is responsible for a heinous act that Recker will never forget. 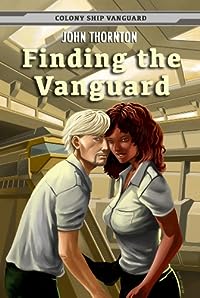 Now expanded, enhanced, and re-edited as of December 4, 2017

The Colony Ship Vanguard was one of seven colony ships launched from a damaged Earth in a desperate plan to carry human settlers to Earth equivalent worlds. The voyages would take generations, and the people on board, as well as the flora and fauna in huge biological habitats had to be stable. But something happened on the way.

Now, over one hundred years later, Earth is all but dead. People survive only in Dome 17. Gretchen and Paul are one of the teams who partake in a risky and dangerous mission to try to recover a colony ship. They will be using two unproven technologies: faster-than-light travel and teleportation. Each of those have significant limits. But the missions to the colony ships are humanity’s final hope for long term survival.

What will Gretchen and Paul encounter while they are trying to find the Vanguard? 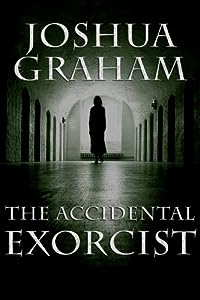 THE ACCIDENTAL EXORCIST
by Joshua Graham

THE ACCIDENTAL EXORCIST
(A short novella)

When forensic psychiatrist Abigail Lee meets a baby-killing mother who has been declared criminally insane and acquitted, she discovers something lurking beneath the surface. Something far deeper and more insidious than mere psychopathy. But can she come to terms with her own struggle with science and faith in time to confront it? 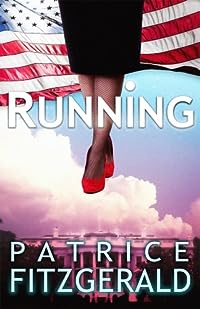 Catherine Young, Vice President and newly-anointed Democratic nominee, is surging in the polls. The race is on against opposition candidate Jerusha Hutchins, former stewardess and blonde beauty, who is the darling of the far-right Liberty Party. But with political wunderkind Zane Zarillo running her campaign, Catherine is bound to hold her lead.

Suddenly a medical emergency puts the President in the hospital and forces Catherine to act in his place… a perfect opportunity for her to show her Oval Office stuff. Just when her election looks like a sure thing, Catherine’s romantic fling from decades ago comes to light. Will the American public accept a woman with a past? 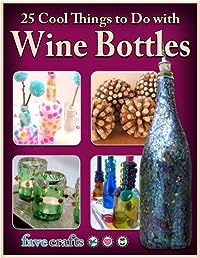 25 Cool Things to Do with Wine Bottles
by Julia Litz, Melissa Conner

Have you ever looked at an old wine bottle and wondered, “What can I make with this?” In an era when recycling and reusing are all the rage, it seems like a waste to toss a perfectly good wine bottle into the recycling bin… but with the help of our free eBook, 25 Cool Things to do with Wine Bottles, you’ll find tons of great DIY wine bottle crafts that are decorative, useful, and earth-friendly!

From your living room to your garden, these wine bottle crafts can help add beauty and charm to your décor. Turn wine bottles into colorful vases, wind chimes, and even colorful tea light holders. There are tons of uses for empty wine bottles in this eBook, and you may find it hard to even consider tossing a glass bottle into the recycling bin after you see all the awesome wine bottle craft projects we have in store for you.

So whether you’re looking for some unique home décor accents or looking to add some color and texture to your garden this summer, let 25 Cool Things to do with Wine Bottles inspire you to look at that humble bottle of wine in a new light. Gather up some Mod Podge, a collection of your favorite assorted embellishments, and pour yourself a glass of vino as you browse through this great collection of crafts to make with wine bottles.