It’s All About The Science

I got my car out of the shop yesterday. Got the oil changed and a few things that needed to be fixed done as well. It drives faster now. Today I am going to buy new shoes for me and the boys, so we can run faster. That’s just how it works. It’s science. 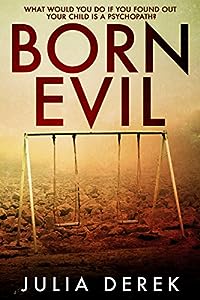 Born Evil: A dark psychological thriller with a killer twist
by Julia Derek

WHAT WOULD YOU DO IF YOU FOUND OUT YOUR CHILD IS A PSYCHOPATH?

One night when Jennifer Hanson returns home, she catches her 12-year-old son Shane stabbing their cat to death. Thankfully, he doesn’t see her. Having long known Shane has a brain with psychopathic tendencies, her worst fears may be confirmed. Ever since he accidentally shot his father to death at age six, she has done everything she can to ensure Shane doesn’t become a full-blown psychopath. He has behaved normally up until now. Have her efforts been in vain? She can tell he’s changing, becoming increasingly dangerous, but she can’t stomach putting him in a psych ward. But then she finds pics of a dead girl in his phone, a girl everyone thought had died accidentally… 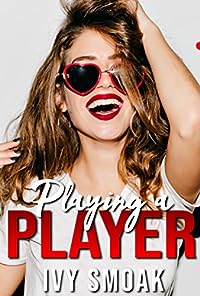 Playing a Player
by Ivy Smoak

My last single friend just got married, leaving me roommate-less. When Rory shows up at my door, I’m more than a little surprised to find out that a guy has answered my ad. Living with a man wasn’t exactly what I had in mind. Especially one as handsome as Rory. He’s charming, confident, and… completely off limits. He’s a total player. And I don’t want to end up getting played.

But when all the other applicants don’t seem to be a good fit, I can’t help but let my mind wander back to him. What’s the worst that could happen if I let him move in? It’s not like I’m going to fall in love with him… 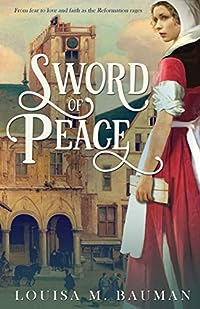 Sword of Peace: A Journey From Fear to Faith (Sword of Münster Series Book 1)
by Louisa M Bauman

Where can a person go to be safe?

Anna thinks she will be safe by adhering to the Catholic Church, but is this an option after learning some disturbing truths about the church? Her friends have joined the Anabaptists, but the Court of Holland is hunting for them because they are heretics, and heretic women are drowned or buried alive. Their sympathizers are shown no mercy either, forcing Anna to choose between staying loyal to the corrupt church or betraying her innocent friends.

When Adriaen Geerts becomes a widower, Anna is conveniently available to look after his children while he journeys across the Netherlands preaching the ‘dangerous’ Anabaptist faith. Anna consoles herself that because of the children, he will surely come back some day — if he’s not arrested. Will the God of the Anabaptists’ faith be strong enough to bring all her loved ones together again? 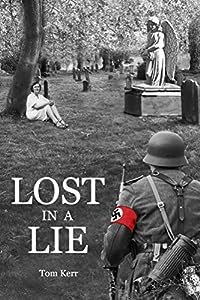 Lost in a lie
by Tom Kerr

The moving story of Charles Hunter-Arnold and his French Grandmother Pascale Meyette. Following his Grandmothers death Charles inherits her cottage and discovers a wooden box containing memorabilia and a hand written account in which Pascale tells the truth behind the lie she has lived since 1944.

Her story speaks of her troubled childhood in Normandy and the occupation by the Germans. Her experiences lead her to move to England and never to return to France.

Charles sets out to find his French family and he discovers what happened in the final few months of the war. 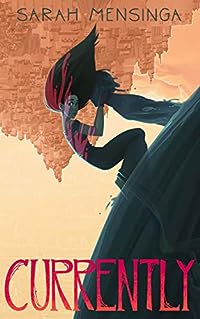 Every year, Nerene’s village shelters in Varasay City while the surrounding lands flood. Yet Varasay only protects those who obey its laws, and after Nerene’s boyfriend Sande starts a riot, he’s in danger of being cast out. Nerene manages to contact Lord Osperacy, a traveling thief with enough power and money to save Sande, but he’ll only help Nerene if she agrees to work for him.

Eager to save her boyfriend, Nerene takes the job. Yet working for Lord Osperacy means leaving Sande behind in Varasay City. It also means tolerating Lord Osperacy’s children who have a supernatural ability to make others do as they wish, an ability the family uses to manipulate and steal.

Just as Nerene begins to despair that she’ll never see Sande again, she meets Cressit, a wealthy, charming musician. Cressit offers to help Nerene reunite with Sande, but she’s not sure he can be trusted. He has a strange interest in the Osperacy family, and he seems to know more about Nerene than he should.

Even worse, the more time Nerene spends with Cressit, the less she thinks about Sande…