I read an article today about a two year old boy who snuck off on his battery operated John Deere tractor to go to the county fair a few blocks away. The parents of the child called the authorities and minutes later he was picked up by police and returned to his parents. I am just going to say it… that is some good old fashion trouble that kid is getting into. That’s the kind of trouble we used to get into when I was a kid. Now, I am going to admit I never stole a tractor, but I still got into a bit of mischief, that when I look back now, I both smile and shudder at what could have happened. I am not sure what I was thinking when my friend and I decided it would be fun to go four wheel driving through the woods in a 1985 Honda Civic. Thankfully a huge bolder decided to educate us about tall grass and sturdy rocks.  I really don’t know if I want my baby bassets to stay safe and play their video games and Legos, or if I want them to grab the closest John Deere and go to the fair. They are eleven and twelve years old, so I would hope they grab their bikes.

A little side note: I added a new page to Book Basset to show off my mad photography skills (ya right) at the botanical gardens we have visited this Summer. Click here to check out the first gallery. I will be adding more later. 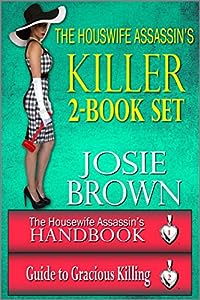 IN BOOK 1: THE HOUSEWIFE ASSASSIN’S HANDBOOK:

– EVERY DESPERATE HOUSEWIFE WANTS AN ALIAS: Donna Stone has one… and it happens to be government-sanctioned.
– BUT DONNA EARNED IT THE HARD WAY: Her husband was killed the day she delivered their third child.
– TO AVENGE HER HUSBAND’S MURDER: Donna leads a secret life: as an assassin.
– BUT ESPIONAGE MAKES FOR STRANGE BEDFELLOWS: And brings new meaning to that old adage, “Honey, I’m home… ”

IN BOOK 2, THE HOUSEWIFE ASSASSIN’S GUIDE TO GRACIOUS KILLING

– HOUSEWIFE ASSASSIN DONNA STONE’S MISSION: Stop a rogue operative before he assassinates the newly-elected Russian president — on US soil!
– DONNA WANTS A DIVORCE: But first she’s got to serve a summons to a deadbeat dad… who’s also a terrorist!
– AS FOR DONNA’S LOVE LIFE: Turns out the spy who loves her has a bombshell secret of his own… 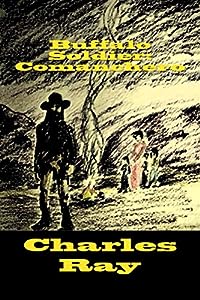 After one of his men is killed in an attack by hostile Apache Indians, Ninth Cavalry First Sergeant Ben Cooper has begun to doubt his ability lead men in battle. Returning from a routine work detail, he and his men encounter a young Apache who has fled the reservation in pursuit of a band of outlaw Comanchero who kidnapped his younger brother. Ben knows that if he lets the young Indian continue his quest, he’s likely to be killed, and it could lead to war with his tribe which has been traditionally peaceful.
Despite his orders to proceed directly back to Fort Union after completion of the work detail, Ben decides to rescue the boy himself. His skill as a commander, and his self-confidence are all sorely tested as he embarks on this unsanctioned mission – and, at the end, there’s more danger waiting for him than a group of outlaws. 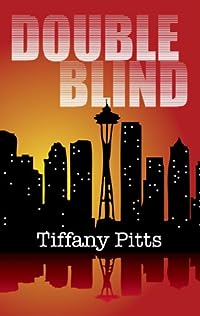 Delilah Pelham’s is a petite spitfire who packs a punch… literally. After her brother disappears during a high-stakes business negotiation she finds herself in the middle of Hong Kong with a target on her back.

Her brother’s partner Carl is a gangly tech geek with an aptitude for espionage. Whether Deli needs his help or not is questionable but she’ll take every advantage she can get to find her brother – and their missing technology.

Back in Seattle, Deli’s cat has found some of that technology… and eaten it. Now he’s an accidental superhero. But will his enhanced biology be enough to save the people he loves? 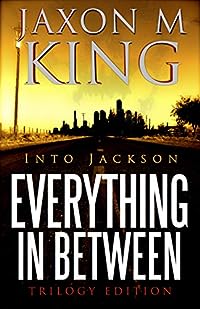 Into Jackson: Everything In Between: Trilogy Edition
by Jaxon M King

Alex was afraid. But that was before the world was. Before the infection spread. Before the Narc-heads and Near-deads. Before he lost her. Before the chaos and addictions to Seven. Before the night at Cliff’s Orchard, with his high school friends and the girls, when Alex realized humanity’s capacity for inhumanity. Before innocence was lost.
This is a tale of two journeys. One of coming of age in a world playing with the fires of its own extinction, where growing unrest is a constant reminder that the more you love the more you stand to lose. The other, a dangerous journey back to Alex’s childhood home through a lawless territory devastated by the virus. Along the way, he meets Justus, an ex-sheriff who shares the same enemy and a common quest-redemption.

Into Jackson: Everything in Between – an edgy, apocalyptic tale of love, hate, and a relentless journey toward redemption. 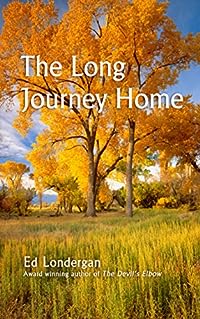 The second book in the Brookfield saga, The Long Journey Home continues the story of Jack and Becky Parker as they strive to make a life for themselves on the frontier in early colonial Massachusetts. During a violent and turbulent era, they endure every hardship to see their family grow and prosper… and survive. In their unstoppable love, they will sacrifice everything to be together.

From the battles of King Philip’s War – the bloodiest ever fought in New England – to Jack’s capture and escape and his brutal trek home through the winter wilderness to the wife and son he loves beyond measure, to a determined march to Quebec to rescue twenty-one captives, taken during a savage Indian attack, to the hard-earned happiness of prosperity, follow them as they persevere to make their dreams come true and find the one place that is truly home.