So this event on September 20th at Area 51, is it potluck? I make a mean broccoli casserole, but I can’t make enough for everyone. I will bring two  9 x 13 dishes, which should serve about 10 people, 20 if people have it as a side dish only. I should remind everyone to put their name and (since this is such a huge event) address on their dishes and lids if they want to get them back. I didn’t do that for a work thing and I never saw my plate with the snowman on it again. I have a sneaking suspicion Karen in accounting took it. I WANT MY DISH BACK KAREN!!! Anywhoooo… I also have a peanut allergy, so if people could label their contributions if they have peanuts, that would be cool. Has anyone started a carpool? 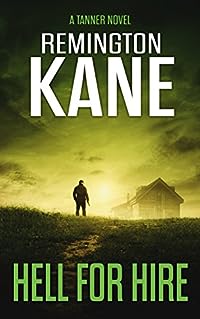 Hell For Hire (A Tanner Novel Book 13)
by Remington Kane

Tanner runs into a complication while fulfilling a contract. The complication is a ten-year-old boy named Henry, who saw too much.

From REMINGTON KANE – HELL FOR HIRE – A Tanner Novel – Book 13 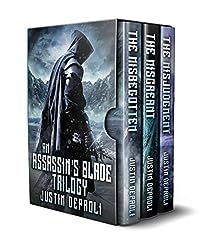 An Assassin’s Blade: The Complete Trilogy
by Justin DePaoli

They were supposed to have been hunted to extinction. But sometimes death is a myth.

This collection includes all three novels in An Assassin’s Blade, a dark epic fantasy about an infamous assassin with a woeful reputation, a malevolent nightmare that’s returned from beyond the grave, and gods who must die in order for life to prevail.

Astul, assassin by day and purveyor of secrets at night, has agreed to hunt down a king slayer. Somewhat for the money, a little for the ego, and a bit for the adventure… but mostly for the money.

There’s just one problem. The king slayer’s trail leads to a cache of disturbing secrets involving insane kings, mad queens and kingdoms suddenly poised for a war to end all wars. People seem to be losing their minds. Or rather, forfeiting them.

Something harrowing lingers and lurks in the world of Mizridahl. And only an infamous assassin with a woeful reputation is aware.

Astul, an infamous assassin with a woeful reputation, finds his brother’s corpse curiously absent from its tomb. This amid accusations that grave robbers are terrorizing the world of Mizridahl. But Astul soon discovers the cadavers aren’t being robbed. They’re being gathered. Harvested.

A dreadful enigma creeps into Mizridahl, with the might of an army that was never supposed to see the living realm again. Astul lost nearly everything dear to him when conjurers swept across his world four months ago. Now he stands to lose the rest.

Conjurers were the beginning. This is the end.

Gods are real, and it’s time for them to die.

Astul, an infamous assassin with a woeful reputation, never believed in gods. As luck would have it, they’re quite real. And if they have their way, Astul will be quite dead.

A civil war is brewing between the celestial powers. And all of life hangs in the balance. If victory falls into the wrong hands, creation will begin anew. There’s only one way to guarantee that doesn’t happen, and it involves the assassination of a lifetime.

Gods will die. Or else life will expire. 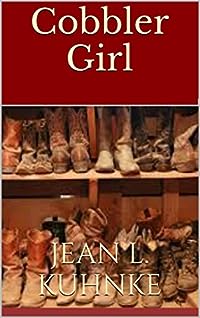 Birdie spends his days helping a cobbler that found him on his doorstep when he was five. He was dirty and hungry. The cobbler fed him and schooled him because his mother worked at the local brothel and was he was not allowed in school. When Birdie was twelve, the natural biological changes forced his mother to reveal that Birdie was really Birgitta, a girl, but now she couldn’t stay at the brothel. Turning to the cobbler with her dilemma, he convinces her mother to sign guardianship papers before she dies of the hazards of her occupation. Birgitta finds that her real father and twin brother had been searching for her for the past twelve years. Can she leave the cobbler who she now calls grandpa to move to Colorado with her father and brother? Will she ever fit in with other young ladies? 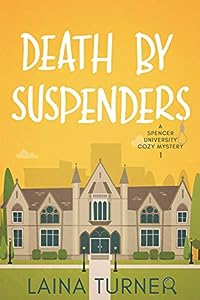 Olivia and Polly get to Spencer University ready for the first day of fall classes. Excited about meeting new students and kicking off a fantastic year when instead one of their co-workers was found hanging in the academic building.

David wasn’t always the most well-liked colleague, but Olivia and Polly couldn’t even imagine who would kill him. Was one of their co-workers a murderer? If so, was campus safe or should they be worried about what might happen next time there was a difference of opinion at the next faculty meeting? 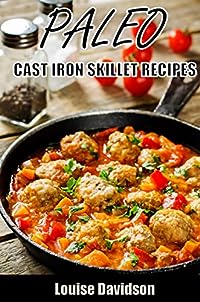 Delicious Paleo Recipes Cooked in Cast iron skillets! What could be better?

To cook or not to cook – that is the question that comes to the minds of even the best of at-home chefs after a long and tiring day. Cooking can be a big production if you want to cook clean, healthy meals, and if you have switched over to the Paleo lifestyle, it can seem like an even greater challenge.

Paleo Cast Iron Recipes book is ready to rescue you from those mid-week cooking blues with simple recipes that can be whipped up in a single handy-dandy cast iron skillet. Yes, you read that right. Just one pan and you can have a meal that is fit for kings or the royalty sitting at your very own table!

Today we have become used to easy-peasy meals in boxes, frozen dinners, and microwaveable feasts to help us out on those lazy days. However, if you have gone Paleo, that just isn’t an option anymore, and that is why this book is here to help.

In this book, you will find a fantastic collection of recipes designed for the Paleo cook with precious time. The offerings include delicious meaty meals like Pancetta Meatballs and Beef Ragu or a Beef and Sweet Potato Casserole that is going to have everybody asking for seconds.

We have tried to give you some variety by taking this cookbook to all four corners of the globe, so be sure to try out Indian Chicken Biryani with Mint Chutney, Cashew-Parm Chicken, or Fish Tacos with a lovely Orange Cilantro Salad.

The cookbook has a delicious selection of vegetarian dishes that you can use as sides or as a stand-alone meal. Plus, the sides section provides standard recipes like ZuCa Noodles and Flaxseed Tortillas to accompany other dishes.

With 35 recipes, you are guaranteed to have a month’s worth of delicious Paleo meals that are easy to whip up in one dish. The dishes are clean, whole foods, and so delicious that you can bask in your at-home chef prowess without spending hours in the kitchen.