I got a huge case of the lazies, and decided that making demogorgan costumes for the whole family for Halloween would be too much work. I decided to give my family a choice for once and I asked the baby bassets what they would like to be for Halloween. My oldest wants to be Neo from the Matrix…. as a demogorgan. Wait… what?? I completely missed what my youngest wanted to be because he also mixed it with a demogorgan and all I saw was my work being doubled. What have I done! Hubby got all excited about the prospect of having a choice, and said he wants to be a demogorgan in shorts and a t-shirt with no mask. I had to remind hubby that he has to have a costume. How else are we going to take a nice picture for our Christmas cards? Last year we were a family of pineapples. It was delightful, and made for a lovely card. By the looks of it, I am not getting out of the demogorgan masks, so I better get to work. 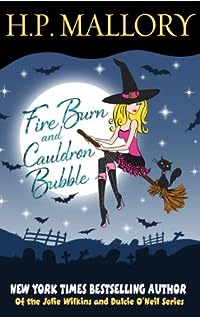 A self-deprecating witch with the unique ability to reanimate the dead.
A dangerously handsome warlock torn between being her boss and her would-be lover.
A six hundred year old English vampire with his own agenda; one that includes an appetite for witches.
The Underworld in a state of chaos.
Let the games begin.

Life isn’t bad for psychic Jolie Wilkins. True, she doesn’t have a love life to speak of, but she has a cute house in the suburbs of Los Angeles, a cat and a quirky best friend.

Enter Rand Balfour, a sinfully attractive warlock who insists she’s a witch and who just might turn her life upside down. Rand hires her to help him solve a mystery regarding the death of his client who also happens to be a ghost. Jolie not only uncovers the cause of the ghost’s demise but, in the process, she brings him back to life!

Word of Jolie’s incredible ability to bring back the dead spreads like wildfire, putting her at the top of the Underworld’s most wanted list. Consequently, she finds herself at the center of a custody battle between a villainous witch, a dangerous but oh-so-sexy vampire, and her warlock boss, Rand. 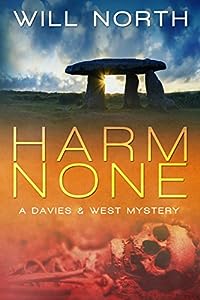 Harm None (A Davies & West Mystery Book 1)
by Will North

Penwith, the southwest tip of Cornwall, is a land of mystery and magic, of prehistoric monuments, witchcraft… and murder. When an American archaeological team stumbles upon the skeletal remains of a missing child beneath a Stone Age burial quoit, irascible CID Detective Sergeant Morgan Davies and her Scene of Crimes partner, Calum West, unearth a growing list of suspects.

Within days, another body is discovered. Is the killer the mind-reading village witch — who has long been a suspect in the child’s disappearance? Is it the drug-dealing partner of the child’s heroin-addicted mother? Or is it someone even closer to the investigation? Just as Davies and West close in on their prime suspect, another child disappears. 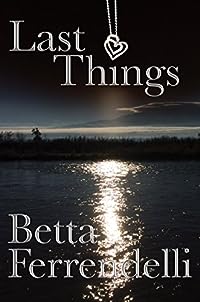 Bridgette Connor is a woman on the edge. Her career is in tatters, her relationship is doomed, and after an ill-fated pregnancy, she does the one thing she’s always done best.
She runs.
Her car careens off the road leaving her battered, bruised and beaten. It is then that she meets the woman who will change her life.
Alexis Parker is a woman in control. Her business is thriving, her friends are by her side and the daughter she refused to abandon is the happiest little girl in the world. When the bloodied and broken Bridgette Connor collapses at her door, Alexis does the one thing she’s always done best.
She helps.
Last Things is a story of two women, the story of how they are different and how they are the same. It is a story of love, a story of loss, and above all, a story of friendship. 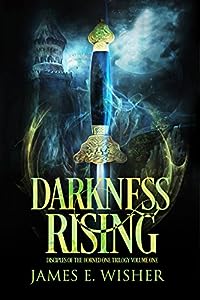 Damien St. Cloud is a failure.

Born with the most powerful soul force anyone has ever seen, he can’t get it to work.

The next in a long line of warlords, Damien is a disappointment to his legendary father and a weakling compared to his perfect sister.

Everything changes when a visiting sorcerer proclaims Damien isn’t a warlord at all, but a sorcerer!

Damien is thrust into a world of magic and intrigue, war and death.

Behind the scenes a dark and ancient evil is rising once more, intent on destroying everything Damien cares about.

Can Damien, along with his sister and allies expose this evil and save the kingdom?

Read on for a tale of action and adventure, love and friendship.

The Darkness is rising. Who will survive? 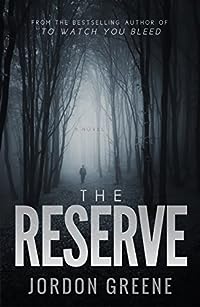 The Reserve
by Jordon Greene

SOME PLACES WERE MEANT TO BE FORGOTTEN

Cooper Bay has dreamed his whole life of acting. So when his brother Nick surprises him with a leading role in a B-horror movie, Cooper can’t say no.

The only catch is the team’s filming location is off-limits to the public. Yet, that doesn’t sway film director, Luca Sanchez. He’s set on trespassing North Brother Island, an abandoned isle in the middle of New York City set aside as an avian reserve for a bird that no longer graces its shores.

Ready to make a movie, Cooper and his new film mates cross the East River to shoot their scenes among the restricted island’s decaying ruins. But a day into production fellow actor, Riley Cannon, goes missing, leaving only a smear of blood on a nearby tree.

Cooper swears he heard something in the woods before Riley went missing, but no one believes him. Once the screams begin to rise, Cooper wishes he had never signed up for this real life horror story.