Another Back In My Day

I think I might be the only mom in the world who didn’t post the first day of school pictures of their kids on Facebook. I’m not even sure I will do it at all. My news feed is so full of first day of school pictures, that when I saw a pic of a dog, I was trying to figure out whose kid it was. I have nothing against seeing all the first day of school pictures. In fact I rather enjoy seeing my friends kids all dressed up in their new back to school clothes, crisp clean backpacks, and hair all brush and done up. I wonder though if my friends who don’t have kids get tired of seeing their timeline inundated with these pictures for at least a week if not longer. Is there a filter for that? Back in my day (yes I just said that), our parents didn’t have Facebook to show off their kids. They just ordered about 20 wallet size pictures and mailed them to relatives and close friends. For the casual friends, they had to wait until they saw them in person and they would grab their very thick with pictures wallet and show them off. I remember the wallets had sleeves that would get scratched up and turn yellow with age. They would get so bad you had to take the picture out of them to show them off. It was okay though, because when your birthday or Christmas came around you would get a new wallet and transfer all the pictures from the old one to the new one, throwing out the old coupons you forgot about and the business cards of people you can’t remember.  Can you even find wallets with sleeves for pictures anymore? 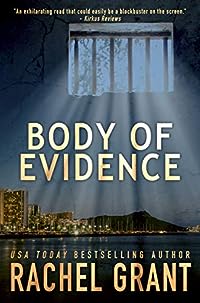 And she thought facing a firing squad was bad…
When archaeologist Mara Garrett traveled to North Korea to retrieve the remains of GIs lost in combat, she never imagined she’d be arrested, convicted of spying, and sentenced to death. Her only hope is Curt Dominick, a powerful and ambitious US attorney who has his own reasons for wanting Mara back on US soil.

What starts off as a rescue mission morphs into a race across the Pacific. Someone is after Mara, and they’ll risk everything to stop her from reaching Washington, DC. Curt and Mara have little reason to trust each other and every reason to resist the heat that flares between them. Still, desire clashes with loyalty when they uncover a conspiracy that reaches the highest levels of government. 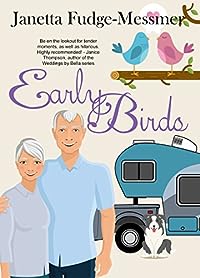 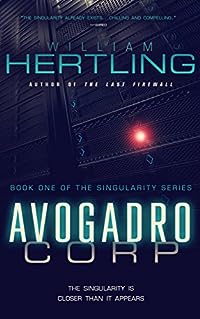 Avogadro Corp: The Singularity Is Closer Than It Appears (Singularity Series Book 1)
by William Hertling

David Ryan is the designer of ELOPe, an email language optimization program, that if successful, will make his career. But when the project is suddenly in danger of being canceled, David embeds a hidden directive in the software accidentally creating a runaway artificial intelligence.

David and his team are initially thrilled when the project is allocated extra servers and programmers. But excitement turns to fear as the team realizes that they are being manipulated by an A.I. who is redirecting corporate funds, reassigning personnel and arming itself in pursuit of its own agenda. 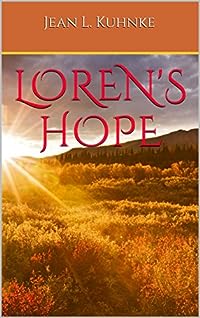 1889 – After the death of her mother, Loren, with the help of Joey, is about to escape her evil captors when they decide to sell her to the local brothel in exchange for a real woman. Loren is perceived as a child as thin as a rail with mud caked hair when Old Tom and his boys come across Thad Walters on their way to town. Rather than take the chance that Miss Pearl won’t offer him enough money for a visit at Pearl’s brothel, Old Tom decides to convince Thad to buy her.
Thad knew that he would do everything in his power to get the child away from the men that had her tied behind their horse half dragging her to town. When he finally payed them enough to get four steak dinners and one roll in the hay for Old Tom, he took her to his ranch planning to take the child to the next town where she could be taken in by a good family.
To his surprise, when she got all the mud off, he found her to be a beautiful woman, not a child at all. 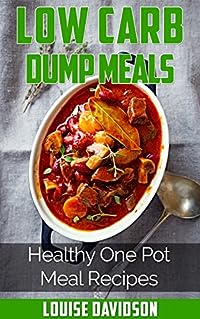 We often have crazy busy lives and are not always in the mood to cook an elaborate meal for our family. It is with this in mind that this book was designed with simple, easy to put together in one pot meals. And since the meals are low carb, they are healthier for your family. Avoiding eating process food and high sugar content ingredients that are harmful for your health, you might even lose weight and definitely feel more energized.

Dump meals in this cookbook are prepared in 30 minutes or less in 3 easy steps:

1.Prepare, often ahead of time, your ingredients,
2.Literally dump them in one pot, be it a slow cooker, Dutch oven, stir-frying pan, bowl, ect.,
3.And then, all you need to do, is let your dump meal cook and you are done!

With so many advantages, dump meals are a practical, quick and easy solution for all your family meals to let enjoy more time and be healthier.