Babypuppybabypuppup Is A Real Word

Just when I thought my sweet pup Casper couldn’t get any more chicken, he ups his game. Yesterday was my youngest’s first soccer practice and Casper has decided that my baby basset’s soccer cleats are THE ENEMY!!! When my son pulled his brand new shoes out of the box, Casper declared WAR! The enemy has landed! INVASION!  YAP YAP YAP YAP YAP!!!! I don’t even have time for this. What on Earth is he carrying on about. If my son had them on, and he was walking around with them, making that loud noise that they do, is one thing, but they were just in a box. I can’t even. NO…I refuse. I’m just going to say it. Casper needs to Dog-UP! I know that’s not a popular thing to say. Casper.. you are 8 months old. You are not a baby anymore. FOR GOSH SAKES…YOU ARE A TERRIER!! Breeds known for their bravery, and that is just a shoe. I know I babied him too much. This is on me. No more though. From now on he is a dog, not a puppy. (sigh) MONDAY! Training begins on Monday (snuggling my babypuppybabypuppup.) 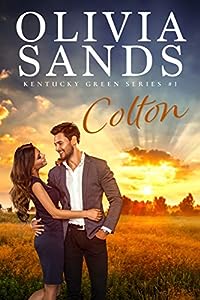 Welcome to the small town of Elm Ridge, Kentucky, where you’ll swoon, smile, and fall helplessly in love with the Green family.

Colton Green thinks he’s got life all figured out. He’ll run the Red Widow Bourbon factory — a business that’s been in his family for generations — build a beautiful home, marry a nice country girl, and start a family. After all, family is what the Greens are all about.

But all those perfectly laid out plans fly out the window the second he meets Grace Baker. There’s no room in his life for the big city legal eagle who’s recently joined his uncle’s law firm.

How could she fit in his plans when she’s accepted a case against his best friend? How could he still be drawn to her? And how will he stay away from her if she settles down for good in his small town?

Each book in the KENTUCKY GREEN small town romance series can be read on its own. 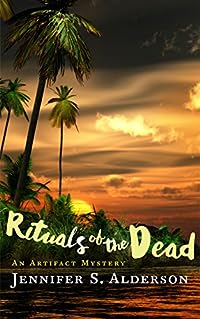 A museum researcher must solve a decades-old murder before she becomes the killer’s next victim in this riveting dual timeline thriller set in Papua and the Netherlands.

Agats, Dutch New Guinea (Papua), 1961: While collecting Asmat artifacts for a New York museum, American anthropologist Nick Mayfield stumbles upon a smuggling ring organized by high-ranking members of the Dutch colonial government and the Catholic Church. Before he can alert the authorities, he vanishes in a mangrove swamp, never to be seen again.

Amsterdam, the Netherlands, 2018: While preparing for an exhibition of Asmat artifacts in a Dutch ethnographic museum, researcher Zelda Richardson finds Nick Mayfield’s journal in a long-forgotten crate. Before Zelda can finish reading the journal, her housemate is brutally murdered and ‘Give back what is not yours’ is scrawled on their living room wall.

Someone wants ancient history to stay that way — and believes murder is the surest way to keep the past buried.

Can she solve a sixty-year-old mystery before decades of deceit, greed, and retribution cost Zelda her life? 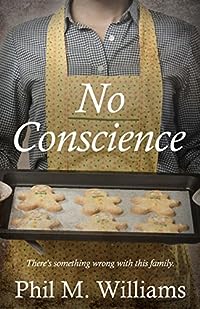 No Conscience
by Phil M. Williams

There’s something wrong with this family.

Mary Shaw’s the doting mother, showering her children with gifts from the heart and the pocketbook. Wes Shaw’s different than his siblings — darker, awkward, the perpetual ne’er-do-well.

There’s no neutral ground, no place to hide. Ultimately, each family member must make a choice with irreversible consequences. 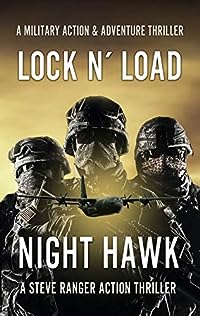 It was supposed to be a simple mission.

Air-drop into the hot zone and save the red cross team on humanitarian aid who stumbled upon a sinister plan of terror intended to unleash absolute terror on US soil, the biggest since nine-eleven.

Nighthawk and his SEALs braved storms of gunfire, outwitting the enemy forces that numbered them more than hundred to one before finally escaping with their objective. Little did Nighthawk know that this was merely the start to a much more sinister plot that had unfathomable reaches into his organization.

And as the puzzle unraveled into a complex plot of deceit and betrayal, Nighthawk questioned his own resolve and his organization’s integrity. When all else failed, all that is left for Nighthawk to survive this hellish adventure was his ability to think crystal clear under intense stress, his highly trained SEALs and his personal motto of Nobody Gets Left Behind. 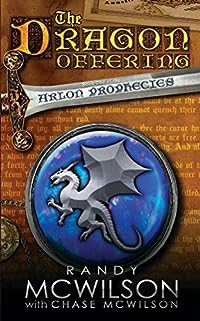 The Dragon Offering: Book One of the Arlon Prophecies
by Randy McWilson

Arlon was the most important person in his kingdom, and he hated it.
He was one of only a handful of people in the Five Civilized Kingdoms born with the birthmark. He was a Child of the Mark. A Chosen Child.
A Dunamai.
The ancient prophecies were clear… seven Dragons would rise to power. Six had come and gone over the past 6300 years, the majestic Seventh Dragon was about to be born. Terras Telos… the final prophesied Dread Guardian to rule over the world.
Only a Dunamai could approach a Dragon. Only a Chosen Child could make an offering to the newborn Dragon. The stakes were unimaginably high… and Arlon knew that only one of them would be accepted. His entire teenage life had been a preparation for one single day… the day of the Dragon Offering.
No one could have ever imagined the incredible and tragic series of events that would be unleashed by a young man’s simple desire to be free.