I don’t really know anyone who goes that nuts for pumpkin spice. I personally only like the pumpkin bread and the candles, but not much else. I keep hearing on TV and the internet that pumpkin spice season is right around the corner, and everyone is going nuts. I don’t see anyone going nuts. Well…not for pumpkin spice. More for things like getting cut-off on the highway or because their kid is driving them to insanity, but not really anything pumpkin spice related. I’m beginning to think that there might not be a pumpkin spice craze as much as we were lead to believe. If people were going to go crazy for something, I would think more chocolate related. I will keep my eye out for that and join that group of crazed people. That would be more my crowd I think. 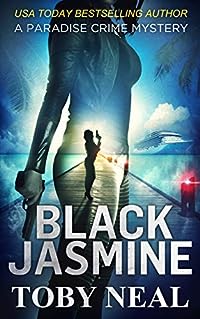 The teen in the car at the base of the cliff is no suicide.

When a nameless young girl is found in a crashed vehicle on the rocks of one of Maui’s black lava cliffs, Detective Lei Texeira can’t rest until she finds out what really happened. She blazes through all the wealth and poverty of Maui island society in her quest for justice even as she faces the personal demons of commitment and revenge that threaten the only real love she’s ever known.

That girl should never have crossed me.

I know who I am — a procurer of beautiful things for people who can afford them. Men and women for pleasure, fine art for collectors, and money for the mob. Lei Texeira is nothing but an annoyance. I’ll take everything she loves, burn down her house, and take her life, too… just because I can. 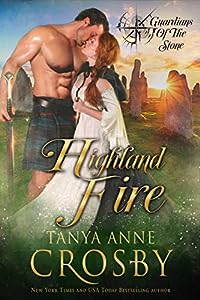 Embark on a journey into magical Medieval Scotland, to a time when the shadowy Picts are in peril of vanishing from the annals of history, and Scotland itself will arise as a nation from the ashes of betrayal.

A Clash of Clans.

From the Borderlands to the Highlands, Scotland’s seven kingdoms are in conflict. Struggling to unite the kingdoms altogether, King David seeks an alliance with the fierce, but reclusive mountain Scot, Aidan dun Scoti. But only one woman will tempt Aidan — the accursed beauty whose father once betrayed his clan.

She has been offered a choice: Kill the dun Scoti or lose your only beloved son. Offered in marriage by David of Scotia as a guise for peace and cursed by Aidan’s people for the sins of her father, Lìleas MacLaren is the one woman Aidan believes he is immune to. She is also the one woman who could bring the chieftain to his knees. 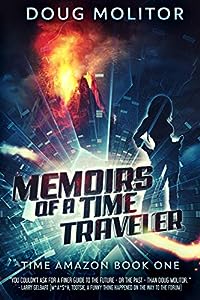 In this fast-paced, thrilling journey through time, archaeologist David Preston comes into possession of a baseball supposedly signed by the legendary Ty Cobb in 1908, thanks to Ariyl Moro and her mysterious companion, Jon Ludlo. Except the ball tests out to be an impossible paradox. It was signed with a ballpoint pen (not invented until 1938) using ink that’s several centuries older. But then, Ariyl and Ludlo aren’t who they claim to be either.

Ariyl, a voluptuous 6-foot-3 beauty, turns out to be a tourist from a 22nd century paradise where time travel is the latest craze. Unbeknownst to her, however, her traveling companion, Ludlo, is a psychopath whose thefts are starting to alter history. In a world were even small changes in the timeline can cause catastrophic consequences, Ludlo’s actions may completely destroy the future.

To stop Ludlo, David and Ariyl must solve a mystery involving Bronze Age swordsmen, modern-day Nazis, a steampunk world, Albert Einstein, some highly skeptical Founding Fathers, and a Golden Age Hollywood where the murder of a beloved movie star will spell doom for civilization. 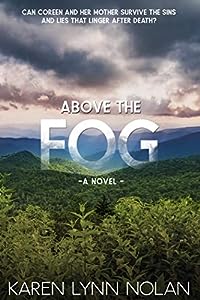 Above the Fog: Appalachian Fiction
by Karen Lynn Nolan

When her abusive father swears an oath on her thirteenth birthday that could destroy her family, Coreen Shell prays to a God she doubts even exists. The next day, a flood washes through their coal camp in southeastern Kentucky, sweeping away the life she’s known. Now Coreen, her mother, and her crippled grandmother must climb the mountain to find refuge in a small, backwoods church.

Coreen is about to learn that the sins and lies of our past can leave a legacy of pain and destruction for generations to come.

General Content (G) (I): Contains little or no; sexual dialogue or situations, violence, or strong language. May also contain content of an inspirational/religious nature. 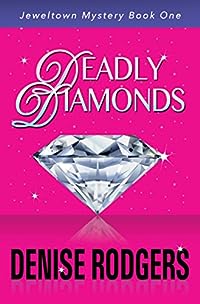 What do you do when your husband leaves you for a “scruples-free, low-life tart” who looks a lot more like your old Barbie doll than you do? If you’re Bella Blumer, you complain to every friend, relative and customer that has at least one working ear to their name. And if you do this for a year, and your ex shows up dead on the anniversary of your divorce? Well, chances are, even if you are innocent (of murder, anyway), the world will assume you’re guilty. With no time to spare, jewelry designer and store owner Bella must deal with the local detective who used to be her secret crush in junior high, a mother who is determined to fix her up with a nice young man (anyone under sixty qualifies), a love-crazed suitor (one of her mother’s fine choices), one lawyer who thinks she’s guilty and another who’s ready to get serious – all while working like crazy to clear her name!