I have no idea what was in my backyard at 5 this morning, but whatever it was freaked my poor pup Casper. I turned on the yard lights, and put Junebug and Casper out to do their business like I always do, and usually it’s not a big deal. This morning though, the excitement was a level 8.  There was one huge YIPE, then several fierce barks. I ran out quick to save my babies, but when I got out there, there was nothing. Since Casper is an all white pup, it was easy to see that he was not harmed, and a quick survey of the yard revealed nothing. It very well could have been Casper was spooked by Junebug and when he got all excited she joined in. That happens daily. When I still had Ellie Mae and Jethro, my two large pups, I never had a fear of letting them out in the yard. They could handle just about any wild animal they can across. In our yard that wasn’t much. Rats, opossums, and an occasional cat. With my two pups whose combined weight doesn’t equal that of my cat’s weight, I am a bit more cautious. Heck.. a large bird could fly off with my babies pretty easily. Hmm… do I get a large dog to protect my small dogs? 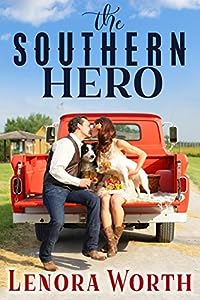 The Southern Hero (Driftwood Bay Book 2)
by Lenora Worth

When reclusive war hero, Sam Hinson, is asked to be the best man for his friend Brodie Steven, he heads to the small town of Spirit, Louisiana, only to find out from the bride’s gorgeous older sister that he needs to deliver the “best man” speech at the wedding reception. He doesn’t like to even be in a crowd, let along speak to one.

Still hurting from her ex-husband, Madeline Sonnier Parker is ready for a little temporary romance. She tells Sam she’ll help him write his toast to the bride and groom if he’ll help her aggravate her ex-husband. But Sam’s been used before, and after being around Madeline, he decides he wants more than what she’s willing to give.

Their pact sets off a string of revealing old hurts and new fears as Sam and Madeline come together. But once they begin opening up to each other, they realize that this wedding bargain might just be the start to something more… 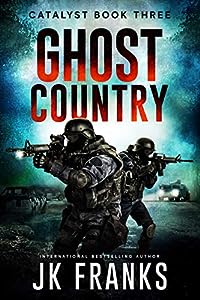 Two years ago, a super solar-storm, triggered a CME pulse that crippled the country and destroyed the electrical grid. What remains of the country’s leaders are hiding a secret; something that threatens not just the U.S. but the entire world.

The Gulf Coast town of Harris Springs, Mississippi has suffered from gang attacks, famine, hurricanes and battled a crusading army of religious zealots.Now, they face their greatest challenge. Outsmarting a tyrannical President and escaping an approaching pandemic.

The fractured military leaders are beginning to come to grips with the facts of America being ripped apart at the seams. They must act to give the remaining population any chance for survival. As the nation falls apart in the aftermath of civil war, the survivors must decide how far they will go to save the ones they love. 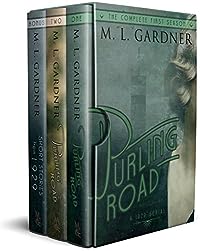 The 1929 Series continues with Purling Road: A 1929 Serial followed by Short Stories from 1929 as a FREE bonus!

After the terrible accident that nearly claimed his friend’s life, Caleb quits the fishing business and returns to his farm, disrupting Jonathan’s plans for growth. Though the men must continue on without him, tension remains between the friends.

The strain intensifies when a chance encounter with the new sheriff of Rockport sends chills down Caleb’s spine. What is it about Sheriff William that unsettles them all? David’s return to Rockport lands him in the wrong place at the wrong time, but it may just be perfect timing for someone else in need.

A handsome stranger catches the eye of the adorable and frantic Muzzy Brown. What are his intentions in town, and will she slow down long enough to find out? A family secret is discovered in Jonathan’s attic, leading him to question everything he knew about his past.

More secrets from the past are revealed, complicating the group’s lives even further. Aryl is tempted by old demons. Jean’s birth mother’s reputation becomes a source of pain for Jean. The tension between Jonathan and Caleb finally comes to a head.

Will they forgive each other, or will they go their separate ways for good?

In Season Two of Purling Road, the financial hardships are temporarily eased as Jonathan and Aryl find success with a new business venture. Even with this small reprieve, everyone is faced with a long, hot summer. Relationships are brutally tested. Some are broken, never to be the same again and even Maura finds it difficult to help her friends.

The fuse is lit when boredom and frustration lead Claire, Ava, and Arianna to a girl’s night that reincarnates Arianna to her former glory. After suffering a loss, she reaches her breaking point and Caleb is left to deal with the aftermath of her destructive decisions.
Ruth moves to town with her son and finds the women welcoming her friendship and advice.

Tempers rise faster than the tide when Claire makes a decision that Aryl can’t live with. Ava and Jonathan welcome a new member of the family, and soon after, she is forced to reveal a carefully guarded secret, but not before Jonathan assumes the worst.
With her paper on more solid ground, Muzzy is forced to take drastic action to save her reputation, taking Rockport by surprise.

As everyone focuses on their own crises, it becomes increasingly hard to come together — the only thing that has saved them in the past. Season Two is nothing short of explosive as everyone must look within themselves for answers.

“It was a hard, grueling time touched with some form of deprivation and heartache or another. And, as Maura scanned her own memories, it was a time that not a single other generation would ever fully understand.

It was their time.”

Short Stories from 1929 is the first set of short stories woven from the threads of the novel, 1929.

More than forty years after the Great Crash, Maura gathers friends and family for an evening of storytelling. From the tales she crafts a book for Jonathan, who has suffered a stroke and is now bedridden.
Loved ones narrate accounts from long ago, moments mentioned but never fully explained in the novel, 1929 by M. L. Gardner. 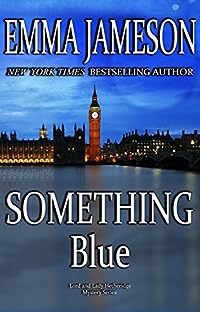 Anthony Hetheridge, ninth baron of Wellegrave and chief superintendent for Scotland Yard, will marry Kate Wakefield in three weeks. It’s inevitable–the invitations are out, the flowers are ordered, the cake is chosen. But murder waits for no man, and no wedding.

In London’s prestigious West End, a disgraced CEO has been murdered at Hotel Nonpareil, an exclusive destination. No one, it seems, liked Michael Martin Hughes. Not his estranged wife, Thora, or his defiant son, Griffin. Not Hotel Nonpareil’s manager, its head of security, or perhaps even the two most important women in Hughes’s life: his future bride, Arianna, or his secret girlfriend, Riley. And before Hughes died, he incurred the wrath of none other than Sir Duncan Godington, longtime nemesis of both CS Hetheridge and DS Paul Bhar.

Hetheridge, Kate, and Bhar find themselves under tremendous pressure to uncover the killer as fast as possible. Have Scotland Yard and Downing Street lost confidence in Hetheridge? Find out as you return to the world of Ice Blue and Blue Murder in Something Blue, the third in the New York Times bestselling Lord & Lady Hetheridge mystery series. 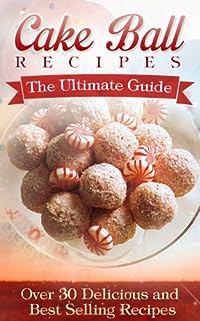 Cake balls are a trendy treat that you can easily make at home. The sweet desserts are easy to make and you can customize the treats by using your choice of cake mixes, icing and edible decorations. You can even make the cake balls more portable by adding lollipop sticks and voila you now have cake pops! We have collected over 30 of the most delicious and best selling recipes from around the world. Enjoy!