I really like the act of going out to buy fresh donuts. I love walking into the donut shop wearing pajamas, just like half of the other customers, and the wonderful scent of those delightful goodies filling my nose as soon as I open the door. The anticipation you feel while you stand in line and survey the different shapes and decorations of the multiple varieties of donuts on the other side of the glass. I love when I make it to the front of the line and the baker behind the counter gives you the signal by click clicking the tongs, brown bag at the ready, and with a smile asks you what you would like this morning…click click. You rattle off the different names of donuts, and see the trays of each flavor being pulled out and returned with the swiftness of an gazelle. The sound of a paper bag ruffling reassures you your every wish is being fulfilled. With one last review of the display to make sure you didn’t miss anything, you end your order. The warm bag is sealed and you carry it out with the same care you would give a baby. The smell instantly fills your car as you head home to your family, who is waiting with cold glasses of milk. All of that is wonderful. Problem is I hate donuts. Way too greasy, and I get a sugar headache from just one bite. That’s odd since I can eat a whole chocolate cake without an issue. What a Shame. 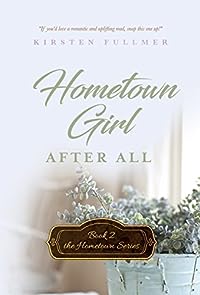 Hometown Girl After All (Hometown Series Book 2)
by Kirsten Fullmer

Julia lost everything while she was ill. Self-conscious and alone, she’s moved to Smithville to start over, determined to hide away in her rundown Victorian house. Little does she know, she can’t hide anything in a small town, including her interest in the deliveryman.

Resolved to keep his life simple, Chad has his hands full running his delivery business and supporting his adopted family. So why can’t he get that withdrawn city girl, Julia, off his mind?

Will the eccentric but well-meaning Smithville folk push Julia and Chad to open up, or will the emotional toll drive them both back into seclusion? Find out now in this hometown love story. 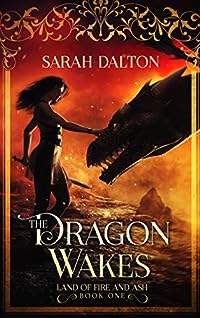 A world built on the tales of dragon kings. Powerful brothers at war. An orphan girl sold as a bride.

Long ago, the Kingdom of Estala was a place of dragons and sorcerers. Those with magical powers were more than human, they were Menti. But now Menti sorcery is outlawed by the capricious king, and those who wield it are hunted down by the fanatical Order of Insight to be made into slaves, or worse, executed.

Two young heroes find themselves unwillingly thrown into the centre of these uncertain times. Prince Luca, King Davead’s second son, has always been the sickliest of the royal children, but in a shocking turn of events, Luca finds himself at the heart of a magical power so great it may consume him forever. If he fails to control those powers, he could be put to death by his own father. Reva Avalon grew up believing she would marry her childhood friend, Prince Luca. But after she is orphaned in the Menti uprising, the King of Estala sells her to his most feared general instead. Young and frightened, but still strong-willed, Reva must survive a harsh new life away from the palace. 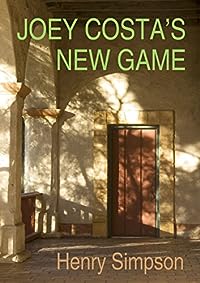 After ten years defending mobsters, Costa leaves the shady clientele and stress of his Los Angeles law practice for a more sedate life selling real estate in upscale Montecito. He has mixed success at his new game, but his past reputation attracts clients who hire him to solve their thorny problems by means legal and otherwise. Among them are Ken Pell, an art professor who wants out of an illegal contract to forge fine art for a malevolent cocaine distributor. Costa must find a way to do the job without getting himself or his client killed or alerting law enforcement. A Costa associate is involved in a Las Vegas murder. Vegas police assign Detective Sgt. Sandra Lawler to solve the crime. She tracks the likely killer to Santa Barbara, identifies Costa as a person of interest, and must determine whether he colluded with the killer in murder. 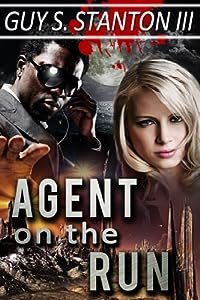 Agent on the Run (The Agents for Good Book 5)
by Stanton III, Guy

Kicked out! The agency is done with him all because of something beyond his control. Now what?

Utah had a job and then he didn’t, but he actually still did. He just couldn’t tell anyone about it. Why did he have to be tasked with something so important? He wasn’t qualified for it, but the Agency said that he was. Didn’t matter he had the job. All he had to do was save the Agency for Good or something close to it and he had to do it alone. The problem was that he couldn’t. It’s been said that behind every great man there’s a great woman and such is the case for Utah. He finds a girl with issues that has a heart of gold and a killer right hook. The mission he’s been tasked with unfolds and everything is not what it seems. The fight to save the Agency from an unseen threat becomes more of an effort to save humanity than the simple assignment guidelines that he was given, but the important thing is to remain fluid and flow with the situation as it gets worse and worse. 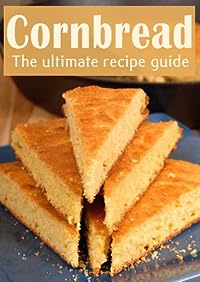 Cornbread has been a staple in the American and more specifically the Southern diet since colonial days when corn was far more plentiful than wheat, which was typically imported from England. Several hundred years of making cornbread has allowed cooks to evolve the recipe into a wide variety of iterations. We have collected the most delicious and best selling recipes from around the world. Enjoy!