I woke up in the middle of the night and couldn’t get back to sleep, so I turned on the TV to watch a few minutes of a B movie called “Planet of the Sharks”. You can imagine from the title, it wasn’t the scariest movie I have ever seen. After about ten minutes of that I was able to get back to sleep. My brain, being the jerk that it is and inspired by the movie, decided that this would be a good time to have a nightmare. Big surprise, it had sharks in it. One of my biggest fears are sharks, so my brain wasn’t taking a big gamble creating a nightmare about sharks for me. It was a sure thing! The problem was, my brain had my nightmare take place in the woods. Even in a dream, where you can believe anything is real, having sharks in the woods didn’t make sense. The sharks weren’t even in lake or a stream. No water at all in the entire dream. But there were sharks. Geez brain.. you’re not even trying. It’s just this kind of laziness that.. well.. didn’t make me mad, just disappointed. My brain was being lazy and sloppy and I just don’t appreciate it wasting my time like that. Next time try to be more creative. Give the sharks legs, so they can be landsharks or something and be at least a little believable. 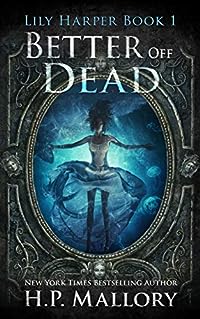 Warning! Guardian Angel Bill is in a word… uncouth. You’ll either love him because he’ll make you laugh until you pee or you’ll absolutely hate him and decide to leave me a one-star review because he’s destroyed the sanctity of your life. So… if you’re easily offended, please don’t read this series!

If there’s such a thing as luck, Lily Harper definitely doesn’t have it.

Killed in a car accident before it’s her time to go, Lily learns that the hereafter isn’t exactly what she hoped it might be.

Learning that Lily’s death was indirectly their fault, Afterlife Enterprises offers Lily the chance to live again but beware the fine print. Most notably, Lily will become a soul retriever, venturing into the bowels of the Underground City to retrieve souls that were mistakenly sent there during a Y2K glitch.

As if risking her second life in the Underground City wasn’t enough, Lily’s guide is none other than her incompetent, alcoholic, womanizing guardian angel, Bill. Lily’s future isn’t looking bright.

Finally, there’s the legendary bladesmith, Tallis Black…
As Scottish as his kilts and heavy brogue, Tallis Black is a centuries-old Celt who, for reasons only known to him, offers to train Lily and act as her escort into the depths of the Underground City. Dark, brooding and definitely dangerous, Lily knows she shouldn’t trust Tallis, but desperate times call for desperate measures.

Between soul retrieving in hell, dealing with Bill and trying to figure out what’s in it for Tallis, Lily wonders if maybe she would’ve just been better off dead. 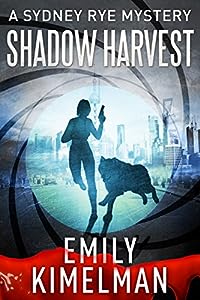 Justice with a vengeance.

Imagine if your best friend went missing. How far would you go to find them?

When Sydney Rye’s friend and mentor, Merl, goes missing in Shanghai, she and her faithful dog, Blue, rush to the People’s Republic to track him down. Following Merl’s trail leads Sydney to probe deep, dark corners of corruption where she witnesses atrocities making her already cold blood freeze. With time running out, and powerful forces closing in, Sydney is willing to risk everything to save her friend, but will everything be enough? 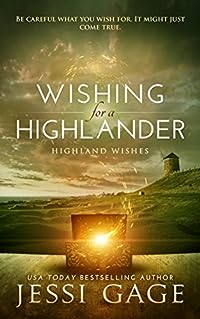 Wishing for a Highlander (Highland Wishes Book 1)
by Jessi Gage

Be careful what you wish for…
Single-and-pregnant museum worker Melanie voices an idle wish while examining a Scottish artifact, that a Highland warrior would sweep her off her feet and help her forget her cheating ex. The last thing she expects is for her wish to be granted. Magically transported to the middle of a clan skirmish in the sixteenth-century Highlands, she comes face to face with her kilted fantasy man.

Tall, handsome, and heir to his uncle’s lairdship, Darcy Keith should be the most eligible bachelor in Ackergill. Instead, thanks to a prank played on him in his teenage years, he is known for being too large under his kilt to ever make a proper husband. “Big Darcy” runs his deceased father’s windmills and lives alone at his family manor, believing he will never marry.

But a strangely-dressed woman he rescues from a clan skirmish makes him long for more. When the woman’s claims of coming to Ackergill by magic reach the laird’s ears, she is accused of witchcraft. Darcy determines to protect her any way he can, even if it means binding her to him forever. 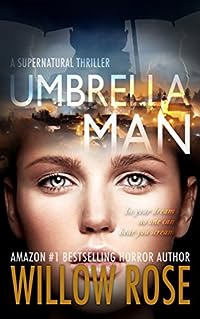 In your dream, no one can hear you scream.

When the body of the teenage boy, Julian Long, is discovered in the Green Swamps of Florida, the citizens of Bushlake know the city will never be the same again. Julian was popular, loved by all, and the circumstances of his death are more than strange.

What secrets is the boy in the swamps hiding?

Stephanie Boulder has returned to the town after fifteen years to take care of her grandmother, who is terminally ill. She writes for the local paper and as soon as she starts digging into the story of Julian Long, she discovers secrets deep within the town’s history. Secrets so cruel, so profoundly buried, uncovering them will put her life in grave danger.

What if dreams weren’t just dreams? Would you dare to sleep again?

Desperate for answers, Stephanie embarks on a journey that spans beyond her beliefs, heading towards a terrifying nightmare, trying to figure out who the Umbrella Man is.

Umbrella Man is a page-turning supernatural thriller from the Queen of Scream, Willow Rose. It is fast paced and packed with suspense. This is one book you don’t want to miss.

Fans of Stephen King, Blake Crouch, Paula Hawkins, Kendra Elliot and Robert Dugoni will be gripped by this page-turning supernatural thriller, guaranteed to keep you reading till the next morning. 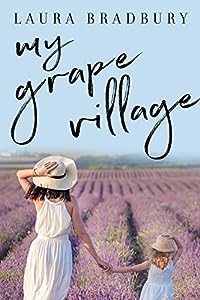 My Grape Village (The Grape Series Book 5)
by Laura Bradbury

Five years after MY GRAPE ESCAPE, Laura and Franck are back in Burgundy to tackle their newest project, a derelict 16th-century winemaker’s cottage located behind Franck’s family home.

Navigating the different rules for raising children and managing a family in a small French village prove every bit as challenging for Laura as learning to drive a stick shift through narrow streets or arguing with tyrannical French officials over paint colors (spoiler alert: any color as long as it’s gray). Come along on this evocative and honest journey where love, coupled with good French food and local wine, pave the way to la belle vie.