Best quote of the day…possibly the year. ” Guys, please recycle. We wanna leave a better world for Betty White when we’re gone.” 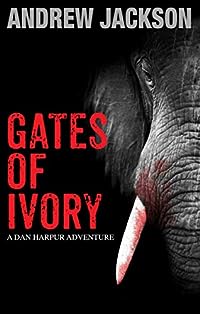 Gates Of Ivory: A Dan Harpur Adventure
by Andrew Jackson

He’s a killer seeking revenge. She’s bound by the law in a lawless land. Both want the same thing, but who’s using who?

Dan Harpur, a former SAS trooper, is on the run. He’s wanted for murder on two different continents, but his love for Heather Walsh, an investigator for the Wildlife Investigation Agency, brings him out of hiding. To protect her he must take on both African warlords and organised criminals, whilst avoiding his own arrest.

So valuable are the tusks of elephants that the besieged population of the Hwange National Park face a new and deadly threat. Ivory is being used as currency to buy weapons – fuelling war and making determined criminals rich in the process. Heather Walsh uses every tool at her disposal to save the elephants of the park, but the poachers are winning.

War and organised crime are tearing Africa apart. Dan and Heather team up once again in a battle to save the elephants of Hwange, risking their own lives in the process.

The sequel to “The Bone Farm”, this action-packed novel continues the adventures of Dan Harpur and Heather Walsh. It highlights the trade in ivory, the lengths criminals will go to to get their hands on it, and the huge sums of money involved. 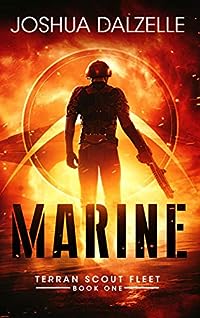 Aliens exist… and, as it turns out, most of them aren’t that friendly.

Jacob Brown wasn’t even born yet the first time they attacked Earth.
He was only fourteen the second time it happened.

When Earth finally came together and fielded its first spaceborne military, Jacob didn’t hesitate to volunteer. Serving aboard a mighty starship, he’d be able to defend his planet — and his family — when, inevitably, they came again.
Just as he’s about to graduate training, however, Jacob is approached by an officer from Naval Special Operation Command and given a choice: volunteer for a risky mission to a dangerous, lawless world, or give up his dream of serving in the military and go home. He has no idea why he’s being singled out in such an unusual manner, but now it’s either agree to their demands or give up his dream of being on a starship.
Soon, getting his career back on the right track will be the least of his concerns when it seems like everyone — and everything — he meets is trying to kill him. When he stumbles upon a secret most people on Earth are blissfully unaware of he realizes it’s not just the aliens he needs to be worried about. 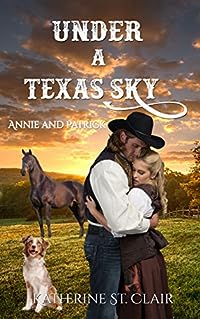 Annie and Patrick: Under a Texas Sky
by St. Clair, Katherine, Marjorie Kramer

A sweet western historical romance story that will touch your heart…

Annie Price is as wild as the land she lives on. Trying to squeeze herself into the confines of a proper lady in 1902 Texas, Annie finds herself veering recklessly from the expected path. She spends her time on Good Prudence Ranch healing the local animals, riding too fast, and living too large.

Patrick Mc Allister lost his dearly loved wife three years ago, but she left him with a special part of herself, Patrick’s five-year-old son. Patrick’s son has been nicknamed “Kick” for a reason; he’s a little boy with a fiery soul and good aim. It has been difficult for Patrick to be both mother and father to Kick but Patrick has been happy with his single status. The rest of the Mc Allister family, however, are not. His father and siblings have begun to demand he find a new wife to raise his unruly tot.

When Patrick’s beloved dog Rooster gets a possibly fatal wound, Patrick has to decide if he will overcome a long-standing feud between neighbors Price and Mc Allister to have Annie save Rooster’s life, or let tradition keep them both from entering into the other’s world.

When Patrick’s son, Kick, makes the terrible mistake of kicking the town pastor, Patrick’s father, Pate, has had enough. Patrick’s first wife was a mail-order-bride and Pate writes to her family for one of her sister’s to come and take her place as Patrick’s new wife.

Annie has turned down two previous marriage proposals and Annie’s mother, Constance, will make sure there is a third one. Constance makes arrangements with a local family and Annie is pressured to leave behind her wild ways for a new life, that of a proper young lady… 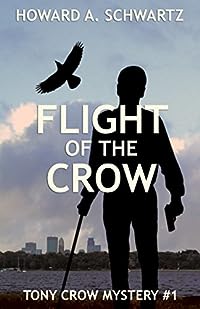 When an on-duty injury forces Tony Crow into early retirement, the former cop starts over as a private eye. His first job should be a piece of cake — but as Tony works to locate a vanished woman, he’ll face a daunting set of obstacles in this sharply drawn tale. 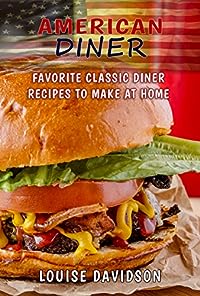 There is something magic about eating diner food. It makes us happy… and full! Now you can prepare the most iconic diner meals at home with authentic diner recipes. Your family and friends will love it!

Nothing gets more American than American Diners. It has become the symbol of home, freedom, diversity and ingenuity. Despite the proliferation of fast food chains, the humble diner has retained its own character and identity.

The American Diner has come a long way from the lunch wagons of the late 1800s to the prefabricated eateries that first catered to male workers but later opened their doors to women and eventually became a wholesome gathering spot for grandmas, grandpas, dads, moms and kids.

The portions are generous and the prices are affordable. The menu options include both familiar comfort food and local specialties. You will never leave a diner feeling hungry, the menus are filled with choices of wholesome goodness that satisfies and makes you want to come back.

The recipes here are just a sampling of the dishes we like to go back to at a diner. It’s always good to go back to the things that we’ve found comfort in. Take a break from demanding diets, overly exotic dishes and counting calories. Let’s come home to the food we’ve always loved, the food we’ve grown up with. Let this be a celebration of authentic recipes that have occupied a large part of our lives and culture. As you try each recipe, you’ll realize that everyone has a story to tell. The recipes are simple, and yet they soothe and satisfy. In this cookbook, let’s let the recipes do the talking.

All recipes come with an image, a detailed list of ingredients, the cooking and preparation times, the number of servings, easy to follow step-by-step instructions, and nutritional information per serving.