My Brilliance is Scary

My oldest basset’s first day of junior high is tomorrow. While other moms and dads are crying about how their babies are growing up too fast, I am informing my child that he has to get out there and make a bunch of friends and do cool stuff because I am going to live vicariously through him. I am making him a list of all the stuff I wished I had done in junior high, but because I was too chicken, I didn’t do. Everyone talks about if they could go back in time, what they would change. Well guess what! You can just live through your kids. Why hasn’t anyone thought of this yet? This is the perfect solution. I think I might trademark this method. Seriously! What could go wrong? 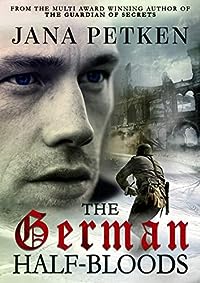 Germany, September 1939. At the outbreak of War, Dieter Vogel and his family face catastrophic events and separation as each member embarks on their deadly paths towards survival, love, and freedom.

Dieter Vogel, a German industrialist, believes in protecting his family at all costs, but in a bid to keep his English wife and children safe, he is plunged into a well of deceit that tears the family apart.

Doctor Paul Vogel is coerced into working in the Nazi eugenics programme and soon discovers that sterilising handicapped and mentally-ill Germans is just a prelude to a more lethal plan against those the Reich deem unworthy of life. Paul, trapped by the SS, seeks help from the unlikeliest of people and is plunged into a world of espionage and murder.

British Army Major, Max Vogel, is attached to The British Intelligence Services and Winston Churchill’s Special Operations Executive. His missions in occupied Europe are fraught with danger, and his adulterous affair with a woman he cannot give up leads him deeper into the quagmire of treachery and lies.

Wilmot Vogel dreams of winning the Iron Cross, but when he confronts a mass killing of Jews in Poland, his idolatry of Hitler is shaken to its roots, and he finds himself imprisoned in the infamous Dachau concentration camp with no release date in sight.

Hannah Vogel has no ambition other than to marry her English fiancé, Frank, before the lines of war are drawn. Against her father’s wishes, she leaves Berlin on the eve of the German invasion of Poland, but when she arrives in England, she learns that Frank is not the civilian engineer he claims to be. 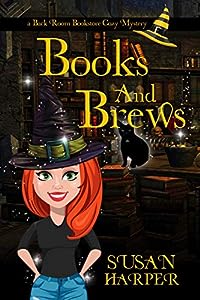 An ordinary murder leads to a perfectly magical mystery.

Monica Montoya is the new owner of the Back Room Bookstore, an ordinary bookstore with a back door to the supernatural realm. When a man is killed at a party, her plan to live a normal life is turned upside down. With the help of a little magic, she seeks to bring the killer to justice. Can Monica keep her secret and protect her friends, both mortal and supernatural?

Books and Brews is part of the Back Room Bookstore Cozy Mystery series. If you like fun paranormal mysteries, you will love Monica and her friends, both human and supernatural. 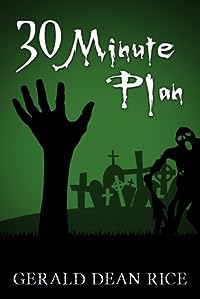 It’s the dusk of the zombie apocalypse. What’s left of mankind is huddled in the husks of the cities of the world. There are fewer of the walking dead, but they are just as dangerous as ever. After scientists come up with the brilliant idea of scent-marking them something goes wrong and a soldier is taken. When a fellow ‘dog’ decides to take matters into his own hands to rescue his comrade he finds the living dead have changed for the worse. Includes an excerpt of The Zombie Archives, now available.

Includes an excerpt from “Dead ’til Dawn”. 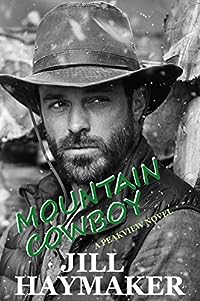 Jill Haymaker brings you back to the picturesque Colorado mountain town of Peakview, Colorado in this story of opposites attract.
Thirty-six year old horse trainer, Tex Ranger, prefers horses to humans. His new job at the isolated Walker Horse Ranch
is exactly what he’s looking for — no females to create drama in his life. He’s had enough of that.

Twenty-four year old, Mary Meyers, lives to travel. When a rock climbing accident in Central America forces her home to her
parents’ ranch to recuperate, she can’t wait to heal and get backon a plane to her next adventure.

The sparks that fly take them both by surprise. They have nothing in common except their fear that falling in love will destroy their dreams.
But dreams change…
COME HOME TO PEAKVIEW, COLORADO WHERE EVERYONE
HAS A CHANCE AT LOVE. 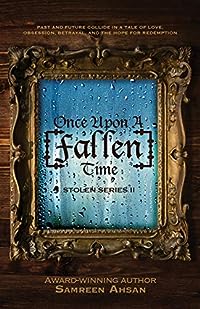 Once Upon A Time ( Series Book 2)
by Samreen Ahsan

2015… All her life, Myra Farrow has been obsessed with medieval castles and the kings and princes who once inhabited them. When Steve Bernard, a wealthy videogame designer offers her to model for a princess character in his new game, Myra can’t resist his offer to enter the mysterious, colourless, and cursed Hue Castle. But unknown to Myra, her soul is bound to it by blood and sorcery. When she enters the castle’s doors, she awakens dark powers, time travelling through a cursed mirror, torturing her present, and rewriting her future, leaving Steve Bernard with millions of questions.

1415… Edward Hue, the last of the Hue royal bloodline, has never stood in the sunshine, nor felt the rain, or held a living flower. Cursed from birth to live in darkness and bring death to all he touches, he is at the mercy of his cruel, tyrannical father King Stefan, who will not rest until he shatters Edward’s soul and makes his son into a diabolical copy of himself. Edward’s one hope is the mysterious woman, who walks into his life through a cursed mirror, out of his dreams, and introduces him: love.

Will Myra break Edward’s curse and bring him out of the darkness, or destroy him utterly?
Will Steve ever be able to finish his game without Myra?
Past and future collide in a tale of love, obsession, betrayal, and the hope for redemption. 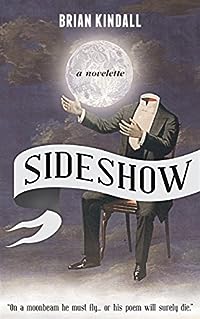 Sideshow: A Novelette
by Brian Kindall

The brothel calls, and Velva Velvetonia, the one-legged trollop, awaits. But who can resist the chance to see Poppy the Pinheaded Poet from the Moon? Not Didier Rain, rogue hero and versifier himself, who takes the bait and pays his dollar. And yet, witnessing the mistreatment of a fellow bard is too much for Didier, and a daring rescue plan is hatched. In this dark comedy of the Old West, we introduce our ne’er-do-well Didier Rain – chief player in the DIDIER RAIN EPIC novels DELIVERING VIRTUE and FORTUNA AND THE SCAPEGRACE – at his finest as a flawed human being. Rain’s madcap acts of bravery as he attempts to liberate Poppy give us some insight into why the gods would later pick him to fulfill the Prophecy of the Chosen One. So sit back and get to know the scalawag behind the legend. Prepare yourself to be amused!