The Number Of Days

This year Summer was just a bad season for some of my favorite veggies and fruits. For some reason I just couldn’t grow a tomato to save my life. Correction. The tomatoes I was able to grow had horribly thick skin, which made it much less enjoyable to eat. This late in the season I think I am just going to cut my losses and rip the three plants out of the pots and save on the water bill. I think my soil must have been just too overused. I thought I added enough nutrient rich soil to them to make up for the older soil, but by the scraggly looks of my tomato plants, that would be a no. On a brighter note, my first attempt at growing butternut squash has been a huge success! I got squash growing all over the yard. I want to take pictures of them, but the bee box is right next to the plant, and they ladies keep chancing me off. I think they know I am the one in the bee suit. I am hoping to make it up to them by feeding them, but the weather has been so hot, I really don’t want to put on a hot bee suit. It’s even too hot at night. Tonight the tomatoes die though. I’m done. 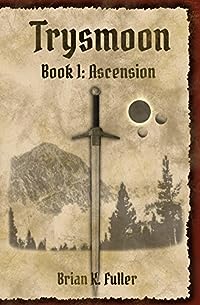 Book 1 of 4: Gen was a bard’s apprentice, his nimble hands meant for the lute and his voice for a song. Then the half-mad and completely bored Shadan Khairn invaded Gen’s village to winter there and start a war. He shoved a sword in Gen’s hands and tormented his body, shaping a bard into a warrior to be killed for sport.

As the days of torture pile up like the snow, Gen’s searches for death. But the day is at hand when the shattered shards of the world will knit together again and the world’s slain god be reborn. The mighty Ha’Ulrich will be the father, the mysterious Chalaine the mother. In dangerous times, the holy couple doesn’t need a bard. They need a warrior. And Gen needs a reason to live. 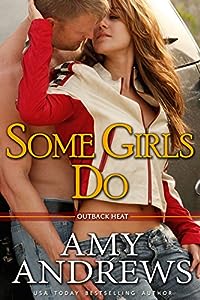 Some Girls Do (Outback Heat Book 1)
by Amy Andrews

Fashion student Lacey Weston is desperate to leave the city and go home to Jumbuck Springs. Her three older brothers are adamant she’s not. They made a death bed promise to their mother that Lacey would stay the distance at design school and Ethan, the oldest, takes this responsibility very seriously. But Lacey is deeply homesick and determined not to be dissuaded again. She’s also impulsive enough to try anything – even faking a pregnancy.

Ex-cop turned mechanic, Cooper Grainger – one of Ethan’s oldest friends – agrees to watch out for Lacey in the city even though he has a history with her he’d rather forget. How hard could it be, right? But a couple of years later, Coop is over pulling Lacey out of scrapes and cleaning up her messes as she tries to outrun her grief and sense of dislocation. He takes her back to Jumbuck Springs so she can persuade her brothers to let her come home. But things don’t go according to plan. Before Coop knows it Lacey’s pregnant and he’s putting his hand up as the fake baby daddy, filling in for the town mechanic and moving in with her at the local pub.

Lacey is thrilled to have won a reprieve but nothing about the situation sits well with Coop. Least of all having sweet little Lacey Weston as his new roomie… 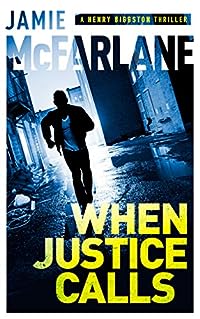 You can take the Ranger out of the Army, but you can’t take the military out of the man. When innocent lives are in danger, justice will be served.

Army Ranger Henry “Biggs” Biggston just can’t seem to fit in. The recently discharged vet desperately wants to put his specialized skills to good use. And when a security gig reveals a stray CCTV clip of shocking sex-trafficking footage, Biggs’ desire to nail the bad guys kicks into action.

Teaming up with a no-nonsense school friend turned cop, the burly ex-Ranger discovers he’s up against a seriously organized crime syndicate. It doesn’t take long for the mobsters to put a price on his head, and the first life Biggs will have to save is his own. Can the ranger save the innocent girls from sexual slavery or will a murderous cartel cut his retirement short?

When Justice Calls is an edge-of-your seat thriller. If you like gritty heroes, non-stop action, and twists you won’t see coming, then you’ll love Jamie McFarlane’s high-octane novel. 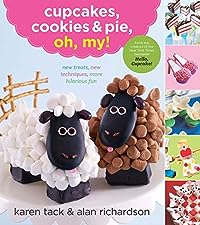 The New York Times-bestselling authors of Hello, Cupcake! and What’s New, Cupcake? are back, applying their oversized imaginations not just to cupcakes but to cookies, pies, cakes, and other treats, with projects that are more hilarious, more spectacular, more awe-inspiring — and simpler than ever.

No sweet treat is safe from their ingenuity: refrigerator cookies, pound cakes, pie dough, cheesecakes, bar cookies, and Jell-O are all transformed into amazing and playful desserts. There’s something for everybody in this book, and every single item you need can be found in the neighborhood supermarket or convenience store.

This enhanced ebook, with five stop-motion videos demonstrating recipes from the book and links that allow you to easily find exactly what you’re looking for, is one of the best ways to experience this phenomenon.

Playing with your food has never been so exciting — or so easy.