If you are looking for an author that won’t disappoint, that will give you enjoyable, but thought provoking, and faith based reads than look no further than author Natasha D. Frazier. She will capture your attention with all of her characters that face real life problems, and the consequences that come with all of these choices. You won’t be able to stop reading her books. Enjoy! 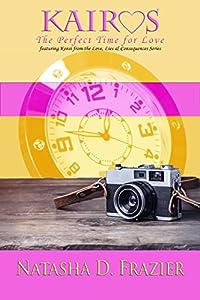 Kairos: The Perfect Time for Love
by Natasha D. Frazier

There is a time for everything, and a season for every activity under the heavens… Ecclesiastes 3:1

Kensi Jacobson believed in that truth with all of her heart, but when she’s up for a promotion for her dream job as assistant editor-in-chief of The Big Apple Chronicle, she hits a roadblock. She put in the work and trusted God for what she believed was her season of elevation, but her boss’ idea of a promotion was to send her to Pepperton, TX for another assignment.
This new assignment pairs her up with a handsome widower, Darren Shaw, who helps her learn that delay and disappointment can sometimes become a catalyst for something greater. Seemingly burdened with the fact that she is the only one in her circle who isn’t married with children and a career that isn’t headed in the direction she planned, she begins to wonder when her time and season are coming. Will Kensi learn that Kairos – God’s perfect timing, is much more powerful than Chronos – her chronological timetable, and trust that things will fall into place at the right time? What begins as a crush to her ego and life plan may become the perfect time for love and everything else she’s wanted. 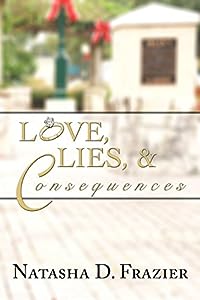 Are you ready and willing to accept the consequences that come along with your choices?

“The true test of my commitment will come when I am actually tested, but it’s nothing I can’t handle… ” So thinks Raegan —and it proves to be a thought that is tested every step of her journey.

Raegan was all set to live a life free of sexual impurities until she met Rico, who challenged her character. Sex outside of marriage isn’t all that bad if you’re going to eventually marry that person, right? After all, Rico did make promises to marry her, but can he hold true to that promise? Raegan had come to believe that Rico could be the one until Caleb, her college love, comes back into her life. Raegan begins to make a series of choices that lead to consequences she wasn’t prepared to face. Will her faith sustain her? 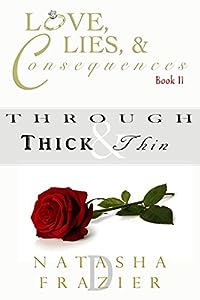 Engaged, pregnant, and unsure of her baby’s father, Raegan’s troubles have multiplied. In the sequel to the award-winning title, Love, Lies & Consequences, Raegan learns what it feels like to be loved completely. In turn, she must learn to forgive and return that same love that was given to her. Forgiveness and understanding won’t come easily.

Caleb has promised to stay by her side–but will her guilt push him away?

When Caleb’s past catches up to him, will Raegan remain by his side as he promised to stick by hers?

Or does she hold him to a different standard?

Will Raegan choose Caleb over her need to be in control of everything?

Will they stick with each other Through Thick & Thin… or will the consequences of their past sins be too much to bear? 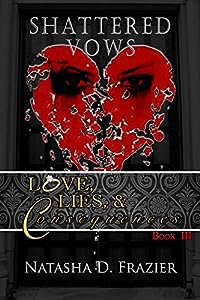 Rico gambled with his marriage when he cheated on Chloe. Breaking his vows and risking everything for temporary pleasure, he lost his wife’s respect and trust.
Rico returns to God, searching for a quick fix to win Chloe’s heart back, but his heart is the one that is changed. He is a self-proclaimed changed man, willing to go the extra mile to restore his marriage, but he just may be too late.
Has Chloe given up on him? She has forgiven him before, but this is different. “I’m sorry” isn’t enough when vows have been shattered. With the law and the Word of the Lord on her side, she finally gathers enough courage to walk away.
But then tragedy strikes. Is it enough to make Chloe stay, or will she start a new chapter in her life? 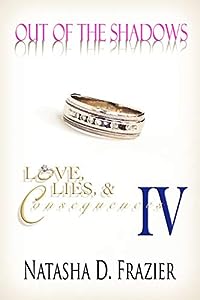 A year after Rico’s death, Chloe is still working to piece her life back together after learning of his betrayal and sickness. Though she wants to be with Shane, she senses that it may be too soon to move on, given that she is broken inside. After recommitting her life to God, she learns to love again, but just when she thinks she’s over the past, Raegan resurfaces. Rico’s lies initially introduced them to one another, but Chloe’s mother has an even bigger lie that has remained hidden for over thirty years. Can Chloe handle it? Will she allow yet another secret to keep her from experiencing the love that Shane is so willing to give?

If she allows God to mold her heart, out of the shadows of her pain will come love, forgiveness and a sense of peace unlike she’s ever known.