When You Realize It’s Friday

Well good afternoon fans of literature. I hope your Friday has been going well. I won’t lie it took me a really long time this morning to realize that it was Friday. And then even longer to realize it is a three day weekend! I hope you all have funs plans for the weekend and maybe they involve reading a book or two… I know that is what I am going to try to do. Well until tomorrow morning enjoy your Friday night. The Apprentice 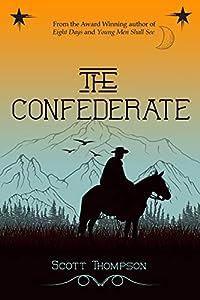 The Confederate
by Scott Thompson

When the American Civil War ended Confederate officer Robert Ambrose left his fellow soldiers to return to the girl who had haunted his thoughts and dreams for the entirety of the war, but upon arriving home he learned that not only was the cause wrong, so was everything he had hoped to return to. The girl he was to marry was now promised to another, and his former mentor had cheated him. Disillusioned he left his home in River Falls, Georgia for something different: The Colorado Territory of the American West.
Ambrose soon learned that the West was wild and untamed, and despite his effort to find peace and to create a normal and stable world, something continued to pull him toward death and ruin. While they fight to survive and to find meaning in a dangerous and new place they both learn about themselves while always thinking of the other. 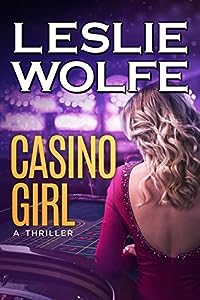 When a beautiful young girl is murdered in the high-roller pleasure pit of the exclusive Scala Casino, it doesn’t take long for the news to leak out amongst the glamourous and wealthy clientele. Before she had met her grisly end, Crystal had been seen boarding an unmarked helicopter for a late-night flight. Where had she been going?

The name of the game is murder, and it doesn’t stop with Crystal’s. Anyone who might threaten to reveal the assassin’s identity will soon find that out. In a high stakes game, where anything goes, anyone who makes that mistake could be next on a killer’s list. Because in Las Vegas, secrets can kill. 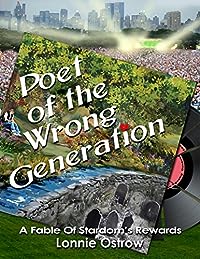 Poet Of The Wrong Generation
by Lonnie Ostrow

Through these words, a young poet unearths his musical soul while severing ties with the woman he loves after her stunning betrayal. Unknowingly, in writing this ballad of liberation, he will soon evolve as one of the fastest rising stars on the pop music landscape.

The year is 1991; the place, New York City. Here we meet Johnny Elias, a college student from Brooklyn with boundless adoration for two things in life: timeless popular music, and the heart of a sweet, complicated young woman who is clearly out of his league.

Poet of the Wrong Generation tells the symmetrical story of a lovable underdog and his meteoric rise to stardom, his humiliating downfall and his unprecedented attempt to reclaim his place as the unlikely musical spokesman for his generation. At the heart of Poet is a tale of star-crossed lovers and their struggle with unforeseen success and disillusionment, in an attempt to rediscover lasting harmony. 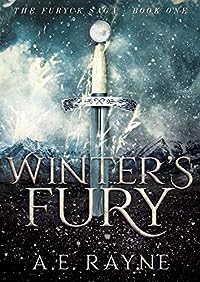 Jael Furyck isn’t happy.
Her father is dead. Her uncle has stolen the throne.

And now he wants to marry her off to the fallen son of her arch-enemy. But Jael is a battle-hardened warrior, trained to kill since she was ten-years-old.She doesn’t plan on being anyone’s wife.

Winter’s Fury is the first book in The Furyck Saga: a gripping epic fantasy series that takes you into a richly-woven world of warring kingdoms, mysterious dreamers, dark magic, and an ancient prophecy that emerges from the shadows to weave a dangerous web around them all… 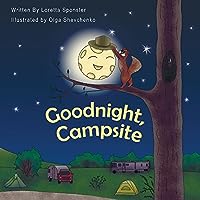 “Goodnight, Campsite” is set in a beautiful nature park, and the story follow visitors as they explore the park during the day (hiking, biking, fishing, etc.), and then returns with them to their campsite at night. There is an emphasis on RVs, which sets this title apart from other camping books on the market, which only feature tents.

Preschool-aged children will love the beautiful and colorful pictures – and searching for the squirrel hiding in the pictures. Rhyming text will keep children engaged, as they build sound associations and phonemic skills.