Well good morning fellow book lovers. I am going to keep this short and sweet. Happy Labor Day. Now go back to sleep because you don’t have to work today and should be sleeping in! Enjoy this day off. – The Apprentice 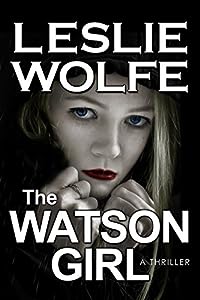 The Watson Girl
by Leslie Wolfe

For fifteen years Laura Watson believed her family’s killer had been caught and was awaiting execution on death row. While she moves on with life with her adoptive family, she also lives in terror and uncertainty of the fear that she will one day remember what really happened that night.

As a therapist conducts regression session treatments in an attempt to bring back Laura’s lost memories, little does she know that the closer she gets to the truth, the less time she has to remain alive. Now, the real killer is ready to silence her for good, before she can remember the details of that horrifying night. 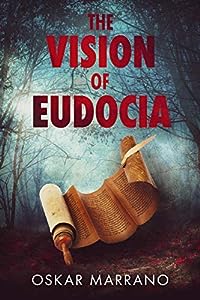 The Vision of Eudocia: A Historical Novel
by Oskar Marrano

Naomi, a young Jewish woman from Jerusalem, runs away from home in order to avoid an arranged marriage forced on her, only to fall in love with Captain Gareth O’Reilly, an officer serving in the Land of Israel during the period of the British Mandate of Palestine.

Together, the young couple discovers the story of the Temple Scroll.

A series of mysterious murders related to the search for the coveted scroll, changes the scene and forces the two young lovers to leave everything behind and get as far away from Jerusalem as they possibly can to save their love. But even thousands of miles away, the past does not cease to pursue them…

What Doug finds in the secret compartment of his new red Corvette will forever change his life. It will also change Catherine’s. Doug and Catherine come from two different worlds. Catherine’s world is one of privilege and wealth. Doug grew up dirt poor and full of envy of others who had the things that he wanted but could not have.

Poor boy meets rich girl should have resulted in “happily ever after” — not exactly. Doug quickly learns he also covets independence. Events begin to unfold in each of their lives. For Doug, it is his mysterious discovery in the secret compartment of the Corvette. For Catherine, it is a business meeting with Alex Droxell at the Osprey Cove Lodge. When Catherine enters the beautiful and serene lodge, it’s as though she is entering another place and time. 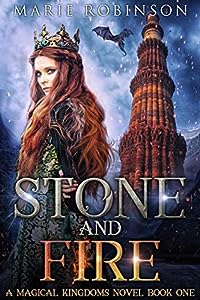 Stone and Fire
by Marie Robinson

A cursed princess, four dragon guards, and a hidden evil.

I’m Princess Maeve, the first in my family to have magic in four hundred years. But magic is forbidden and I’ve never been able to use it.

If I had been, I wouldn’t have needed rescuing by creatures of legend–dragons.

Now I’m in a tower, guarded by four of these beasts. But on the first full moon, I learn their secret. 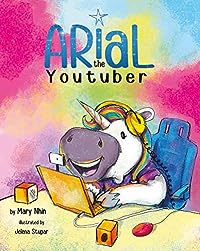 Arial loves to help others but often doesn’t use the best words to convey her true intentions. Will Arial learn that she holds the power to choose words that can strengthen or break others down?

Follow Arial in her first entrepreneurial journey as she starts a Youtube channel and practices a valuable lesson in positivity.

Arial, the Youtuber takes an empathetic approach to the habit of negativity and teaches children about the Power of Words and the effects they have on ourselves and others.