Soooo…. Today is the day the huge event to storm area 51 happens. I feel so foolish. I completely forgot, and I didn’t make a casserole, nor arrange a carpool. With 35 thousand people expected to attend this event, you can’t show up without a casserole. Seriously, how embarrassing would that be? It’s still early. I might be able to pack a few things and whip together a tasty broccoli casserole. Those things are easy to make and delicious. The onions might cause a few people stomach issues, but I can put a note on it to keep the portions small. They should do that anyway since there are so many people that are sharing it. Yes, I know it won’t be serving all 35 thousand, but a couple hundred at least, right? It’s very filling because of the cheese. Oh my… what if someone else brings broccoli casserole as well? Now I am stressing out. I would hate for there to be two broccoli casseroles. That could lead to some awkward moments, and I hate for someone to feel bad that their casserole isn’t as good as mine. So much to think about. Plus the carpool. Yup… I really messed up this time. 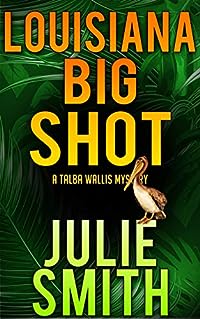 A POET, A BARONESS, A COMPUTER GENIUS, PLUS TWO DETECTIVES… AND THEY’RE ONLY TWO PEOPLE!

“Join Edgar winner Julie Smith for a climax as harrowing as it is cunning.” — The Clarion Ledger, Jackson, MS

Meet the hottest detective duo in New Orleans–she’s Queen Latifah. He’s Danny DeVito. Or they would be if this were a movie–in print, they’re Talba Wallis and Eddie Valentino. Talba’s got the beauty, the brains, the computer savvy, the poetic soul,the youth, the right demographic, and the sass. Eddie’s got the detective agency. Also a short fuse and yes, wisdom. Not only do they make it work, they’ve got chemistry.

And they need every skill and ounce of courage they can summon in this intricate tale of a decades-old conspiracy only now coming home to roost, with the murder of Talba’s friend Babalu Maya. Babalu is actually Clayton Robineau, daughter of the local banker in a small Louisiana town that bears her name, a town buried under the weight of its own malevolent past.

Something terrible happened to Clayton as a child, but it was far from the usual “something terrible”. As Talba and Eddie investigate, they find it was an injury — both pscyhic and physical–so bizarre, so shameful and damning that almost anyone in town would kill to cover it up. Or so it seems to the New Orleans duo as they dodge bullets and what passes for the law in this malignant enclave, fetid with the rot of its corruption, yet determined to keep its sordid skeletons buried.

Never did Faulkner’s words ring so true as in Clayton, Louisiana: “The past is never dead. It’s not even past.” 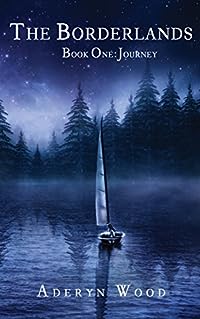 The Borderlands (Book One): Journey
by Aderyn Wood

Dale escapes the school bullies, but can she outrun a dark sorcerer?

‘It is urgent for you to reach the Borderlands. There, you will learn everything you need to know.’

Dale has never felt a sense of belonging. She despises the bullies and snobs at school, and her family are difficult to like, let alone love. Rhys, a new boy at school seems to take an interest in her, but when she tells him her deepest secret, the bullying reaches new levels.

And weird things start to happen. Like the creatures from her childhood imagination suddenly reappear.

When Old Man Gareth, Dale’s only friend in the world, is violently attacked by an evil sorcerer, she is set on a frantic journey and a lonely adventure; the Borderlands beckon. But what are the Borderlands? Will she make it to them? And if she gets there, will she belong?

‘The Borderlands: Journey’ is a magical fantasy adventure that fantasy fiction fans, particularly older teens and the young at heart, will enjoy. It is the first book in the Contemporary Fantasy series ‘The Borderlands’. 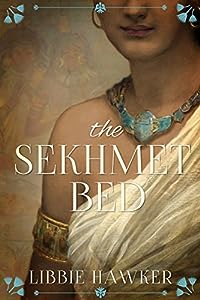 The Sekhmet Bed: A Novel of Ancient Egypt (The She-King Book 1)
by Libbie Hawker

Is Ahmose’s divine gift a blessing or a curse?

The second daughter of the Pharaoh, Ahmose has always dreamed of a quiet life as a priestess, serving Egypt’s gods, ministering to the people of the Two Lands. But when the Pharaoh dies without an heir, she is given instead as Great Royal Wife to the new king – a soldier of common birth. For Ahmose is god-chosen, gifted with the ability to read dreams, and it is her connection to the gods which ensures the new Pharaoh his right to rule.

Ahmose’s elder sister Mutnofret has been raised to expect the privileged station of Great Royal Wife; her rage at being displaced cannot be soothed. As Ahmose fights the currents of Egypt’s politics and Mutnofret’s vengeful anger, her youth and inexperience carry her beyond her depth and into the realm of sacrilege.

To right her wrongs and save Egypt from the gods’ wrath, Ahmose must face her most visceral fear: bearing an heir. But the gods of Egypt are exacting, and even her sacrifice may not be enough to restore the Two Lands to safety. 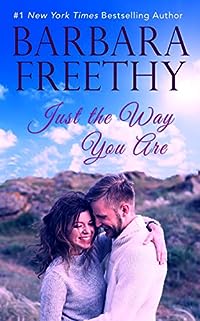 Just The Way You Are
by Barbara Freethy

Take a romantic journey to Tucker’s Landing, Oregon, where Sam and Alli Tucker have made a life together… a life about to be tested by the return of the only woman who can break them up… Alli’s sister, Tessa.

A baby brought them together — and even though Alli has always loved her strong, sexy husband Sam and the life they’ve built together, she has decided to set him free to follow his youthful dreams. It is no longer enough for her to be wife and lover when she knows she holds so little of his heart.

Sam has always dreamed of a life away from the close-knit world of Tucker’s Landing, but marriage and fatherhood ended all that. Now Sam is torn between what was and what was meant to be. He must decide if it’s time to rekindle the dreams of the past… or accept Alli, and her love, just the way she is.

Don’t miss this heartwrenching tale of a man torn between two sisters , the one he loved, the one he married… 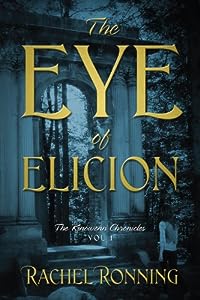 The Eye of Elicion: The Kinowenn Chronicles Vol 1
by Rachel Ronning

The Eye of Elicion introduces us to Lucy. Disappointed and discouraged with the job opportunities in the paper, her eye is drawn to an ad for Wizard school. On a whim, she applies and soon finds herself attending a school very different from any she has before. She learns different methods of casting spells, new languages, geography of other worlds, horsemanship, and how to fight with a variety of weapons. Lucy finds her niche with a unique group of students that are asked to go on a quest in the world of Kinowenn to acquire the Eye of Elicion, a semi-mythical magical item. Follow Lucy on this adventure in this light-hearted fantasy as she learns, laughs, and discovers things she never knew were possible.