Tea is never strong enough. I don’t know why I even try. The first weekend of october we are going camping at a place that has a special Halloween weekend, so i need the costumes done ASAP. Yesterday I worked on my oldest baby basset’s mummy Halloween costume. I ripped a sheet into long strips and let them soak in the sink with five bags of my hubby’s tea. Not my tea of course. I would hate to run out of my tea. His was stronger anyway. So I let the strips soak for about three hours and when I pulled them out they still looked too new. My baby is going to be a gross old mummy, not a fresh new one! So I did the unthinkable.. I brewed a full pot of coffee and soaked the strips for another three hours. PERFECTION! They look great. The problem now is my poor baby is going to smell like a coffee house for Halloween. I am pretty sure I shouldn’t wash the coffee soaked strips or else I will be back at square one. I certainly won’t waste another pot of coffee. Is it really so bad to smell like coffee? What about month old coffee? ew. We are still a month away from Halloween, so that costumes is going to smell like a real mummy by the end of October. Double ew. 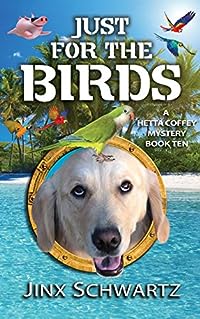 Hetta Coffey is a sassy woman with a snazzy yacht and she’s not afraid to use it!

While docked at Marina de la Paz, in Mexico’s hauntingly beautiful Sea of Cortez, Hetta gets a surprise visitor that sets off a chain of events like only Hetta can manage to get herself embroiled in. With her best friend, Jan, and her dog, Po Thang, they are hot on the trail of some dastardly smugglers. 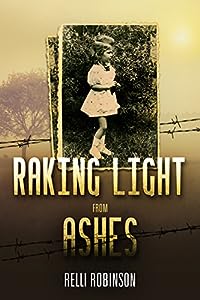 A young girl holding a false identity. two families. and an incredible tale of survival…

Relli, a Jewish girl in Poland, was denied a normal childhood.

When Relli was just a baby, the Nazis occupied Poland and she, together with her parents, were imprisoned in the Warsaw Ghetto, a way station before death.

Her parents correctly assessed the new situation and decided to act heroically in order to save their only child. They succeeded in smuggling her out of the Ghetto and entrusted her to a Gentile Polish couple who agreed to hide her for the duration of the war under a false identity.

Yet hope did not remain alive for long.

Destruction and devastation engulfed Poland and soon little Lala was forced to escape and hide along with her new parents, merely to survive.

This is the amazing story of Relli Robinson, who, thanks to kindhearted, courageous people and a tenacious capacity for survival, was able to get through the most difficult times in the history of humankind. An orphan girl, the sole survivor of her entire family.

Mankind is about to become extinct.

The world’s best scientists are baffled when bizarre, immovable black stones appear across the globe.

Society spirals into panic when the stones begin to ‘wake up’.

As worldwide anarchy threatens to erupt, United States Coast Guard captain, Guy Granger, sets off on a desperate journey across the Atlantic to rescue his kids, while Mina Magar is a photojournalist forced to take pictures of horrors she can barely believe. Elsewhere, fading popstar, Rick Bastion, is suddenly forced to fight for his survival, despite wishing he was dead.

Survival instinct isn’t so easily ignored, and mankind won’t go away quietly, but when the enemy finally reveals itself, survival seems impossible.

The Gates is the 1st book in an epic apocalyptic saga with multiple twists and multiple characters. You’ll never see where it’s heading next, so hold on and enjoy the ride. 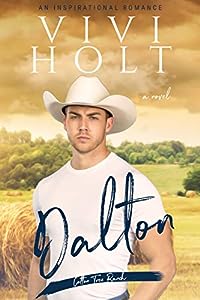 When an injured bronc rider inherits a dilapidated ranch, his two brothers help him fight to save his dream. While he finds himself falling for the woman who drives him crazy.

Everything in Hazel’s perfect life is going according to plan. But she’s in for a surprise. When her best friend and roommate takes ill, Jenny begs Hazel to fill in for her on a trip to South Georgia to deliver a horse to a ranch. But a stint on a horse ranch in her Jimmy Choos isn’t exactly what Hazel had in mind for her summer break.

When Dalton Williams takes a spill from a bronc at the last rodeo of the season, his life changes forever. Uncertain about his future, his fortunes take another turn when Grandpa Joe bequeaths him a dilapidated horse ranch in his will. Dalton’s plans to refurbish the place and turn it into a working ranch again are interrupted when a beautiful woman shows up pretending to be someone she’s not.

Even though Dalton knows Hazel’s hiding the truth, there’s something about her that makes him want to change his solitary ways. But will he be able to convince her to do the same before their time together runs out? 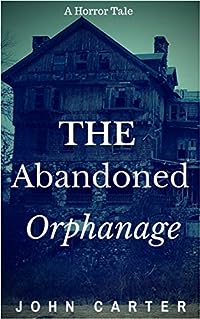 The Abandoned Orphanage
by John Carter

On the first day of summer a young girl Lauren disappears after climbing through a broken window into an abandoned building that was once an orphanage. Now Jacob, her brother and only witness to her disappearance, Jose, a newspaper reporter and recent widower, and Anna, a woman with her own connection to the old orphanage, along with three paranormal researchers, will try to untangle the secrets and mysteries of the place they call the Home.