How Many Spiders To Fill A Yard?

I would love to stay and chit chat, but I gotta add more spiders to the front yard. The neighbor down the street has four large ones. I am going for 7 medium size. It’s not that I am competitive, but… yaaa… MORE SPIDERS!! 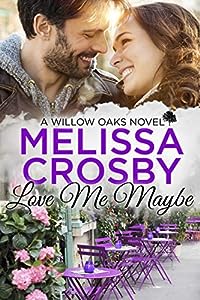 From the first day she met him, Charlotte Harris knew she was in love with Ben. Unfortunately for her, Ben was off-limits. Not only was he the older brother of her best friend, Ben also had a girlfriend.

When Ben Mitchell’s girlfriend leaves him for a supposed career move to London, he feels like everything he has worked for has gone belly up, triggering an anxiety attack. Following his doctor’s orders, Ben takes a break and heads off to Willow Oaks to visit his sister — and her best friend.

Charlotte knows she and Ben are meant to be together, but will Ben realize it before it’s too late?

Love Me Maybe is the second book in the Willow Oaks Sweet Romance series. Each book in the series can be read as a standalone. 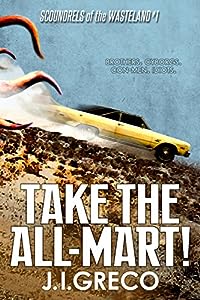 Take the All-Mart! (Scoundrels of the Wasteland Book 1)
by J.I. Greco

Roaring across a post-apocalyptic hellscape on the run from a jilted warlord queen in a mind-controlled muscle car, smooth-talking con-man cyborg Trip and his stoner brother Rudy make a quick stop in the Beer Capital of the Wasteland to rob it blind.

But when they’re arrested and sentenced to death, they have no choice but to volunteer for a suicide mission into the monstrous All-Mart, an ever-expanding, Wasteland-devouring department store swarming with zombies, to rescue the daughter of a king. 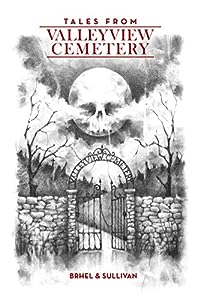 Welcome to Valleyview, where bodies lie buried but an ancient curse never sleeps. A father hears strange voices on his daughter’s baby monitor. A trio of gravediggers faces a swarm of supernatural creatures. A group of teenagers puts a mausoleum legend to the test. A husband and wife take a stroll through a corn maze that they’ll never forget.

Tales From Valleyview Cemetery contains seventeen interconnected tales of terror — legends of a town and cemetery entrenched in occult practice, macabre history, and a demon elemental waiting for his people’s return. A collection of short horror stories written in the vein of the “Scary Stories To Tell in the Dark” books. 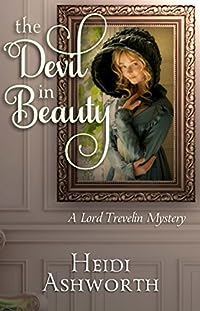 Julian “Trev” Silvester, the Marquis of Trevelin, had everything a gentleman could want–good looks, a fortune, and plenty of charm. When a duel with a jealous duke leaves him disfigured, Trev is ostracized by those who once celebrated him. His life is forever changed, but Trev is still loyal to his friends. When one is accused of murder and another’s diamond necklace is stolen, he does what he must to help them. As the two cases merge, Trev finds an ally who isn’t put off by his scar and the scandal of the duel–Miss Desdemona Woodmansey. As their investigation into the murder reveals just how treacherous the mask of polite society can be, both Trev and Desdemona are put in grave danger. Trev has already lived through the disgrace of a scandal, but can he survive a killer who will do anything to protect a sinister secret? 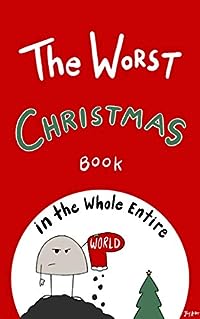 Well, it seems you have stumbled upon The Worst Christmas Book in the Whole Entire World.
Since you’re already here, I may as well tell you about it… After being in the Worst AND the Scariest book in the whole entire world, Nameless just can’t catch a break! Now he’s in the WORST CHRISTMAS book! Will his Christmas be ruined? Will your Christmas be ruined?? How can a book about the most magical time of the year possibly be bad???
The Worst Christmas Book in the Whole entire is a humorous and witty tale for young and seasoned readers. Deck the halls this season and get into the holiday spirit with a book so bad it might actually be good…