My partner in crime and I spent the afternoon doing hive inspections on our three bee colonies we have in her yard. From the outside the two colonies we purchased last spring look strong with lots of activity outside, but once we opened it it there doesn’t seem to be a whole lot going on. There are healthy happy bees inside, but I doubt they have enough honey to last them through the winter. This means they will need to be fed. This is easy enough, but I was really hoping for a lot more progress by this time of year. The one colony that we had captured from my friends house is even sadder, with only two of the ten frames halfway filled with honey. We also could not find a queen. I would be surprised if they made it through next month. We will do everything we can to keep them happy, but the odds are not in their favor. When I suggested beekeeping to my partner in crime, I had no idea it would be such an emotional roller coaster of an experience. Despite my disappointment yesterday I still enjoy beekeeping. It is really fascinating to open up a hive and see what amazing creatures bees are. Like puppies need to be cute for you to look past all the poop in your house, Bees are incredibly amazing to watch to make up for the heartache the can cause. 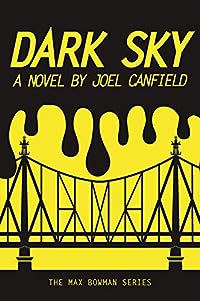 Meet Max Bowman, a barely-getting-by investigator thrown on the trash heap by the CIA years ago. Suddenly, he’s given a mission way above his paygrade — to uncover the truth about First Lieutenant Robert Davidson, the son of an American military legend and a war hero who died in combat during the Afghanistan conflict.

To find the answer, Max must take a road trip into the heart of America’s darkness as well as his own. Along the way, he encounters an exploding home, a murderous clone of a classic TV hero, a sexy heiress, and a misguided teenager desperate for a father figure. And, oh yeah, there’s also a para-military organization that’s just waiting for the right moment to kill him.

It all happens in DARK SKY, a sardonic and suspenseful mystery-thriller in which an underwhelming hero must confront an overwhelming conspiracy — not to mention himself. 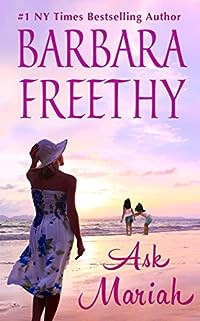 Joanna Wingate knows something is missing from her life, something she never dreamed she’d find in a handsome stranger’s children — mischievous six-year-old twin sisters who look up at her adoringly… and call her “Mama.”

Since his wife’s accidental death, Michael Ashton has struggled with his many responsibilities as a single parent to twin daughters who, though they clearly love him, refuse to speak to him. Then he meets Rose and Lily’s new teacher, and his emotions spin out of control. For Joanna Wingate is the mirror image of his late wife.

Bizarre coincidence, a strange destiny… or something altogether different has joined these four lives. The twins believe Mariah — a magical fortune-teller in a crystal ball — has the answers. But only Joanna and Michael’s willingness to confront long-buried secrets can guide their families back to wholeness… and unite them in a love that seems meant to be. 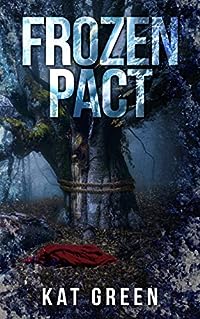 Sixty-two years ago, Nancy Jenkins was found dead in the woods and her murder went unpunished. Since then, the woods have been a dark place, Some say it’s a serial killer and others think it’s much more sinister than that.
Amy Woods and her friends don’t take the rumours seriously and set out to seek the truth. Dark secrets are about to be exposed, and Amy faces the terror that awaits her and anyone she loves. The truth about Nancy Jenkins is much closer to home than Amy could ever imagine.
Nothing stays silent forever, not even the dead. 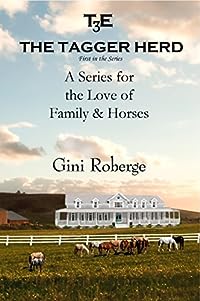 The Tagger Herd
by Gini Roberge

Newly widowed Cora Smith has learned her late husband may have purchased animals but she hasn’t been home since before his death. A business card from his wallet leads her to call the Tagger family horse stables for help. It’s the phone call that changes the Tagger family forever. Dru Tagger volunteers her nieces, nephew and the stable manager’s son to ride with her to check on the woman’s remote Idaho property. What they find leads them into a desperate race to rescue a small herd of horses. They fight to keep them alive and unravel the mystery of why he bought the horses without telling anyone. And what is Cora’s Gift? 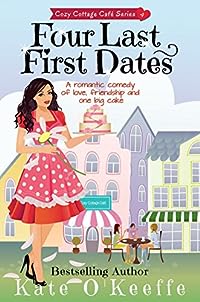 What do you do when you’ve agreed to a pact with your friends to get married, but neither you nor the guy in your sights is quite ready to fall in love?

Bailey De Luca is the last of her friends to complete the Last First Date pact–to marry the next guy she dates. But lady luck must be in a bad mood because so far, it’s all come to nothing.

Everywhere she looks people are in love. Everyone except her. Is she fundamentally unlovable? Or is it that she’s already found–and lost–The One? Whatever the reason, one thing’s for sure: Bailey never expected to be alone at thirty.

When one of her friends announces her engagement with a rock that could eclipse the sun, Bailey throws herself into a new business. Starting up Cozy Cottage Catering seems like the perfect way to bury her head in the sand. But fate has other ideas, and soon Bailey is swept off her feet by the oh-so cute Ryan Jones.

Ryan may seem like the perfect combination of Prince Charming meets Thor (without the hammer), but is Bailey ready to be with him?

Or will the ghost of her past love prevent her from finding happiness again?