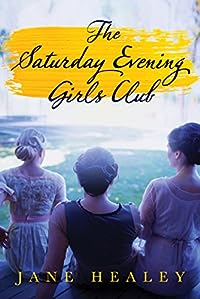 The Saturday Evening Girls Club: A Novel
by Jane Healey

In Boston’s North End, four immigrant women leave childhood behind — but never one another.

For four young immigrant women living in Boston’s North End in the early 1900s, escaping tradition doesn’t come easy. But at least they have one another and the Saturday Evening Girls Club, a social pottery-making group offering respite from their hectic home lives — and hope for a better future.

Ambitious Caprice dreams of opening her own hat shop, which clashes with the expectations of her Sicilian-born parents. Brilliant Ada secretly takes college classes despite the disapproval of her Russian Jewish father. Stunning Maria could marry anyone yet guards her heart to avoid the fate of her Italian Catholic mother, broken down by an alcoholic husband. And shy Thea is torn between asserting herself and embracing an antiquated Jewish tradition.

The friends face family clashes and romantic entanglements, career struggles and cultural prejudice. But through their unfailing bond, forged through their weekly gathering, they’ll draw strength — and the courage to transform their immigrant stories into the American lives of their dreams. 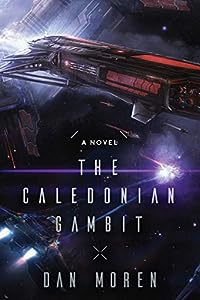 The Caledonian Gambit: A Novel
by Dan Moren

The galaxy is mired in a cold war between the Illyrican Empire and the Commonwealth. Thrust between this struggle are Simon Kovalic, the Commonwealth’s preeminent spy, and Kyle Rankin, a lowly janitor happily scrubbing toilets on Sabaea, a remote and isolated planet. However, nothing is as it seems.

Kyle Rankin’s real name is Eli Brody, and he fled his home world of Caledonia years ago. Kovalic knows a top-secret Illyrican superweapon project is hiding in Caledonia. He also knows that the past Brody so desperately abandoned can grant him access to people and places that are impenetrable even for him.

Now Brody and Kovalic are on a mission fraught with dangerous unknowns, guaranteed to tip the scales of galactic peace. Sounds like a desperate plan, sure, but what gambit isn’t?

The Caledonian Gambit is a throwback to the classic sci-fi adventures of spies and off-world politics — “a wisecracking caper that nevertheless doesn’t skimp on the details and human cost of interstellar war, like John Le Carré meets The Stainless Steel Rat.” (Antony Johnston, author of Atomic Blonde and The Coldest Winter). 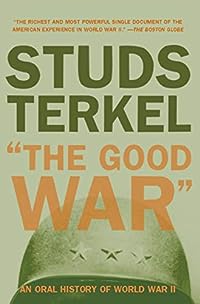 “The Good War”: An Oral History of World War II
by Studs Terkel

Winner of the Pulitzer Prize: “The richest and most powerful single document of the American experience in World War II” (The Boston Globe).

“The Good War” is a testament not only to the experience of war but to the extraordinary skill of Studs Terkel as an interviewer and oral historian. From a pipe fitter’s apprentice at Pearl Harbor to a crew member of the flight that dropped the atomic bomb on Nagasaki, his subjects are open and unrelenting in their analyses of themselves and their experiences, producing what People magazine has called “a splendid epic history” of WWII. With this volume Terkel expanded his scope to the global and the historical, and the result is a masterpiece of oral history.

“Tremendously compelling, somehow dramatic and intimate at the same time, as if one has stumbled on private accounts in letters locked in attic trunks… In terms of plain human interest, Mr. Terkel may well have put together the most vivid collection of World War II sketches ever gathered between covers.” — The New York Times Book Review

“I promise you will remember your war years, if you were alive then, with extraordinary vividness as you go through Studs Terkel’s book. Or, if you are too young to remember, this is the best place to get a sense of what people were feeling.” — Chicago Tribune 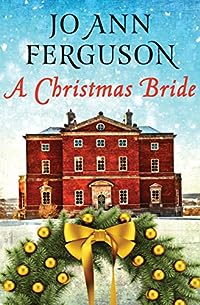 Journey to Regency England in this “wonderful” holiday tale of a desperate nobleman, a forgetful fiancée, and a sweet romance (Affaire de Coeur).

Her name is Serenity Adams. She’s Timothy Crawford’s fiancée, and he’s going to present her to his grandfather in less than twenty-four hours. The only problem is, she doesn’t exist. Now the desperate nobleman must find a willing woman to play the role of his affianced or risk being disinherited. Providence steps in when he stumbles across an overturned carriage. The injured beauty he rescues has no memory of the accident — or of who she is.

“Serenity” remembers nothing except awaking to the magnificent sight of a dashing, golden-haired stranger. When he asks her to take part in a risky act of deception, she has no choice but to accept. At Timothy’s ancestral estate, she starts to fall for the nobleman who woos her passionately but whom she can never wed. As the truth about her past emerges amid preparations for the annual Christmas Ball, will it cost Serenity her new life — and the man she loves?

From the “truly talented author” featured in One Winter’s Night: A Regency Yuletide, this is a delightful historical romance filled with mystery, adventure, and plenty of Christmas spirit (Romantic Times). 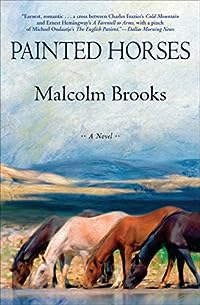 The national bestseller that “reads like a cross between Charles Frazier’s Cold Mountain and Ernest Hemingway’s A Farewell to Arms” (The Dallas Morning News).

In this ambitious, incandescent debut, Malcolm Brooks animates the untamed landscape of the West in the 1950s.

Catherine Lemay is a young archaeologist on her way to Montana, with a huge task before her. Working ahead of a major dam project, she has one summer to prove nothing of historical value will be lost in the flood. From the moment she arrives, nothing is familiar — the vastness of the canyon itself mocks the contained, artifact-rich digs in post-Blitz London where she cut her teeth. And then there’s John H, a former mustanger and veteran of the U.S. Army’s last mounted cavalry campaign, living a fugitive life in the canyon. John H inspires Catherine to see beauty in the stark landscape, and her heart opens to more than just the vanished past. Painted Horses sends a dauntless young woman on a heroic quest, sings a love song to the horseman’s vanishing way of life, and reminds us that love and ambition, tradition and the future, often make strange bedfellows.