I Looked Over To See Them Smiling

The pumpkins smiled and showed their true color… it was orange. 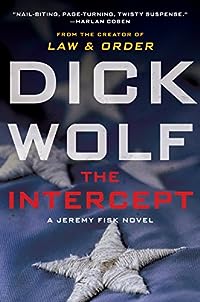 Dick Wolf, the celebrated creator of the Law & Order television franchise, makes his literary debut with The Intercept, a taut, driving thriller reminiscent of the classic The Day of the Jackal.

Days before the July Fourth holiday and the dedication of One World Trade Center at Ground Zero, an incident aboard a commercial jet reminds everyone involved that vigilance saves lives.

But New York Police detective Jeremy Fisk — from the department’s Intelligence Division, a well-funded anti-terror unit modeled upon the CIA — suspects that the event is a warning sign that another, potentially more extraordinary scheme has been set in motion. So when a passenger from the same plane disappears into the crowds of Manhattan, it’s up to Fisk and his partner Krina Gersten to find him before the celebrations begin… And time is running out. 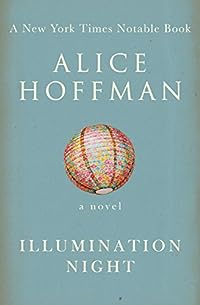 Elizabeth Renny has only made two decisions of consequence in her seventy-plus years. While the first, marrying her husband, had adequate results, the second — deciding she could fly from her bedroom window — is less successful. But her flight sets in motion a series of events that will forever change the lives of six residents of Martha’s Vineyard: a young boy who refuses to grow, a wife stifled by her irrational anxiety, a husband tempted by the unknown, a girl flirting with disaster, a gentle giant tortured by his size, and an old woman with nothing to lose. 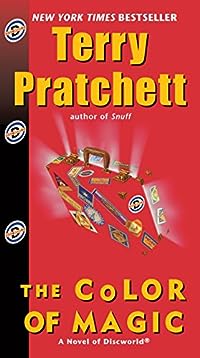 The Color of Magic: A Novel of Discworld
by Terry Pratchett

Terry Pratchett’s profoundly irreverent, bestselling novels have garnered him a revered position in the halls of parody next to the likes of Mark Twain, Kurt Vonnegut, Douglas Adams, and Carl Hiaasen. The Color of Magic is Terry Pratchett’s maiden voyage through the now-legendary land of Discworld. This is where it all begins — with the tourist Twoflower and his wizard guide, Rincewind. 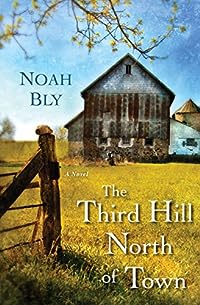 The Third Hill North of Town
by Noah Bly

Three people take a road trip to Missouri in the early 1960s in “an eerie, haunting, beautifully realized novel populated by charming misfits and eccentrics” (Joseph Olshan, author of Cloudland).

When fifty-four-year-old Julianna Dapper slips out of a mental hospital in Bangor, Maine, on a June day in 1962, it’s with one purpose in mind. Julianna knows she must go back to the tiny farming community in northern Missouri where she was born and raised. It’s the place where she and her best friend, Ben Taylor, roamed as children, and where her life’s course shifted irrevocably one night long ago.

Embarking on her journey, Julianna meets Elijah Hunter, a shy teenage African American boy, and Jon Tate, a young hitchhiker on the run from the law. The three become traveling companions, bound together by quirks of happenstance. And even as the emerging truth about Julianna’s past steers them inexorably toward tragedy, their surprising bond may be the means to transform fear and heartache into the strength that finally guides Julianna home.