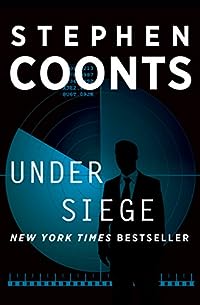 A fighter pilot races to stop a terrorist plot in Washington, DC, in this thriller by a New York Times-bestselling author hailed as “brilliant” by Tom Clancy.
When the psychotic Colombian drug lord Chano Aldana is extradited to the United States for trial, he brings his army of vicious mercenaries with him. And as Aldana’s hit men target the President of the United States, the capital is plunged into chaos that only veteran fighter pilot Jake Grafton can stop. With the help of an investigative journalist and an undercover agent, Grafton must find the deadly assassins before they can strike again. But time is running out, and the future of the country hangs in the balance. This ebook features an illustrated biography of Stephen Coonts, including rare photos from the author’s personal collection. 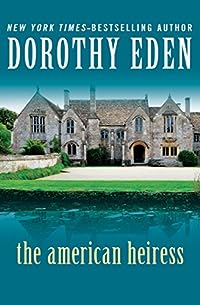 The American Heiress
by Dorothy Eden

A New York Times-bestselling author brings World War I-era England to vibrant life in this romantic saga in which destiny turns a lady’s maid into a lady.
It is spring of 1915. Spoiled twenty-one-year-old Clemency Jervis and her Fifth Avenue entourage board the Lusitania, bound for England, where Clemency is to marry the dashing Lord Hugo Hazzard of Loburn. A few miles off the Irish coast, the ship is torpedoed by the Germans. One of the few survivors is Clemency’s maid, Hetty Brown, a young woman who resembles her mistress. Surprised to be taken for Clemency, Hetty carries out a daring deception that makes her a nobleman’s wife and the mistress of a magnificent country estate, despite doubts about her among some in her aristocratic new set. Suspenseful, surprising, and heartwarming, The American Heiress is a tale of love, war, and the far-reaching, often-unexpected consequences of our actions. 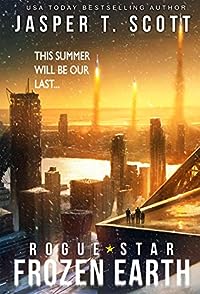 A TECHNOTHRILLER FROM MILLION-COPY BESTSELLER JASPER SCOTT
A DEAD STAR IS HEADED FOR EARTH… THE SHIFT IN EARTH’S ORBIT WILL UNLEASH A NEW ICE AGE… AND THIS SUMMER WILL BE OUR LAST.
THE NEWS BREAKS
Logan Willis’s life is falling apart: he lost his job and found out that his wife is cheating on him all in the same day. Thinking that his world has ended, Logan checks into a hotel and turns on the TV to see that he’s not far wrong–radio telescopes have detected mysterious signals coming from inside our solar system, and the source is moving toward us at over 500 miles per second. The media concludes that these signals must be of an alien origin. Still reeling from the news, Logan gets a phone call from his brother-in-law. Richard is talking crazy about the end of the world again, but this time he doesn’t sound so crazy.

A DEADLY CONSPIRACY UNRAVELS
Meanwhile, Richard, who is an astronomer working with the James Webb Space Telescope, is at the White House briefing the president to announce what he and the government have known for almost a decade: aliens are not invading, a frozen ball of gas is. The so-called rogue star is predicted to make a near pass with Earth, disrupting our orbit and unleashing an ice age, the likes of which we haven’t seen for millions of years.

WE’RE PUTTING A COLONY ON MARS
Government insider, Billionaire Akron Massey, has received a steady flow of funding over the past decade for his company, Starcast, to put a colony on Mars. Over the same period he’s been using his personal fortune to create a colony closer to home where he plans to ride out the coming storm along with a thousand of the smartest people on the planet. Humanity will need seeds to plant in the ashes after the chaos clears.

AND WARS IGNITE
When the true nature of the threat becomes known, the nations of Earth prepare to fight over all the warmest parts of the planet. But as war fleets set sail and armies begin marching south, a stunning discovery is made that will change a lot more than just the weather… 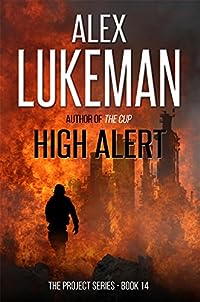 When an American missile submarine is sunk in the Sea of Japan, it’s the opening move in a madman’s plan to plunge the world into war. A day later the Chinese ambassador to Washington is assassinated. Meanwhile, the unstable leader of North Korea prepares to attack America with a terrible weapon.

The U.S. President calls in the Project, a deep black ops unit that goes places and does things others can’t or won’t do. They’ve had tough assignments before: but this time they’re up against an unknown enemy, a man bent on vengeance against all of humanity. He won’t rest until the world is turned into a radioactive hell… and when it comes to the Project, it’s personal.

Can the Project team find him before he unleashes nuclear Armageddon?