My veggie garden has turned into a gym membership. I went ahead and paid for the membership when I bought the plants and planted them in the garden, and now I am enjoying the guilt of not eating the veggies I grew. Every morning when I let my little fur babies out to do their business I see a lemon cucumber plant that has a bazillion cucumbers on it that I neglected to pick, and four bell peppers that I decided not to want. That’s a good amount of guilt. I was all excited to plant them and I thought I was going to be eating fresh veggies and loving it. Nope. I just watched them grow and then decided I didn’t really want them. I am excited about the eggplant though. I have one plant with four fat eggplants growing on it that I am looking forward to making a casserole with, and quite a few butternut squashes that I talk to every day, so I am not all bad. Next year I will be a bit more selective in what I grow though. I won’t just buy the first plant I see. I am actually thinking about replacing most of the plants with lavender for the bees. I will have the calmest house on the block! 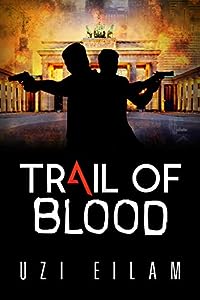 Two old friends find themselves on a bloody collision course.

Dr. Gideon Ben Ari was convinced he had found peace and quiet at last.

But a murderous terror attack that leaves dozens of children dead, forces him to postpone his plans and assist the Israeli Mossad in its hunt for the perpetrators of this abominable crime.

With the Mossad hot on his tail, Nimer Al Khaladi, the terrorist, does not rest for a moment. He is already planning a new attack, one that will resound around the world for years to come.

In collaboration with Iran and North Korea he is working on long range missiles armed with nuclear warheads, an ambitious project that if brought to fruition, could destroy the fragile world balance.

Now, Gideon and Nimer are on a collision course. Neither is aware that the pursuer and the pursued have already met in the past and any decision they each make from now on might affect their future and that of the entire region… 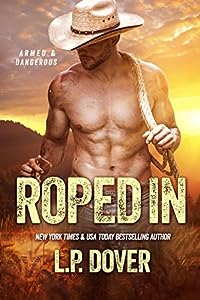 Who says a wild heart can’t be tamed?

For years, I lived for the job and let it control me. Violence was all I knew. I protected, killed, and served. My name is Blake Evans, one of the best undercover cops in the country. I thought I was about to live a quiet life on my ranch in Wyoming until an old friend showed up and changed everything. He brought me her, Hadley Rivers, country music sensation and the one woman I couldn’t have. I didn’t want her but she had me completely roped in.

My job is to protect her, to keep her away from some psycho who wants her for himself. However, there’s more to her story than I was led to believe. I promised to keep her safe and I won’t back down… even if I have to die trying. I can’t let him have her. 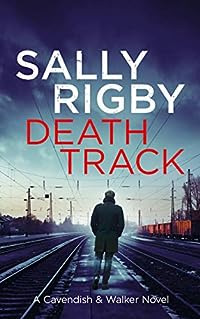 Catch the train if you dare…

After a teenage boy is found dead on a Lenchester train, Detective Chief Inspector Whitney Walker believes they’re being targeted by the notorious Carriage Killer, who chooses a local rail network, commits four murders, and moves on.

Against her wishes, Walker’s boss brings in officers from another force to help the investigation and prevent more deaths, but she’s forced to defend her team against this outside interference.

Forensic psychologist, Dr Georgina Cavendish, is by her side in an attempt to bring to an end this killing spree. But how can they get into the mind of a killer who has already killed twelve times in two years without leaving behind a single clue?

For fans of Rachel Abbott, L J Ross, and Angela Marsons, Death Track is the third in the Cavendish & Walker series. A gripping serial killer thriller that will have you hooked. 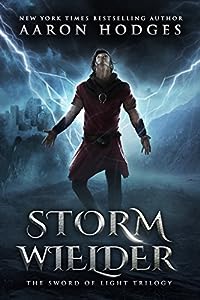 Stormwielder (The Sword of Light Book 1)
by Aaron Hodges

For five hundred years the Gods have united the Three Nations in harmony.
Now that balance has been shattered, and chaos threatens.

A town burns and flames light the night sky. Hunted and alone, seventeen year old Eric flees through the wreckage. The mob grows closer, baying for the blood of their tormentor. Guilt weighs on his soul, but he cannot stop, cannot turn back. If he stops, they die.

For two years he has carried this curse, bringing death and destruction wherever he goes. But now there is another searching for him – one who offers salvation. His name is Alastair, and he knows the true nature of the curse. Magic. 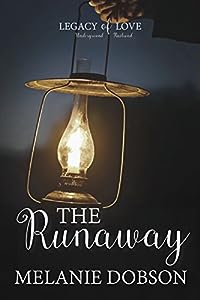 The Runaway: A Legacy of Love Novel
by Melanie Dobson

Anna Brent, a Quaker woman in Indiana, secretly hides runaway slaves in her home on the Underground Railroad. When her work is threatened, can she turn to the outspoken newspaper editor, a man she barely knows, to ensure the safety of the slaves so dear to her? Will she and Daniel risk everything to help these fugitive slaves remain free?

“A compelling historical romance intricately woven with suspense, page-turning tension, and tender glimpses into a passionate young heroine’s heart. Melanie Dobson’s strong storytelling skills will have you glued to the pages of this intensely satisfying book.” -Miralee Ferrell, author of The Other Daughter

Legacy of Love is a series of historical romance novels based on the courageous people and significant events that wove together the rich tapestry of America’s freedom and faith. The print version of The Runaway is available online under its original title of Love Finds You in Liberty, Indiana. Love Finds You in Liberty, Indiana is Melanie’s bestselling novel and won the “Best Novel of Indiana” by Indiana State Libraries.