Last week was certainly a wild ride I won’t soon forget. With the fires threatening the lives of so many people, businesses and homes, PG&E shutting off power, Halloween, and just to keep it interesting…earthquakes. I’m exhausted. It wasn’t all bad though. When disasters hit you see a lot of good come out in people, and that is what keeps you going. We still have a lot of work to do to recover from the past week, and I am ready to help. I am also ready to get back to my wonderfully ordinary life. This Monday feel less like the bummer that it has a reputation to be, but more like a fresh start. 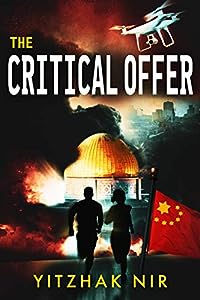 The Critical Offer: A Thriller
by Yitzhak Nir

Head of the Mossad, Gershon Shalit, is enraged by the murder of his daughter, frustrated by his wife’s decision to leave and distrusts his prime minister – seeks revenge. But, his first priority is to eliminate the fundamental threats to destroy the State of Israel’s existence.

His random encounter with a beautiful Chinese diplomat, leads to an impossible love affair, where he is exposed to a once in a lifetime offer that could diminish the threats to his country. Nothing will keep him from making this offer a reality, despite a heavy personal price… 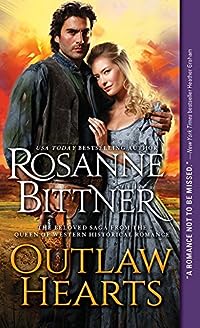 A decades long love story of two people, united by chance, that proves love’s lasting power and its ability to overcome all odds

Miranda Hayes has lost everything — her family, her husband, her home. Orphaned and then widowed, desperate to find a safe haven, she sets out to cross a savage land alone… until chance brings her face-to-face with notorious gunslinger Jake Harkner.

Hunted by the law and haunted by a brutal past, Jake has spent a lifetime fighting for everything he has. He’s never known a moment’s kindness… until fate brings him to the one woman willing to reach past his harsh exterior to the man inside. He would die for her. He would kill for her. He will do whatever it takes to keep her his.

Spanning the dazzling West with its blazing deserts and booming gold towns, Jake and Miranda must struggle to endure every hardship that threatens to tear them apart. But the love of an outlaw comes with a price… and even their passion may not burn bright enough to conquer the coming darkness. 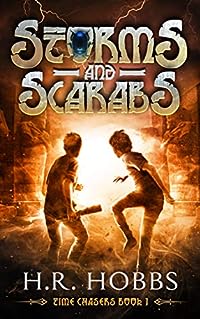 A spyglass. A rare amulet. An ancient prophecy. Trapped in the past.

Moving to his grandfather’s farm was the last thing Mitch Howell wanted, but his parents did it anyway. Left on his own, Mitch sneaks into the attic of his grandfather’s house and discovers a spyglass. Curious about the spyglass and its connection to his loony great-grandpa, he doesn’t realize it’s really a portal to the past and the key to an ancient prophecy until it’s too late. Thrown back in time to Ancient Egypt with his best friend, Brock, the boys are on a quest to find their way home. But they aren’t the only ones who know the powers of the spyglass.

Can Mitch and Brock get home before the spyglass falls into the wrong hands and changes the world forever?

H.R. Hobbs, author of the bestselling Breaking the Rules series, is back with an adrenaline rush of adventure and mystery along the lines of The Time Warp Trio and The Magic Tree House. 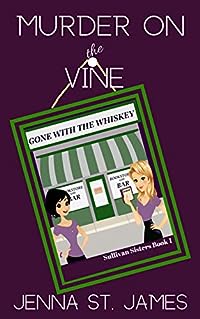 Murder on the Vine (A Sullivan Sisters Mystery Book 1)
by Jenna St. James

Bookstore and bar owner, Jaycee Sullivan, figured it was just another typical day when her pastry chef sister, Jax, asked her to help deliver chocolates to a local winery. However, the discovery of a dead body was anything but typical for Jaycee. Then when the new hunky detective in town, Mike Connors, demands Jaycee keep her nose out of the investigation, she decides she has no choice but to take matters into her own hands. After all, her sister’s baking reputation is on the line and a killer is still on the loose. With the help of Gramps, a retired Army colonel, her mom, and Tillie, a former trapeze artist and contortionist, Jaycee picks up the investigation gauntlet and runs with it. Between slinging suds, boozy baking, and numerous wine tastings, Jaycee must scramble to bring down the killer before Jax is next in line. 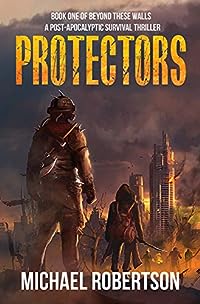 Protectors: Book one of Beyond These Walls – A Post-Apocalyptic Survival Thriller
by Michael Robertson

How dare Spike and Matilda fall in love? As residents of Edin, they’ll be lucky if they’re still alive in six months’ time.

Edin is a city on the brink…

On the brink of collapse through overpopulation.

On the brink of revolution because of government oppression.

On the brink of being overrun by the diseased hordes outside its walls.

In a place like Edin, love is a luxury. But it’s a luxury Spike and Matilda–even when dealing with the very real threat of their own demise–refuse to live without.

Will Spike and Matilda realise their dreams in a world of nightmares?

Protectors is the first gripping book in the Beyond These Walls post-apocalyptic series.