After all the hub bub I caused asking people about cooking the turkey with the stuffing in the bird, and all the great responses I got from you guys (including cooking the bird WITH stuffing, and how to properly handle it after it was done cooking), I ended up being too sick to cook the bird. Hubby took all the ingredients I had bought and cooked it on the rotisserie outside. As you can imagine it came out amazing. I was able to take enough cold medicine to be a functioning human during dinner, so it was a wonderful day enjoying family and food. You know what this means now don’t you? IT’S GO TIME!!! We can go full blown CHRISTMAS!!!!!  Christmas music, Christmas decorations, and CHRISTMAS CAKE…I mean cookies. Christmas cookies. Usually I have more time between Thanksgiving and Christmas cookies, but this year Thanksgiving was so late. I usually bake cookies and hand them out the first weekend of December, but I’m still full from Thanksgiving, so I might have to put that off for a week. Not the decorations though…it’s go time! 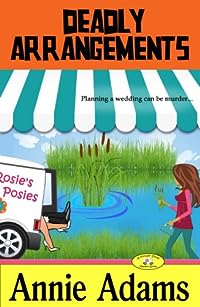 Wedded bliss is contagious in small town Hillside. Should be great news for florist Quincy McKay, except that one groom is missing and another is the prime suspect. Hard for a florist to make a living on weddings without the groom, and even harder for her to stay out of the investigation, especially when the suspect is her sidekick, K.C.’s fiancé.

All Quincy wants is success in business, a happy family and the perfect romance with Alex Cooper, the hottest cop in the state. Not necessarily in that order, of course. Is that so much to ask?

The trouble is, between Alex’s job and everyone else’s weddings, it’s getting harder and harder for Quincy and Alex to find any time to themselves. Every time the flames of passion ignite between them, someone or something shows up to fizzle the fire, including her meddling mother, her formerly absent father and even Elma, the handsiest waitress in the West.

Just when she thinks nothing else could go wrong, a ghost from Alex’s past comes back to haunt them both, which could keep them apart forever, if someone doesn’t kill Quincy first. She’s stumbled into the clues to solve the case of the missing groom and finds a corpse as well, proving that planning a wedding can literally be murder. 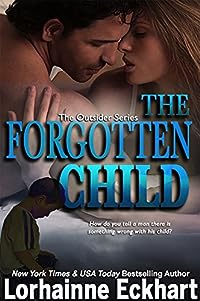 How do you tell a man there is something wrong with his child?

In THE FORGOTTEN CHILD, Brad Friessen wasn’t looking to love again. But what he got was a woman who shook his lonely bitter world upside down, and touched him in a way no other woman could.

Emily Nelson, ends a loveless, bitter marriage and strikes out on her own. She answers an ad as a cook and live-in caregiver to a three-year-old boy on a local ranch. Ranch owner Brad Friessen hires and moves in Emily and her daughter. But Emily soon discovers something’s seriously wrong with the boy, and the reclusive, difficult man who hired her can’t see the behavior and how delayed his son is. Emily researches until she stumbles across what she suspects are the soft signs of autism. Now she must tell him, give him hope, and help him come to terms with this neurological disorder–to take the necessary steps to get his child the help he needs.

As their lives become intertwined, their attraction is unavoidable–a connection sparks between them. But just as they’re getting close, Brad’s estranged wife, Crystal, returns after abandoning the family two years earlier.

Crystal must’ve had a plan, as she somehow gains the upper hand, driving a wedge in the emotional bond forged between Brad, Emily, and the children. The lengths to which Crystal will go, the lies, the greed, just to keep what’s hers, are nothing short of cold and calculating. Brad fights to save his boy, to protect what’s his, and struggles over his greatest sacrifice–Emily, and the haunting question: Has he lost her forever. 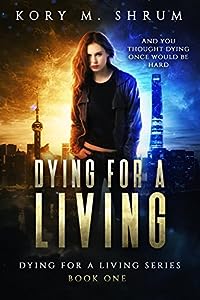 Dying for a Living
by Kory M. Shrum

And you thought dying once would be hard…
On the morning before her 67th death, it is business as usual for agent Jesse Sullivan: meet with the mortician, counsel soon-to-be-dead clients, and have coffee while reading the latest regeneration theory. Jesse dies for a living, literally. Because of a neurological disorder, she is one of the population’s rare 2% who can serve as a death surrogate, dying so others don’t have to.

Although each death replacement is different, the result is the same: a life is saved, and Jesse resurrects days later with sore muscles, new scars, and another hole in her memory. But when Jesse is murdered and becomes the sole suspect in a federal investigation, more than her freedom and sanity are at stake. She must catch the killer herself–or die trying. 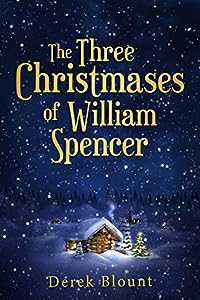 The Three Christmases of William Spencer
by Derek Blount

Christmas is always special, but even more so if your birthday falls on the same day. As William Spencer celebrates his birthday each year on December 25–first as a child in rural America in the 1930s, and then as a World War II veteran, husband, and father–he learns that, no matter what his circumstances, happiness is an attitude, not a condition. But as a solitary old man living in a one-bedroom apartment, William Spencer expects this Christmas birthday to be his last. His holiday is one of solitude and reflection, dominated by the echoes of the past and by a single, simple wish. When an unexpected turn of events reminds William of a lesson learned many years ago, he’s faced with a choice. Can he find the strength to imagine a new future? 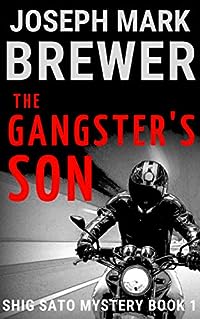 A Tokyo back alley is no place to die.

Beautiful young Kimi Yamada is murdered. The crime grabs headlines. But will she get justice?
All Tokyo Police Inspector Shig Sato wants is to work one last case before mandatory retirement ends his career. After three years in exile with the nation’s Security Police protecting diplomats and VIPs, he’s back doing what he does best – solving crimes.
His team begins investigating Kimi’s murder. But right away, Sato discovers his family’s long-held secret ties to a criminal dynasty could set Kimi’s killer free. And there’s nothing he can do.
Or is there?
Sato discovers the cost of honoring his family and his debt to the mob boss is high – so high that Kimi Yamada’s killer could go free. What price will he pay to see justice for Kimi?
Get your copy of The Gangster’s Son and find out now!