To really celebrate Thanksgiving you just need two things, thankful people and food. We got thankful people up the wazoo around here. This whole county is thankful to have two towns, that were threatened to be destroyed, saved by the awesome firefighters. We are grateful to the first responders that were there for us, and our neighbors that reached out to others to help. Yup… we got grateful people all around. Now we lets talk food. You have to love a holiday with so much delicious food. This year I am going to cook the turkey using the same recipe my dad used from the Better Homes and Gardens cookbook. As I am typing this I am making chomp chomp motions with my mouth. I won’t tell you about the drool. My favorite part was the stuffing that would stick to the side of the pan and be a little burned. (chomp chomp drool). My home is already decorated for Thanksgiving. I just took down all the Halloween decor and left the pumpkins, so BOOM! This is my kinda month! 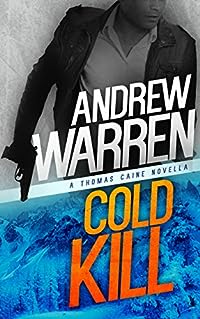 A betrayed assassin. A savage Russian commander. Who will be the victor in a brutal game of death?

Thomas Caine is being hunted.

To protect a friend, the vengeful assassin has taken on a sinister branch of the Russian Mafia. Blood has been spilled, and these ruthless gangsters know better than anyone that revenge is a dish best served cold…

Caine soon finds himself captured in the frozen mountains of Siberia. With no equipment, no supplies, and no weapons, he must survive in this icy wasteland, as a crack team of Russian mercenaries hunts him down. These expert killers are led by an infamous manhunter known as The Iron Wolf… a cold-blooded Spetsnaz commander who collects trophies from his human prey.

Can Caine outwit this lethal pack, and prove himself the ultimate predator in a ghastly game of death? 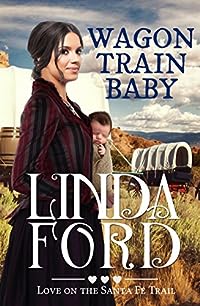 From an award-winning author with more than one million books sold, a new series of four heartwarming historical romances about life on the Santa Fe trail. Note: each book can be read as a stand-alone.

A life-altering betrayal leaves Donna Grace alone, unmarried, and pregnant. She’s desperate to leave St. Louis, Missouri, and return to Santa Fe, New Mexico, where she grew up, and the only way back is by wagon train. The wagon master refuses to let a single woman drive a wagon without a male escort. Donna knows she can’t trust men, but it seems she’s going to have to partner with one if she wants to get back home.

Luke Russell failed to protect his fiancée. Because of his neglect, she was murdered. He vows to never leave another person to face dangers on their own and to never again open his heart to love. When he overhears Donna Grace’s predicament he offers her a marriage of convenience that they will dissolve as soon they reach Santa Fe.

But the trail forces them to work together. The birth of Donna’s baby unites them in a way they can’t deny. Will the dangers and joys of the Santa Fe Trail break down the barriers these two have built around their hearts? 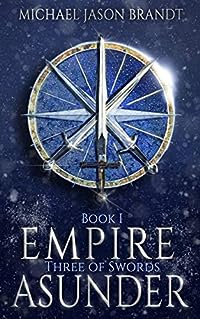 A Game of Thrones meets The Wheel of Time in this epic fantasy about a tranquil empire suddenly ravaged by war, corrupted by demons, and reliant on salvation from a few unexpected heroes.

As the forgotten second son of an overambitious king, all Prince Nicolas ever wanted was to join the elite Order of Swordthanes and lead a life of skill and honor. But the whims of fate — and his own family’s betrayal — thrust him into the heart of battle and the clutches of his kingdom’s enemies.

Without a home or family to call his own, Private Yohan quietly goes about his soldier’s mundane duties. Until his patrol is ambushed and he finds himself alone against a barbaric adversary and an unforgiving mountain winter, with a princess’ life and the survival of his kingdom on the line.

An illiterate servant, Housethrall Jak’s life is forever transformed when curiosity and happenstance combine to awaken a lurking evil in his sleepy forest village. Loyalty, wit, and courage are his only weapons in a fight to save his friends and fragile community from a fate far worse than mere death. 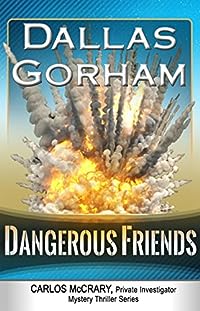 There’s one born every minute…

College freshman Michelle Babcock only wants to protect the earth when she joins a campus environmental club. Save the planet, right? What could possibly go wrong?

Instead, she’s sucked into a gung-ho gang led by her boyfriend, James Ponder, a graduate student obsessed with global warming protests. Ponder has a secret agenda that yields him millions of dollars from government corruption.

Caught in a web of ecoterrorism
Then Michelle wakes me with a 4:30 a.m. phone call, desperate for help. Her enviro-Nazi boyfriend has lured her into an environmental terrorist attack that murdered two people. Now the naïve college freshman faces a lifetime in prison unless I can find her a way out.

Follow the money
I uncover a conspiracy involving arson, murder, and the Chicago mafia. A mysterious millionaire has masterminded a string of mega-million-dollar stock market scams that reach back for five years. The mastermind begins to cut his losses by murdering anyone who can lead the cops back to him. And his targets include an innocent college student and a nosy private investigator.
Perfect for fans of Jack Reacher and Robert B. Parker’s Spenser, this mystery thriller will draw you in and refuse to let go.

Scroll Up And Grab Your Copy Today!

Dangerous Friends is the fourth spine-tingling installment in the Carlos McCrary series of mystery thrillers, which can be read and enjoyed in any order. 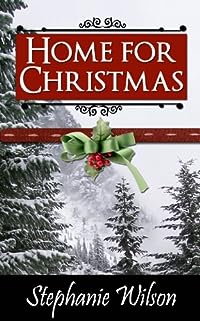 Home for Christmas
by Stephanie Wilson

The moon glimmered brightly that Seattle October night. Magical; cold, crisp and clear — as it almost never was. Streams of miniscule princesses, pirates and even oversized vampires trekked to Savannah Wentworth’s historic estate. She would log 2,100 pieces of candy before closing the door for the last time. It was sold, the ancestral home; papers would be signed the following day. She didn’t have to pass out candy, or face curious neighbors… or make dozens of candied apples or litter the front porch with pumpkins and hay bales. But she did. Family traditions ran deep.

While that bittersweet night was an ending… a new beginning arrives with a broom, a couple of black bags, and two helping hands. Somewhat annoyed, she unknowingly meets Austin Douglass, self-made tech mogul, and the estate’s new owner.

Savannah is a member of Seattle’s old-money elite with an impeccable pedigree and business prowess… until, of course, it was swept away in the economic downturn. To settle debt, she sold everything, including the ancestral home. And Christmas is just around the corner.

Austin Douglass grew up on an Eastern Washington wheat farm. He knew two things and promised one; the hum of the combine and a sun-scorched day’s labor, and that he wouldn’t stay there. Now, in IPO preparations, he needs deep-pocket investors. Life has little prepared him for entertaining Seattle elite. Through a colleague, he meets someone who is.

Savannah is a traditionalist, Austin, a minimalist. They are polar opposites. She is losing her family estate, he is gaining one.

As the holidays brighten the city and snow falls ever so magically, as time-honored Christmas traditions are celebrated, can these two breach their differences? Journey with them and discover if there is a path leading… Home for Christmas.