My fight with kitty continues. You may be asking yourself, “What Fight?” It’s been going on so long it’s part of our morning routine. While I am sitting at my desk, he puts his front paws on my legs and screams at me. If I don’t detach his front legs, his back legs get tired and then he claws deep into my thigh. OUCH! This goes on for as long as I am sitting at my desk. There is no room for him on my lap, and that not what he even wants. I have tried making room for him on my lap, but then he just jumps off. He want something… just not clear what that something is. WHAT….DO….YOU….WANT….KITTY!!??? Talking loud and slow helps them to understand right? 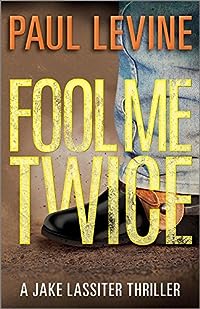 It’s a routine fraud trial in Miami, until… A witness is murdered… And Jake Lassiter is the prime suspect.

The mystery leads Lassiter and his wisecracking delinquent nephew to an abandoned silver mine deep beneath the Aspen ski slopes. The evidence that can clear the lawyer — or bury him — is revealed in an explosive finale. 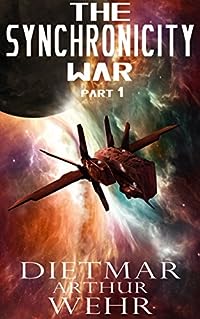 After almost a century of peaceful exploration and colonization of space, the United Earth Space Force stumbles across a shockingly xenophobic alien race that has more and better armed ships and refuses all attempts at contact. As the outgunned Space Force is driven back in battle after battle in what appears to be a war of extermination, one officer experiences precognitive visions that help him blunt the enemy onslaught but he can’t control or predict when they occur.
With the Senior Brass convinced that he’s a tactical genius, he’s given more and more responsibility and is terrified by the belief that Humanity’s Fate will be determined by a battle with himself in overall command. This is Volume 1 of a military SF series about desperate space battles and the men, women and Artificial Intelligences, who fight and die in them. The paperback version is now also available. 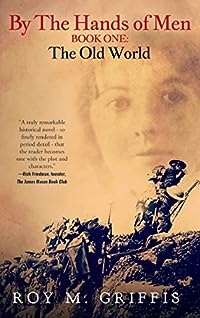 By the Hands of Men, Book One: The Old World
by Roy M. Griffis

A soldier fights for his soul in the trenches of France. A field hospital nurse battles death every day. When duty and honor are not enough of a reason to go on in the hell of a world at war, love gives purpose to their lives.

A mere mile from the blood-drenched front lines, Russian refugee and nurse Charlotte Braninov encounters English Lieutenant Robert Fitzgerald, who helps her save the life of another soldier. Robert’s calm, courtly manner lingers in Charlotte’s mind, a comforting memory amid the deluge of suffering that surrounds her when she returns to the hospital.

Wounded during an unauthorized mission of mercy and then demoted to a Medical Supply Officer, Robert Fitzgerald once more meets the brave young Russian nurse. When Charlotte volunteers to help the Lieutenant learn about his duties in this new life of service, a quiet friendship blooms and love grows in that harshest of soils, even as the war rages on. But human cruelty and endemic disease claw at their lives. Can love survive in a world torn by warfare, greed, and deception?

The Old World is the first volume of the epic globe-spanning By the Hands of Men series. From World War I France, it follows Robert and Charlote through civil-war torn Russia to pre-revolution Shanghai, across the superstition-haunted swamps of the Congo and the timeless deserts of Central Africa, through Paris and London, and into the dream factory of Hollywood in the late 1930s. 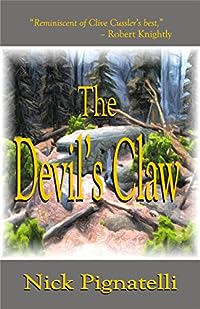 The Devil’s Claw
by Nick Pignatelli

In 1943, Allied commandos desperately search for the Third Reich’s ultimate weapon deep inside German-occupied France…
In 2008, the wreckage of an aircraft lost decades earlier on the other side of the world turns up in Colorado’s Medicine Bow Mountains…
In 2015, Jennifer Pruitt stumbles into a secret government project gone awry while vacationing in the woods of New York’s Adirondack Mountains and now runs for her life, hunted by something that cannot possibly exist…
What is the deadly secret that connects these events?

Master Sergeant Sean Foster leads a Special Forces team into the remote wilderness on a mission to locate Pruitt before she reveals what she saw. Unbeknownst to Foster, an overwhelming force of ruthless assassins with a different mission is shadowing his team. They intend to exterminate Pruitt for being in the wrong place at the wrong time, and Foster’s men are fair game if they get in their way.

Will Foster follow orders or his conscience when he finds himself in the crosshairs of a government cover-up? It may not matter as the nightmare Pruitt stumbled upon closes in, threatening to wipe them all out before the day is over.

The tranquil wilderness of New York’s Adirondack Mountains explodes with rapid-fire action in a thriller spanning seventy years in the blink of an eye. 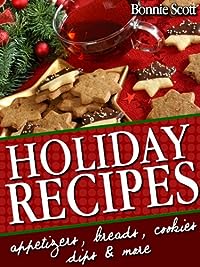 Holiday Recipes: 150 Easy Recipes and Gifts From Your Kitchen
by Bonnie Scott

An amazing collection of 150 holiday recipes for gifts from your kitchen and recipes for your own holiday table.

This 150 Christmas recipe collection includes strategies to make your preparations easier, as well as tips to make your finished products tastier and more attractive. Also included are loads of unique ideas to package your creations for gifts that are memorable and maybe even photo worthy.

• Ideas to decoratively wrap gifts from your kitchen, with photos

Holiday Recipes not only has Christmas recipes, but has all kinds of ideas for gifts from your kitchen, and access to a website to freely print everything you will need to give your homemade gifts in style this year.