The Turkey Is Fine With It

What is everyone’s opinion about cooking the stuffing inside the turkey? That is how my dad did it when I was a kid, and I never got sick. When my dad would pull that huge aluminum pan out of the oven, and the smell of the turkey and stuffing filled the kitchen, I became a BEAST! Mind you a tiny little beast in her pajamas with her wild curly hair flying all around her head like a big hairy helmet, but a beast none the less.  As soon as the foil came off the top of the pan, my little pinchy fingers were stealing soggy pieces of stuffing right out of the neck. Please tell me it was the neck that was stuffed. Oh no… I don’t think it was the neck. I loved the supper soggy pieces as much as the crunchy bits stuck to the side of the pan. Yes, I am a burnt edges kinda person. I asked my boss, who is the food writer for the paper, what her thoughts are on cooking the stuffing inside the turkey, and she said it was not safe. I am pretty sure she has eaten raw cookie dough. I also asked a few chefs who have dedicated their entire career to cooking the finest dishes in all of Sonoma County. They all agree. No stuffing in the turkey. I don’t like these answers. I don’t do well with facts. 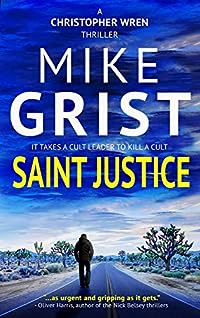 When disgraced ex-CIA agent Christopher Wren walks into a white supremacist bar in northern Utah, what he uncovers is repugnant; a ruthless cult radicalizing vulnerable people to fight in a vicious civil war.

But nobody listens to Wren’s warnings. Recently kicked out of the CIA for running his own secret ‘cult’ on the side, a group built to rehabilitate criminals the system couldn’t handle, he immediately falls into Uncle Sam’s cross-hairs.

Now Wren is alone in the dark – hunted by both the CIA and the brutal supremacists, he must leverage all his skills of manipulation, his uncanny knack for vehicular violence and the distributed might of his cult to prevent blood-soaked revolution from consuming the country he loves.

It takes a cult leader to kill a cult. 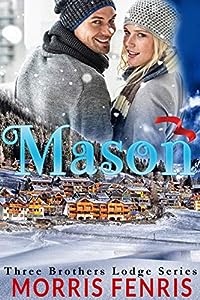 Welcome back to Silver Springs, Colorado, where the Donnelly brothers are once again saving damsels in distress.

Gracie Shelton had grown up in Silver Springs until she was fourteen. Then suddenly, her parents moved them without any notice to Denver. Years later, she found out the real reason that her life had been disrupted. Her dream had been to return to the small mountain community and reclaim her first love. But with her father’s secret came a new worry. One that could destroy her chance at happily ever after.

Mason Donnelly had been moving through his life, wondering what was next. Romance had been put on the back burner, as he just wasn’t interested. Suddenly, the girl he’d fallen in love with at the tender age of fourteen is back in his life, and he understands. She’s had his heart all these years, and now he wants it back. But he wants hers as well.

Can Gracie believe and truly let the past go, giving up the notion that the children pay for the sins of their fathers and grasp the concept of true forgiveness? Or will she hold onto her fears, and lose what’s left of her heart? 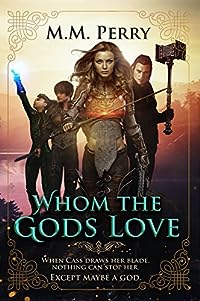 When Cass draws her blade, nothing can stop her. Except maybe a god.

Cass is a seasoned warrior with many battles under her belt. She’s tamed griffins, toppled trolls and conquered mountains. She’s a warrior. Helping others in need is what warriors do. She’s never been afraid of a challenge. Until now.

A quest lands at her feet to help an ailing queen. It’s a simple mission, and there’s a bonus to it. A handsome northerner has offered to join Cass on her journey. Under any other circumstances, Cass would be delighted with such a task. Adventure? Excitement? Altruism? A fellow warrior with eyes the color of icebergs? A tent big enough for two? Sign her up.

But then there’s that god to deal with. The cure for the queen lies in his temple. He’s a nasty sort who isn’t given to saving queens. Still, the northerner is quite warm, and the nights will be cold. Cass must do the right thing, gods be damned. 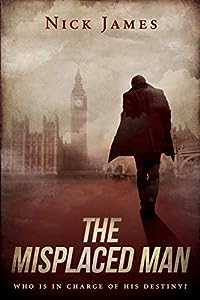 The Misplaced Man: Who is in charge of his destiny?
by Nick James

The Misplaced Man is a fast-paced comedic novella following Sam Blades, a twenty-six-year-old man, who finds a new exciting job. Shimmering Dreams is a company who have created technology which beams your dreams directly to your mobile device.
But there are nefarious dealings going on. Someone is trying to use Sam as a scapegoat for their plans.
The story is told through multiple characters point of view, from Sam and his girlfriend to a corrupt copper and more.
Will Sam be able to control his own destiny? 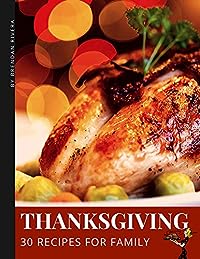 This book is here with easy recipes for you!

Choose a few of your favorite recipes and spend time with your family.

Be thankful for the moments you get together. Happy cooking!