The 200 pound rottweiler came out of nowhere, and headed straight towards Junebug. Foam sprayed across his face as he made his way towards what he thought would be an easy snack. Junebug wasn’t having any of it and stood her ground. Four feet from her he began to doubt his abilities and hesitated. Junie sensed his hesitation and lunged. She could feel his hot breath burning the top of her head. A sound of thunder boomed over Junie straight for the Goliath, and he jumped back. Phew… that sounds so exciting. Junebug and I were out for a walk when a pretty big rottweiler came out of nowhere and looked like he was going to eat my sweet Junie. Crazy thing was she stood her ground and called him a few names I can’t repeat. She was not backing down. I yelled at the dog to STOP! GO AWAY! NO NO NO!!!! He did. I think Junie and I were both pretty impressed with ourselves. I’m proud of my sweet little girl. 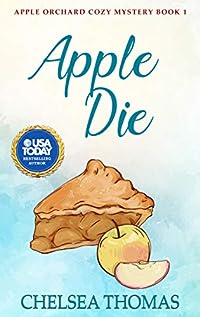 After Chelsea is left at the altar, all she wants is tissues and a box of cookies.

But it’s hard to wallow in self-pity when there’s a dead body on your family orchard.

If Chelsea’s going to help solve the mystery, she’ll need her confidence back.

Maybe Miss May can help. She knows everyone in town. And she’s still remembers a thing or two from her life as a big-city lawyer.

But what if the killer is someone the girls have known for life?

Will Chelsea and Miss May solve the mystery before the murderer strikes again? Or will the body count rise and ruin cookies for everyone?

You’ll love this clean cozy because everyone loves the story of a woman who finds strength through solving mysteries. 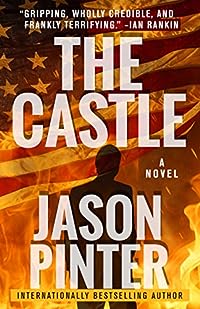 The Castle: A Ripped-From-The-Headlines Thriller
by Jason Pinter

For fans of David Baldacci and Harlan Coben comes an unputdownable new thriller from internationally bestselling author Jason Pinter that will have you reading long into the night.

Remy Stanton is a young, ambitious corporate strategist who intervenes in an armed robbery one night, saves two lives, but is nearly killed in the process. And when he wakes up in the hospital, Remy learns that one of the intended victims was Alena Griggs, the daughter and sole heir of Rawson Griggs, a brilliant, brash billionaire – and one of the most powerful men in the world. Suddenly Remy finds that he has become an overnight celebrity – and he receives an offer he can’t refuse.

Rawson Griggs is about to announce an unprecedented run for President of the United States, and he offers Remy, the man who saved his beloved daughter’s life, a position in his campaign. Suddenly Remy finds himself thrust into the maelstrom of the most controversial Presidential election in history, where buried secrets and stunning acts of violence rock the nation. And as his own star grows brighter, Remy finds himself drawn to the intelligent yet down-to-earth Alena Griggs, whose marriage is strained by the relentless pressures of fame and politics.

Yet as the revolutionary Griggs movement builds steam, shocking events cause Remy to suspect a dark undercurrent running beneath Rawson’s campaign. And when he discovers the full, disturbing truth, Remy will have to make a choice: stay the course, or jeopardize everything he cares about. And possibly lose his life in the process. Because politics is war. And nobody survives a war with Rawson Griggs. 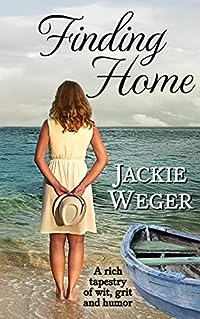 A rich tapestry of wit, grit, and humor…
Twenty-four-year old Phoebe Hawley is on a quest to find her family a home. On the road with two siblings, twelve-year-old Maydean and five-year-old Willie-Boy, Phoebe is out of money, out of gas, and out of patience. The only things she owns in abundance are backbone and pride–neither of which she can trade for food or gas.

A collision with Gage Morgan puts Phoebe’s mission in even worse jeopardy–until Phoebe discovers Gage owns the perfect place for her clan. However, she soon discovers that Gage is the unlikeliest man in the universe to offer a helping hand.

Phoebe wields all the country smarts she owns to worm her way into Gage’s heart, but nothing works. With time running against her family, she plies one last inducement–her scarce feminine wiles. 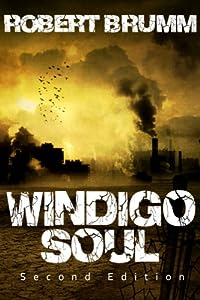 A Death Sentence on Your 60th Birthday is Just the Beginning…
It’s Hank Reed’s birthday. As a citizen of the United Federation of Nations that means a mandatory death sentence simply because he turned sixty years old. Referred to as “retirement,” it’s one of the desperate steps the government has taken to curb overpopulation. Retirement is a widely accepted fact of life on a dying planet ruled by a tyrannical government. Hank’s execution goes ahead as planned but state sponsored euthanasia isn’t what it seems. The Reed family learns what really happens to retirees when secrets the UFN keep from the public start to unravel.

This book is intended to be read by adults and may be unsuitable for children under 17. Contains indecent language and descriptions of graphic violence. 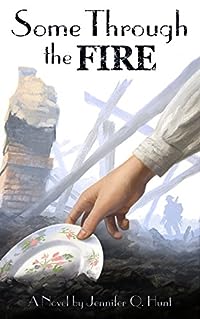 Some Through the Fire
by Jennifer Q. Hunt

Just as it seems life is opening before Violet with unlimited possibilities for her future, her hometown of Atlanta is devastated by a citywide fire, and her idolized older brother heads off to France as an officer in the Great War. Violet’s safe, tight-knit family is about to be tested beyond anything they have ever experienced, and her dreams for the future keep colliding with forces outside her control and a rapidly changing culture. While she tries to rebuild her life from loss after loss, two very different young ministers both profess her place in their own dreams for the future. As her childhood faith is shaken to its very core, Violet must determine who she truly is, what she most wants, and what it means to love.