Yesterday I took my little wild child, Casper, for a walk. The pup had so much energy he didn’t know what to do with himself in the house. He was literally flying off the walls. I have the paw prints on the walls to prove it. Very soon into the walk I could tell it was going to be a rough one. He was barking at everything and just going crazy in general. As we passed three teenage boys he absolutely lost it and ran halfway up my leg, did a flip and then barked like a wild ostrich at the boys. I apologized to them for the crazy sounds he was making and made my way past them as quickly as possible. It was then I decided to jog a little bit to maybe get his energy out a little faster. I didn’t get three steps in before he made a wild zip and zag in front of me, causing me to prove gravity is a force not to be messed with. I went down hard. I made weird floppy floppy moves is all directions. No grace in this lady. I know the teenagers saw me. I was hard to miss. Had I been a teenage girl I would have been mortified!! I am sure I would have cried from embarrassment and sworn I would never leave the house again. Thankfully I am not a teenage girl, and I have done much…MUCH more embarrassing things in my life, that this didn’t even come close to making the list of embarrassing things. The boys didn’t laugh at me, but they also didn’t help me up. You would think I would be upset about this. Maybe think our youth of today doesn’t know common decency. Nope! My thinking is they didn’t help me because I looked strong enough to help myself. SHWEET!!! I am not as old looking as I feel!!!! 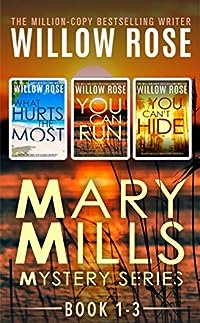 The first three books in the engrossing series on sale a limited time.

WHAT HURTS THE MOST, BOOK 1:

Imagine being asked that question standing face to face with a killer. What would you answer?

While her life is going from bad to worse, journalist Mary Mills receives a disturbing phone call from her father. Her brother was arrested, charged with murder.

Mary decides to go back to her hometown of Cocoa Beach, Florida, which she left twenty years back and has never visited since.

Working with her old friends in from High School, she tracks down the most disturbing and surprising killer this town has ever faced before a shocking conclusion turns everything upside down for them.

Determined to solve the murder and to have her brother acquitted, Mary is forced to face demons from her past she never thought she would have to again.

Her kids are arguing, and her husband is still sleeping. Lisa is tired and wonders why her husband keeps working late. Is he having an affair? Is it the same girl as last time?

Years later, it remains a mystery. Who killed Lisa’s family after holding them captive for twenty-four terrifying hours in their own house?

Mary Mills is enjoying her new life in Cocoa Beach. She is back with her husband Joey and hanging out with her old friends from the 7th Street Crew.

She is writing a blog and doing pretty well for herself when she realizes one of her best friends, Marcia is in serious trouble.

It is well known within the crew that Marcia likes to drink a lot, but things are getting worse.

Marcia is deep in over her head, and she risks losing her children.

Soon Mary realizes that maybe she doesn’t know her old friend as well as she thought.

A new reign of terror has fallen on the unsuspecting residents of Cocoa Beach. They think their worst nightmare is the environmental catastrophe causing the thousands of dead fish in the river until the first body turns up among the dead fish.

Young girls are being kidnapped.

Behind these kidnappings stands a ghostly person who calls himself the Boxer. He stalks the girls and chats with them until he decides whom to pick up and sell.

Mary Mills’ personal life is in chaos. She is trying to balance being a divorced mother and dealing with the presence of her ex-husband’s new girlfriend in her – and especially her son’s, life.

Mary gets on the trail of the disappearing daughters, and when she finally thinks she has it all figured out, it becomes clear that nothing is what it seems.

Before she knows it; she is the one who desperately needs the help from her old friends.

The fourth installment Careful little eyes is out now. 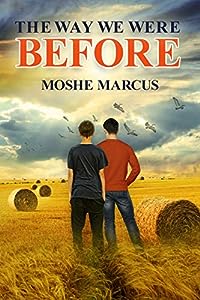 The Way We Were Before: A Coming of Age Novel
by Moshe Marcus

It takes only one second for his life to change from top to bottom.

In a small immigrant town in the 1950’s, Rico, an only child, grows up in a dysfunctional family; a mother who is always busy playing cards and a father who spends weeks at sea only to come home once or twice a month, angry and impatient. Rico feels like an orphan with parents.

One day, during one of his father’s stints at home, he takes Rico to an unknown place. Rico has no clue where they are going and why, and is astonished when he is faced with another abandoned child who turns out to be his older brother. Rico finds out that his brother, Nathan, is the product of an affair his father had a few years before Rico was born and that they have a lot in common.

Rico is exhilarated! Finally, he is not alone! The two brothers hit it off right away. They are a team, they are family!

Their happiness is short-lived, when an unexpected event changes Rico’s life yet again. 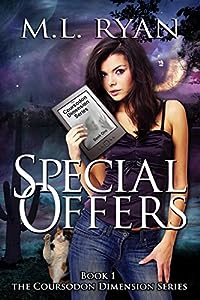 She finally has a man inside her, just not the way she imagined.

Hailey loved to read. Who doesn’t?

Unfortunately, her new Kindle arrived pre-loaded with a 240-year-old enforcer from another dimension.

If you love snarky heroines, hot, kick-ass supernaturals, magic and some mayhem, Special Offers is for you!
(Possession by supernatural enforcer not included where prohibited by law or natural order) 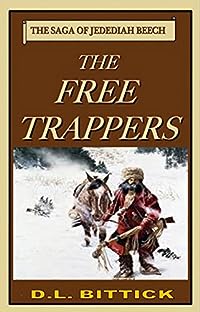 The Free Trappers: The Saga Of Jedediah Beech – (Volume 2)
by D.L. Bittick

THE FREE TRAPPERS is the second book of the Jedediah Beech saga and a continuation of EARLY FRONTIER LIFE. It takes him from the Hasinai Caddo villages of eastern Spanish Tejas to the Rocky Mountains and parts in between. Along the way, he encounters colorful and unsavory frontiersmen, hostile and friendly Indians as well as struggles with wild nature. But he also finds loyal friends and unconditional love. 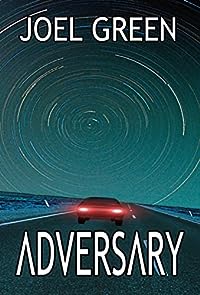 Nathan Dreslin, professional con-man, was murdered and came back to life.

But he didn’t come back alone. In the corners of his vision lurks a dark, fanged thing that whispers to him…
Driven now by unearthly minions and pursued across the country, he must join forces with a scientist and a priest. Together they will unravel a horrifying mystery and confront a timeless evil that lies in wait in the Australian Outback.

*
Adversary is a slow-boil psychological horror novel that leaves the reader questioning what’s real. There is a sense of crawling dread with the growing awareness that something is out there, beyond the circle of firelight… watching.