Queen Of No Hearts

I think today is one of those days when people are going to do all the bad things they are planning on giving up in the New Year. Me… not so much. I started taking down Christmas yesterday and will finish up today. I knew I was done with Christmas when I went to Target looking for some after Christmas deals and got excited about nothing. I did however gasp pretty loudly when I saw the Valentines Day aisle already set up. I think that is just about the worst transition you can experience. I don’t mind Halloween to Christmas, but Christmas to Valentines Day seems a bit violent. I turned the corner and was stabbed in the chest with a tidal wave of pink hearts. I think after three months of holidays we should be given a break. January is a month of rest and solemness as well suffer with our decision to give up something we love, like dessert. Can’t they just leave us alone to enjoy our misery? 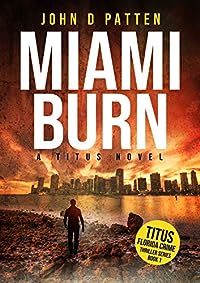 Titus came to Miami to kill a man. Plain and simple. Fresh off a prison stint for a crime he didn’t commit and out for blood.

But when a wealthy socialite begs Titus to track down her missing daughter, he dives head first into a seedy Miami underworld of lowlife thugs, celebrity wannabes, and women as beautiful as they are deadly. Titus soon finds himself up against an organized crime boss, a crooked politician, and a hard-nosed Miami detective. Nobody, it seems, wants the girl found, but Titus doesn’t scare easy. Armed with two fists and razor-sharp wit, Titus unravels a mystery deeper, darker, and more twisted than a simple missing girl. 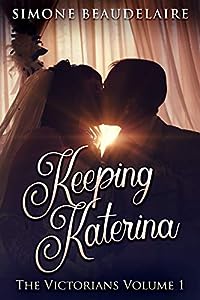 The 1840s: a time of increasing social awareness, particularly for progressive cotton mill owner Adrian Bennett and his son Christopher.

One social issue Christopher has never considered is violence against women. A Robert Browning poem and a chance encounter with Katerina Valentino change everything.

Katerina fears for her life because of her father’s violent behavior. When Christopher is entranced by the delicate, dark-haired beauty, he decides to rescue her – by marrying her. 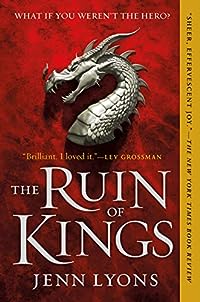 When destiny calls, there’s no fighting back.

Kihrin grew up in the slums of Quur, a thief and a minstrel’s son raised on tales of long-lost princes and magnificent quests. When he is claimed against his will as the missing son of a treasonous prince, Kihrin finds himself at the mercy of his new family’s ruthless power plays and political ambitions.

Practically a prisoner, Kihrin discovers that being a long-lost prince is nothing like what the storybooks promised. The storybooks have lied about a lot of other things, too: dragons, demons, gods, prophecies, and how the hero always wins.

Then again, maybe he isn’t the hero after all. For Kihrin is not destined to save the world.

He’s destined to destroy it.

Jenn Lyons begins the Chorus of Dragons series with The Ruin of Kings, an epic fantasy novel about a man who discovers his fate is tied to the future of an empire. 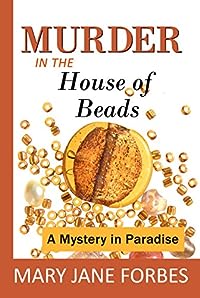 Murder in the House of Beads: A Mystery in Paradise (House of Beads Cozy Mystery Series Book 1)
by Mary Jane Forbes

She’s an independent widow. He’s a police captain with feelings from the past. Will a murder in their midst rekindle their love?

Catherine Hainsworth may not have much direction, but she always keeps her social calendar full. When the widow puts her creative skills to use in a local craft store, her best friend’s sudden suspicious death sets up her next appointment with the coroner. After her friend’s upright husband is named the prime suspect, Catherine takes on the new task of proving the man innocent.

Manny Salinas won’t let the fact that he’s investigating the murder get in the way of reconnecting with his former flame. But when the police captain sees how Catherine looks at the handsome FBI agent who joins the case, he wonders if he can fight for her affections and connect the clues at the same time. Manny’s investigation becomes even more complex when he discovers the prime suspect’s multi-million dollar bid for a housing project and the bitter cutthroat rival with a potential motive…

When Catherine accidentally discovers eye-opening evidence of her friend’s betrayal, she and Manny are thrown into a deadly race to catch the killer. As they grow closer, will a merciless murderer crush their hopes of a blissful reunion? 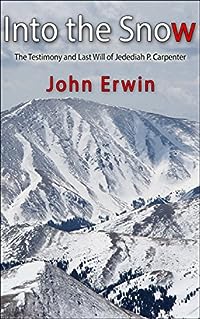 Into the Snow: The Testimony and Last Will of Jedediah P. Carpenter
by John Erwin

In the summer of 1858, young Jedediah P. Carpenter finds himself orphaned and alone on the Oregon trail in the middle of Nebraska Territory. He also finds himself smitten with the beautiful Emma Cooper, three years his senior, who has ridden off into the morning sunrise with the despicable Zeke Jones.

Jed’s will to reach his family’s original destination in Oregon is hampered by his lack of survival skills and the specter of the oncoming winter. Through an unlikely true friendship with a “Damn Indian”, Pete Scares-the-Ponies, Jedediah learns and hones those skills. Instead of heading for Oregon, though, Jed finds himself in a little mining camp called Buckskin Joe in the early days of the great Pikes Peak gold rush.

His whole life takes a turn when the mysterious “Silverheels” comes to town and he experiences a love that will carry him through fifty years of solitude and beyond… the kind of love we all seek.

Jedediah’s story will draw you into the breathtaking beauty of the Rocky Mountains in the early days of the territory that became the state of Colorado. Along the way, you will experience joy, sorrow, love and adventure, in this fictional explanation of the naming of one of Colorado’s prominent mountains, Mount Silverheels.