The Secret Is Out

Imaginative new technologies, devious conspiracies, and a whole lot of action-packed drama… dive into this thrilling collection by author Craig A. Falconer. Find out for yourself why fans just can’t get enough of his amazing novels. 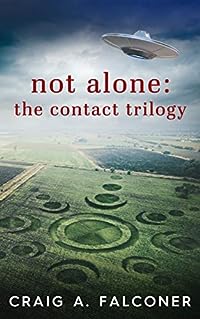 Not Alone: The Contact Trilogy: Complete Box Set (Books 1-3 of the Groundbreaking Alien Sci-Fi Series)
by Craig A. Falconer

The secret is out: Aliens exist, the government knows, and Dan McCarthy just found the proof…
Grab all three books in the globally acclaimed NOT ALONE Contact Trilogy for one incredible price, in this great value 2100-page sci-fi box set!

When Dan McCarthy stumbles upon a folder containing evidence of the conspiracy to end all conspiracies — a top-level alien cover-up — he leaks the files without a second thought.

The incredible truth revealed by Dan’s leak immediately captures the public’s imagination, but Dan’s relentless commitment to exposing the cover-up and forcing disclosure quickly earns him some enemies in high places.

For his whole life, Dan McCarthy has searched for a reason to believe. Now that he finally has one, he might soon wish he didn’t…

This box set contains all three novels in The Contact Trilogy:
1) Not Alone
2) Not Alone: Second Contact
3) Not Alone: The Final Call 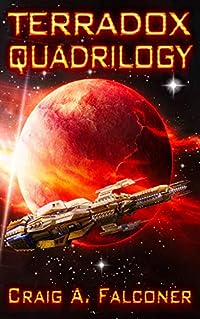 Terradox Quadrilogy: The Complete Box Set (Books 1-4 of the Thrilling Space Opera and Sci-Fi Exploration Series)
by Craig A. Falconer

A planet that shouldn’t exist. An adventure you’ll never forget.

Grab all four books in the thrilling TERRADOX series for one low price, in this great value 1600-page sci-fi box set!

With Earth in turmoil under the iron fist of a despotic Global Union, a small group of exiles flees for the safety of a distant research station.

They were heading for Venus. Somewhere else found them first.

Crash-landing on an uncharted world full of wonders wasn’t what anyone had in mind, and the irresistible temptation to explore and conquer the incredible landscape reveals new dangers hiding around every corner.

Everything rests on the survivors’ ability to unravel the mystery of their increasingly hostile new world, but Terradox will not give up its secrets without a fight…

Dive in to the epic Terradox saga today! (From the author of the blockbuster international bestseller, Not Alone) 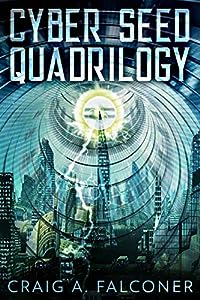 Some inventions change the world. Others send it straight to hell…
Grab all four books in the thrilling CYBER SEED QUADRILOGY for one low price, in this great value 1200-page sci-fi box set!

When Kurt Jacobs imagines the ultimate gadget — one capable of replacing phones, credit cards, keys and TVs — the idea consumes his every waking moment. When the Sycamore corporation buys into Kurt’s creation and The Seed becomes a reality, his every dream comes true.

The launch of The Seed, a powerful microchip implant that turns each user’s palm into a fully functioning trackpad and effectively turns them into walking computers, breaks all sales records. Alongside the augmented reality UltraLenses which act as the system’s display, it immediately renders all handheld devices obsolete.

But amid all of the awe and optimism, there is far more going on behind the curtain than Kurt or anyone else could ever have predicted…
Cyber Seed Quadrilogy imaginatively chronicles The Seed’s colossal impact on a society unprepared to handle it, from the high hopes of launch day to the breakneck descent into corporate dystopia. Remarkable apps and groundbreaking features that make life easier and more enjoyable… unprecedented surveillance and privacy abuses in a world where your eyes can no longer be trusted… both sides of a timely story unfold in this 1200-page complete series box set.

And Kurt Jacobs, the guilt-wracked genius responsible for it all, may well be the only man who can do anything to put things right…