A Moment Of Peace

The problem with pets is they break your heart. My old cat Sinny is getting close to 17 years old, and even though he doesn’t look a day over 8, I can see the many years in the way he walks and the feel of his bones when I pet him. This morning I could see he had a rough night. The evidence was all over the living room floor. I gave him some pretty strong medicine, so that should alleviate whatever pain he may be in. It just might be quiet time on the couch with him this morning. 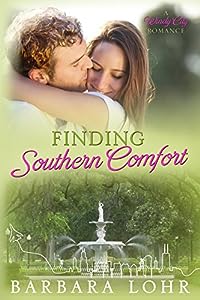 Harper Kirkpatrick is not what Cameron Bennett expects for the bachelor party in his Savannah mansion. She’s desperate when he sends her home in her cat costume. Jobs are scarce and eviction looms. Former boyfriend Billy took off for California and she’s too proud to head home to Chicago.

Although Cameron may not go for her cheerleader kicks, he does admire Harper’s spunk. When she answers his ad for a nanny, she’s horrified to find herself back at his mansion. But she can’t turn down the generous salary or Bella, the toddler with troubled eyes and an eating problem. Youngest in the Kirkpatrick clan, Harper’s not an expert on kids. Neither is the young widower.

Her head-strong personality soon puts her at odds with Cameron and his TV personality girlfriend, Kimmy Carrington. When she stands in for Kimmy at a Savannah gala, Harper and Cameron spark a fire that nearly burns down the dance floor. Never has the wrong man felt so right. Never has a boy from the south worked so hard to rev up the charm. A trip home for his father’s funeral reveals a whole different side of the successful renovation expert. Will the Windy City girl be able to put the heart back in his home? Can he convince her that his southern comfort has staying power? 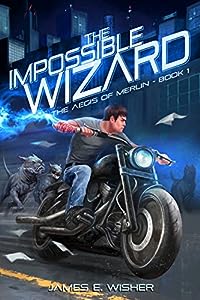 The Impossible Wizard: The Aegis of Merlin Book 1
by James E. Wisher

But everyone is wrong.

Conryu has his life all planned out. Then the wizard exam arrives. He passes. The first man ever.

His carefully laid plans die in an instant. His hopes for a simple life gone forever.

Some consider him a monster. Others a threat. Can Conryu survive long enough to make it to wizard school?

It’s going to be a long summer.

Get The Impossible Wizard now. 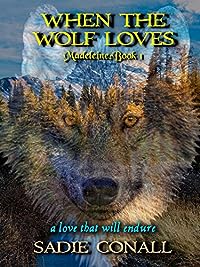 When the Wolf Loves (Madeleine Book 1)
by Sadie Conall

After his father’s death in London in 1796, Ryder Benedict travels to the New World to find answers to his past. He planned to be gone no longer than a year but two years later, in the company of six men from three different tribes who have all come together to help him, he finds himself in the wilderness of the Pacific northwest, far beyond the borders of the American, French and Spanish settlements. When he is attacked and injured by a wolf, a young white girl with extraordinary instincts saves his life. Named Esa-mogo’ne’ by the local Bannock, she takes Ryder to their village to heal and over a bitter winter Ryder learns of her tragic past and discovers a love that will endure his whole life.) 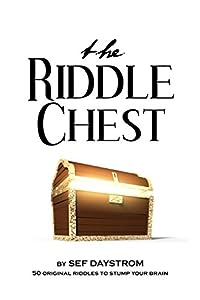 The Riddle Chest: 50 Original Riddles to Stump Your Brain
by Sef Daystrom

This book features 50 original riddles with one-word solutions. A word is described atypically, sometimes using metaphors or quirks of language as misdirection, and you must deduce the word. Many of the riddles take a poetic form reminiscent of older, traditional riddles.