A Time To Celebrate

Having family and friends over to watch the Niner/Packer game made for a pretty fun Sunday. It was also convenient that the game was on the same day as my hubbies birthday. Feed two birds with one seed ball. Yes I just said that. It’s too early to be killing anything with rocks. We are a Niner family, but having a few Packer fans in the house was entertaining. It’s always nice to have a little competition between friends. When the game ended I brought out lemon bars, so no matter who you were rooting for, you were happy at that moment. Now it’s time to plan a big Superbowl party. YEEHAAAA!!!!

An expensive real estate development is halted when contractors find an ancient relic. The State of Maryland insists archeologists must determine the historical value of the site before construction proceeds.

Frank Light, a famous archeologist, is sent by his university to study the site, a mudflat on an old farm. The relic appears to be part of an old ship but a local black pastor insists the site covers a graveyard for slaves.

As he works, Light changes from a stuffy well contented professor into a man searching for his honor. He and a fellow historian, a female former student, fight for the right to uncover and preserve a terrible mystery she considers “amazing.” When financial and racial interests terrorize them, they realize once the age old lesson in life, truth comes with a very high price in murder.

Slave Graves is the first book of the acclaimed River Sunday Romance Mystery series by Thomas Hollyday. The author’s unique Chesapeake voice once again gives us an exciting read about the people, their beliefs and legends, the animals and the grasping mud and black water wetlands of this mysterious American region. His other critically acclaimed novels include Magnolia Gods, Powerboat Racer, Gold, Terror Flower, China Jewel, and Easter Sunday.

Each book, introducing new memorable characters, retains the simple and beautiful lifestyle, history and beauty of the Eastern Shore of the Chesapeake Bay. Powerful subjects such as freedom, atomic war, racism, religion, terror, sailing, and family love, are approached. Stories are insightful and well researched with technical expertise, humor, and fast moving action.

River Sunday Romance Mysteries are suitable for teen and older readers. They have no strong language and romantic descriptions are clean and suitable for family reading, discussion and enjoyment.

Thomas Hollyday has spent years working for animals rights. Part of the proceeds of his books goes to financing the research and maintenance of fresh drinking water resources for wildlife. 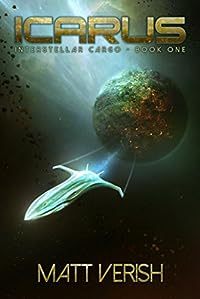 Cole Musgrave’s dream of interstellar travel is about to become a nightmare.

When a high-profile delivery is compromised aboard a state-of-the-art cargo vessel, the newly appointed captain finds himself embroiled in an assignment far above his pay grade. Blackmail, terrorists, a malfunctioning prototype A.I. pilot, and a sinister terraforming corporation with deep criminal ties await him. Who knew delivering cargo to the deep recesses of space could be so dangerous? Armed only with his cunning and past military experience, Cole is one against many. But this unorthodox interstellar cargo pilot won’t go down without a fight — even after he is faced with a choice that will alter the course of his life forever. 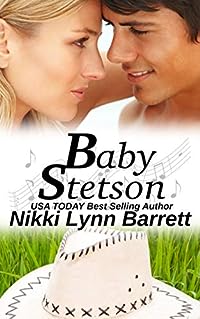 In small Texas towns, strangers come and go…
Left in a Stetson hat on the steps of the local bed and breakfast, Avery Callimer came into the world on a wing and a prayer. Raised by loving adoptive parents, she’s never lacked for love… only the knowledge of her past.
By day she works at the inn, but by night… Avery comes alive as the lead singer in a band. Life was good… stable, until new guests blew into town.

Some strangers come with secrets and lies.

Lucas Bennett is one such stranger. Drifting from one mess to another has left him jaded. Doesn’t matter the dramas are never his doing. Giving it one last shot to make a fresh start lands him Harmony’s Echo, Texas and smack dab in front of the tantalizing Avery.

Every time they’re near each other, things heat up like a brushfire on a dry Texas prairie.
He’s intent to keep his distance, but finds it difficult to ignore the burn Avery’s ignited within. Secrets have followed him. Secrets he doesn’t want Avery to know.

Maybe, after the dust settles and the smoke clears, love can bloom with a fresh start. 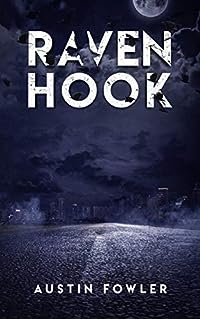 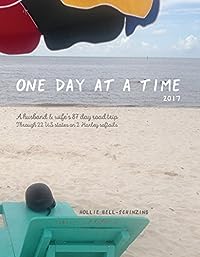 One Day at a Time 2017: A husband and wife’s 87-day road trip through 22 states in the US on two Harley Softails
by Hollie Bell-Schinzing, Margarita Martinez

Have you ever wondered what it would be like to just pick up and ride your motorcycle around this big beautiful country? Hollie lives in Rochester, New York with her husband Bonz. They have been together for over 30 years. With Bonz newly retired and the kids leaving to go off on their own adventures they needed something to reconnect. Join them on their journey through 22 states, many national parks and a couple of biker rallies. Hollie requested three months off work (with no pay), and her employer was gracious enough to allow this. So that was it, June, July and August of 2017 off they went to discover not only the USA but also themselves. No real plans and no reservations, flying by the seat of their pants, join them in seeing what it is like to ride a Harley on the open road for 87 days, one day at a time.