My poor mother in law. Her daughter in law is a basket case. Last night I was sitting on the couch watching tv with my hubby when he noticed he had missed a call from her. He called her back and they were chit chatting about this and that when the subject of next Monday’s school holiday came up. She asked hubby if she could take the baby bassets whale watching. Me, being the rational person that I am, screamed NOOOOO!!!! Because screaming NOOOO is what you do when the people you are telling NOOOOO to are right there. I actually panicked at the thought of my children going to the beach. You know. The beach where there are sharks that jump out of the water and eat your children? Yes, that same beach. Hubby explained that they would be watching from high on the cliffs. Yaaaaaa… high cliffs sound much better to the irrational fear queen. Once again. NOOOOOO!!!!!! How did I go from an adventurous kid that swam in the same shark infested waters for years and whose only thought was FISHY FISHY FISHY, to a mom who wont even let her kids look at pictures of the beach for fear the sharks might somehow communicate to them telepathically and lure them to the beach to eat them? HUH??? How did this happen??? 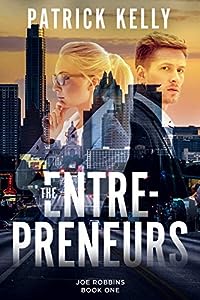 A finance executive must catch a killer or be killed…

Amateur boxer turned executive Joe Robbins moves his family to Austin, Texas, to join a startup and get rich. At his first company party, Joe witnesses a young woman commit suicide. She leaves no note… no motive… and the image haunts his dreams.

But the company is busy writing software and making sales and everyone is going to get rich! Employees careen around Austin like bats.

When the market crashes, the company falls apart, and the paper riches evaporate. Then a director is found murdered, and the police figure Joe for a prime suspect. Two more executives are murdered, and Joe might be next.

Forced into the role of an amateur detective, Joe falls back on what he knows: facts, logic, and analysis. If the going gets rough, he’ll use his fists. Whatever the approach, he’d better work fast because he’s facing a long stay at the big house or a short trip to the morgue. 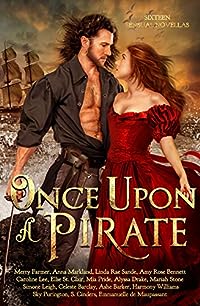 Once Upon a Pirate: sixteen swashbuckling historical romances
by Multiple Authors

Scandalous adventure and smouldering desire.
Set sail to the lush heat of the Tropics, the storm-tossed Northern realms, the wild Barbary Coast, and the hazardous waters of the South Seas.

Defying danger in pursuit of all-consuming love.
Matching wits to claim the greatest treasure of all.

As perilous battles, treachery and revenge give way to sinful kisses, no heart is safe.

THE CAPTIVE VIXEN
by Merry Farmer

THE LADY AND THE PRIVATEER
by Amy Rose Bennett

THE STORMSWEPT STOWAWAY
by Ellie St.Clair

THE BRUCE’S ANGEL
by Caroline Lee

THE PLEASURE OF A PIRATE
by Linda Rae Sande

THE LADY’S GUIDE TO ESCAPING CANNIBALS
by Emmanuelle de Maupassant

THE DARK HEART OF THE SEA
by Celeste Barclay

JILTED AND KILTED
by Mia Pride

RESCUED BY PASSION
by Sky Purington

AN IMPERFECT SCOUNDREL
by Alyssa Drake

THE SPINSTER’S GUIDE TO PIRACY AND PLUNDER
by Harmony Williams 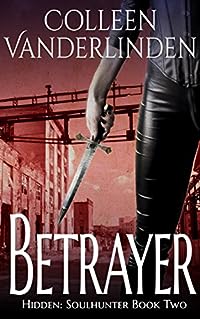 A betrayer hides among the immortals of Detroit, a threat that could very well send not just the immortals, but the rest of the mortal realm into chaos. Violent souls have escaped their prison in the Nether, and the appearance of the undead, created by a rite long forgotten by most beings, only adds to the imminent danger.
Eunomia, created for the sole purpose of hunting the souls of the dead, searches ceaselessly for those who have escaped her Queen, as well as those new creations, the undead, which only she and her New Guardians can capture.
An old nemesis appears, and Eunomia’s trust is tested by those she once considered allies. When something precious is stolen, it sends the immortals into a turmoil unlike any they have ever experienced.
A Guardian Learns to Live
Amid all of it, Eunomia fights beside the man she knows she is coming to treasure more than anything else in her long existence. She begins to understand how much she risks in letting herself love, and she can only hope she is strong enough to keep him and everyone else she cares for safe.
Each betrayal, each lost soul, drives her Queen closer to insanity, and the safety of the mortal world hangs in the balance.
Somehow, Eunomia will have to be enough to keep it all from falling apart. 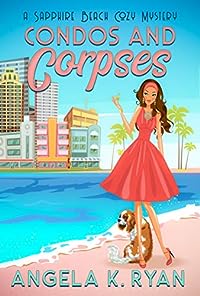 Condos and Corpses is Book One in the Sapphire Beach Cozy Mystery Series.

A condo on the Florida Gulf Coast. A humanitarian worker with a passion for jewelry making. A murder next door.

Connie can think of no other option but to sell the beach front condo she recently inherited from her beloved aunt, but a murder in the apartment next door stalls her plans. As she tries to prove her friend and neighbor’s innocence, she contemplates keeping the condo and opening a jewelry shop in Sapphire Beach, where tourists abound, to showcase her handmade creations. But starting a business would mean walking away from an eleven-year career in humanitarian work, and her overseas contacts have become like family over the years. Will she find a way to combine her love for jewelry making with her passion for humanitarian work and solve the murder in the process? 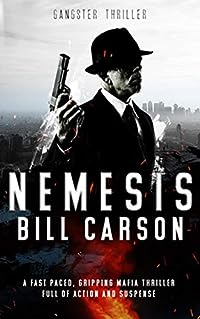 Do You Love Serial Killer Thriller Books? “Nemesis” has all the hard hitting action & suspense you need!

This book is packed with action and intrigue as John Kane sets out to ‘put things right’ in his own inimitable fashion.

John Kane’s world has been destroyed by the deaths of two loved ones and he is now hell bent on some payback, “I will bring their whole evil establishment down upon their shameful heads!” He proclaims. However he is not the only one out for revenge, and there are sinister dark forces at work who are determined to put an end to him once and for all. 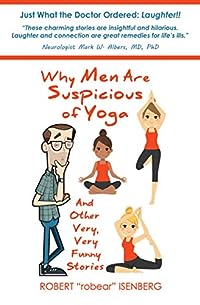 Why Men are Suspicious of Yoga: And Other Very, Very Funny Stories
by Robert Isenberg

POLITICAL ADS WILL MAKE YOU SAD, MY BOOK WILL MAKE YOU GLAD. BUY”WHY MEN ARE SUSPICIOUS OF YOGA.” THERE ARE FIFTY-FIVE VERY, VERY FUNNY STORIES & JUST ONE YOGA STORY. ALL GUARANTEED TO MAKE YOU SMILE & LAUGH.