Maybe I Should Read That

I was feeling pretty darn lucky last night that I found a bee colony for such a low price. I commented to hubby that I must have put it out there in the universe that I really wanted a second beehive in our garden and this one, that I am going to look at on Thursday, just plopped in my lap. Maybe it’s a Law of Attraction kinda thing. He snapped back, “It’s not the Law of Attraction….YOU WON’T STOP SHOPPING ONLINE”. Sadly, I couldn’t argue with him. I have never read The Law of Attraction. 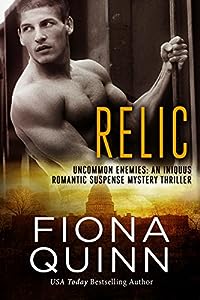 Digging For The Truth Can Be Deadly

He’s working for a security group that only hires the best of the best. His job is fueled by danger and adrenaline, and he loves every minute of it. At least he did up until this minute. When Sophia walks into their briefing room, Brian’s heart stops.

Sophia is the woman who spun his world and stole his heart then disappeared from his life.

Now, she needs protection. Sophia is fighting to safeguard Syrian relics from being stolen and sold into private collections by terrorists. Her colleagues are being kidnapped and killed.

The FBI doesn’t believe all is as it seems with Sophia.

The Bureau thinks she’s helping to sell conflict relics, funding terror, and putting America and her allies at risk.

This case will test Brian’s conviction, honor, and courage.

Brian loves Sophia deeply, but which will win the war, his heart or his sense of duty?

RELIC is the 2nd book in the Uncommon Enemies Series. Each book can be read as a stand-alone, part of the series, or part of the Iniquus World. There are with no cliffhanger endings, and the series does not have to be read in order. 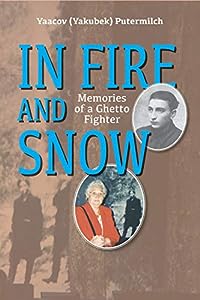 A unique Memoir of the Warsaw Ghetto fighter

“The Germans marched, and their singing echoed between the walls. That same moment, we were ordered to attack the marchers, to throw bombs at them and then grenades and Molotov cocktails. When the air cleared, we saw German blood on the pavement. This was our finest day.”

In his book “In Fire and Snow,” Yaacov Putermilch describes his life in the Warsaw Ghetto as a member of the Jewish Combat Organization (JCO).

The Warsaw Ghetto uprising was set off by combatants and commanders of various Jewish youth movements in several foci throughout the Ghetto. Together with the stories of other witnesses, Yaccov’s testimony completes the historic picture of the Warsaw Ghetto uprising and throws light on the dramatic events that occurred in the specific sector where he fought.

After the Ghetto was destroyed, Yaacov escaped to the forests and continued to fight as a partisan. The partisans wrote an important chapter in the history of anti-Nazi resistance. They struggled to survive but went on fighting the Nazi enemy, no matter the cost.

Today, more than 75 years later, this historic document acquires double importance as the number of living witnesses is gradually decreasing, while more and more people deny the Holocaust and attempt to re-write its history.

When Georgie and Jack met during a murder investigation at the foot of Catmmando Mountain, it was love and murder at first sight!

Murder, mayhem, and a second chance at love changed everything for Georgie Shaw and Detective Jack Wheeler. Middle-aged and in upper management at a Disneyesque entertainment empire, Georgie knows Marvelous Marley World isn’t always so marvelous.

Murder, kidnapping, art and jewelry heists don’t make it any easier to work for “Mad” Max Marley — the tantrum-prone creative genius who built his empire on the success of a cartoon cat. Max and Georgie agree on one thing — Jack’s the man to call when there’s trouble afoot!

Fun, food, cats, and plenty of intrigue keep Georgie and Jack on the move as they join forces to solve one whodunit after another. Now you can read their first five award-winning, bestselling mysteries all in one box set.

Tully Morgan hasn’t been back to Marietta for more than a few brief visits since the night of the 1996 senior prom eighteen years ago, when the chance exposure of a long-held family secret sent her running to her uncle in California in shock. She stood up her date Ren Fletcher that night, and she hasn’t seen him since.

Now she’s here for an extended stay, to help take care of her seriously ill mother. It’s an edgy reconciliation, the first time that Tully, Patty and Sugar Morgan have been together since that long ago prom night. Tully has had so much anger toward Sugar… can she ever forgive her?

And Sugar still has one more secret that needs to be dealt with, one that needs Ren Fletcher’s help. Has he forgiven Tully for leaving him in the lurch on prom night? And is there any chance that he and Tully can rekindle what they might once have had, when he’s still tied to someone else? 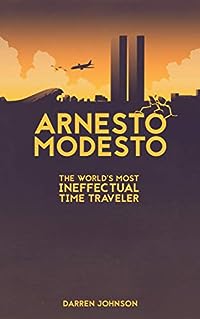 What if you could go back and do it all over again?

By sending his memories back in time, Arnesto Modesto gives himself a do-over. Of course, his much younger self may not be prepared to handle all that foreknowledge…
Encouraged by his friend Pete, Arnesto attempts to use his limited recall to do some good — and winds up stumbling through some of the biggest events of the past quarter-century.

Take it from Arnesto: Life isn’t easier the second time around. (Think Groundhog Day if the main character went much farther back and only got to repeat his life ONCE.)

For anyone who has ever wondered, “What if?”