Out With The Old

The sun was out and my baby bassets were full of beans, so it was the perfect opportunity to use that season pass we bought for Six Flags. It was five hours of my oldest going on scary rides and my youngest on the not so scary, but still respectable amount of thrill kinda of rides. I went on two of the easy ones and my brain this morning is mush. It could also be mush just from the fact that I was walking around a park for five hours. The planets were aligned for us because we finally got to see some of the animals that we had been missing for the last 4 or so trips. The new lion cubs (SO CUTE!!), the Timber Wolves, and a cougar that always seem to be hiding. NOT today. They were all enjoying the sunshine like we were. The park seems to be keeping a few animals, but they are slowly weeding them out. I remember back in the day they had elaborate dolphin, killer whale and seal shows, elephant rides, and amazing tiger shows. Now the elephant ride area is just overgrown weeds, and the dolphin show is just a huge jumbo screen showing videos of dolphins while the real ones swim around in a tank below doing next to nothing. It might seem like I am grumbling about it, but its quite the opposite. The old ways are dying out and it is FANTASTIC! 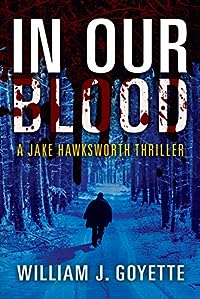 In Our Blood: A Jake Hawksworth Thriller
by William J. Goyette

THE FIRST TWIST WILL STUN YOU. THE SECOND AND THIRD WILL FLOOR YOU.

A grieving cop on the edge. A tormented writer scarred by his past. A ruthless killer who will stop at nothing. All bound by one horrifying secret.

Homicide Detective Jake Hawksworth is still reeling from the unsolved death of his beloved wife when he gets the call. A voice from the past, from the most shocking case of his career, one that has haunted him for decades.

The boy Jake once saved from a traumatic ordeal is now a best-selling mystery author. When a sinister crime from Drew McCauley’s novel-in-the-making becomes a shocking reality, he enlists Jake’s help. Is the kidnapping of Drew’s son somehow linked to the death of Jake’s wife? And could the monster who irrevocably altered these men’s lives be responsible for these seemingly unrelated events?

As Jake races to save Drew’s son, a cat-and-mouse game ensues where no one is safe, not even Jake’s daughter. Jaw-dropping twists and turns, soaked in a bucket of red herrings, culminate in a showdown at a storm-ravaged house. It is here that long-buried secrets are unearthed and unspeakable truths are exposed, leading to a final reveal that will leave even the most jaded of readers stunned. 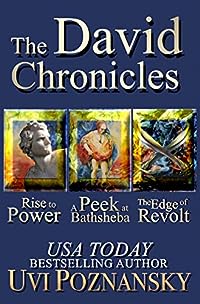 Volume I: Rise to Power
Here is the story of David as you have never heard it before: from the king himself, telling the unofficial version, the one he never allowed his court scribes to recount. Rooted in ancient lore, his is a surprisingly modern memoir.

Volume II: A Peek at Bathsheba

The most torrid tale of passion ever told: David’s forbidden love for Bathsheba, and his attempt to cover up the scandal. Will he muster the strength needed to protect her and save their son from danger?

Volume III: The Edge of Revolt

The last thing David expects is that his beloved son will topple him from the throne. The betrayal threatens not only his life but also his legacy. Coming back to power will put Absalom in danger. Is David ready to counter his next move? 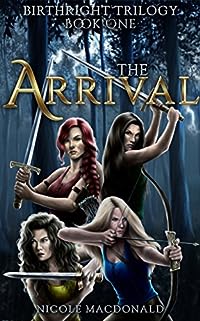 Bound by love, drawn by magick, happily ever after won’t come without a fight.
Looking for love, four friends cast a spell. Thrust into a terrifying new world, they find themselves fighting for their lives, until help drops in. Now, alongside the Griffon Guard, they must learn to use powers they never knew they had, to save a world they never knew existedLove might be an option, but only if they defeat an ancient darkness hell bent on ruling the world…
Do you have KindleUnlimited? The BirthRight Trilogy Boxed Set is now available via KindleUnlimited 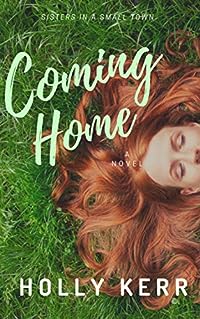 Coming Home (Sisters in a Small Town)
by Holly Kerr

Being sisters doesn’t mean you get to be friends. At least not for Brenna and Cat.

“Holly Kerr has done a beautiful job of crafting a family with real relationships–and an absolute delight to read.” – Amazon review

Meet the Skatt sisters – five redheads with absolutely nothing in common except the fierce love they have for each other. They’re famous in the tiny town of Forest Hills for their father leaving them, the ghost of their mother hanging around, and the endless fights between youngest sisters Brenna and Cat.

For 14 years, Brenna has been ignoring her sisters’ pleas to come home for holidays, birthdays or even Canada Day festivities. She’s too busy with her life in Vancouver; a life she’s proud of even though it doesn’t make her happy.

When Brenna’s life implodes, she has nowhere to go but home to Forest Hills, the tiny town in Northern Ontario with bad cell service, no Starbucks and well-meaning townsfolk who know her every move. Every mistake. And when Brenna comes home, she makes more than a few mistakes. From falling asleep in the bathroom of the local bar to her morning tryst with a much younger man, Brenna gives the town a lot to talk about.

Living in Forest Hills, Cat’s tired of the town talking about her string of failed marriages, too many dogs and the fact she’s happy living with the ghost of their dead mother. Even though she’s finally stopped competing with Brenna, Cat doesn’t want her sister home, especially now that she’s found love with Brenna’s ex-boyfriend.

Will the two sisters be able to put aside the old grudges and work together? There’s a threat to the family back in town and Brenna and Cat’s knock-out, drag-down kitchen fight isn’t going to help matters.

Loving your sisters is easy. Liking them is the hard part. 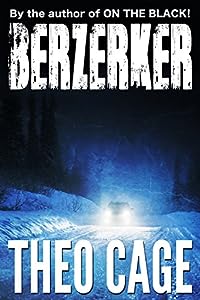 WINTER IS THE GREATEST HORROR STORY OF THEM ALL!

Sean Chiller is a cop on vacation with his wife and three-year-old daughter when they become trapped in a strange little town by a killer storm.

They discover the colony is the center of a genetics experiment gone horribly wrong; a major corporate research center for GMO foods where the local residents are the guinea pigs, mutating into rampaging zombie monsters, slaves to the town’s sociopathic physician, the Mayor, and the county Sheriff.

With the help of one eccentric local they plan a bold escape the townies will do anything to stop. Anything.

If you have any concerns about the dangers posed by genetically modified food, this novel should keep you up at night. Based on the results of actual studies, Theo Cage weaves a terrifying prophecy of a possible genetic apocalypse.