The Amish Of Bee County Series by Kelly Irvin

Best-selling novelist Kelly Irvin’s latest series, The Amish of Sky Country, features an Amish community in Northwest Montana affected by wildfires that destroyed thousands of acres in the state in recent years. The first book, Mountains of Grace, debuted in August 2019, and delves into the impact on not only an Amish man and woman, but also a smoke jumper, a sheriff’s deputy, and a young English woman forced to confront her past because of the fires.Enjoy! 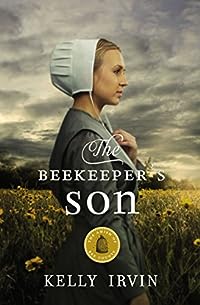 Sometimes it takes a barren landscape to see the beauty of God’s creation.

Phineas King knows better than to expect anything but shock and pity wherever he shows his face. Horribly scarred from the tragic accident that claimed his mother’s life, he chooses to keep his distance from everyone, focusing his time and energy on the bees his family raises. If no one sees him, no one can judge him. So why does he start finding excuses to seek out Deborah Lantz, the beautiful new arrival in town?

Deborah can’t get out of Bee County, Texas, soon enough. Once her mother and younger siblings are settled, she is on the first bus out of this dusty town. She is only waiting on the letter from Aaron, asking her to return to lush Tennessee to be his fraa. But that letter never comes. As she spends time getting to know Phineas — hoping to uncover the man beneath the scars — she begins to realize that she no longer minds that Aaron hasn’t sent for her.

As both Deborah and Phineas try to come to terms with lives that haven’t turned out the way they imagined, they discover that perhaps Gott’s plans for them are more extraordinary than they could have dreamed. But they need to let go of their own past sorrows and disappointments to find the joy and beauty that lies just ahead for them both. 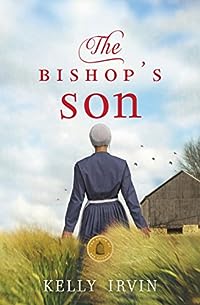 Two men offer Leila two very different futures. Will she choose with her heart or with her faith?

Leila Lantz has been in love with Jesse Glick from the day she first saw him at his father’s store, but she can’t make sense of his intentions. One day he wants to come courting, the next he seems to be putting distance between them.

Jesse may be the bishop’s son, but his faith has been wavering of late. If he is so unsure, is it fair to give Leila false hope for a future he doubts he can provide?

Leila knows she can choose Will and be secure in her own future. But when her heart speaks, it’s Jesse’s name she hears. When will God make His will known to her? Could leaving everything she knows — even her own faith — be a part of God’s plan? 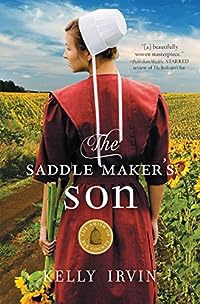 Rebekah Lantz feels imprisoned by circumstances she didn’t create. Tobias Byler is haunted by regret. Can two young runaways from half a world away teach them the healing power of true family?

Rebekah isn’t like her sister, but the watchful gaze of her family and small, close knit Amish community makes her feel as if she’s been judged and found lacking. The men avoid her and the women whisper behind her back. She simply longs for the same chance to be a wife and mother that her friends have.

Tobias Byler only wants to escape feelings for a woman he knows he should never have allowed to get close to him. Moving with his family to isolated Bee County, Texas, seemed the best way to leave his mistakes behind. But even a move across the country can’t erase the past that accompanies his every thought.

A surprise encounter with two half-starved runaway children forces both Rebekah and Tobias to turn to each other to help a sister and brother who have traveled thousands of miles in search of lives of unfettered peace and joy.

In doing so, Rebekah and Tobias discover the key to forgetting the past is the one that will open the door to love and the future they both seek.