With never a dull moment to be had in her books, bestselling author Willow Rose takes readers on wild rides filled with mystery, thrills, and unexpected twists and turns that will leave readers breathless. Enjoy! 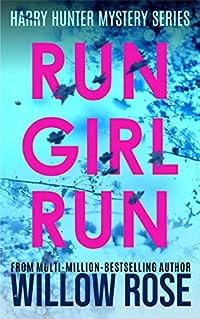 Willow Rose’s beloved detective, Harry Hunter is back in this thrilling second installment of the bestselling series.

When a mother and her child are pulled out of the harbor in their car, the case seems pretty straightforward for Miami PD and Detective Harry Hunter.

Everything points to a murder-suicide.

They were homeless, living in their car, and the mother decided to end it all for them both by driving into the water.

But the case is not what it looks like, Detective Harry Hunter soon realizes.

Harry’s daughter is carrying devastating knowledge about their deaths, and soon she becomes the killer’s next target.

As Harry races to protect her, he is betrayed by someone he thought he knew, leaving him terrified of trusting anyone in a town filled with liars.
RUN GIRL RUN is the second book in the Harry Hunter Mystery Series. 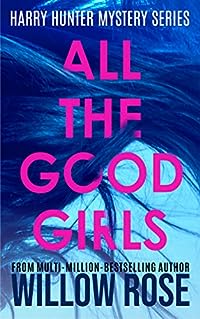 Detective Harry Hunter of Miami PD’s homicide squad throws himself into a case no one asked him to solve.

Four teenagers from one of Miami’s affluent neighborhoods are murdered on a boat. Another is found in a dumpster. All five of them go to the same school and are on a list of witnesses to another crime.

ALL THE GOOD GIRLS is the first book in the Harry Hunter Mystery Series.

Three months later, her body is found inside her sleeping bag in the most frequented area of Cocoa Beach, and the town is outraged.

The girl isn’t just any child. She’s the town’s most beloved surf idol, and it was believed that she could be the next Kelly Slater.

As another child, the son of a well-known senator is kidnapped, and the parents receive a disturbing video, FBI profiler Eva Rae Thomas — who has just returned to her hometown, divorced and out of a job — plunges into the investigation, breaking her promise to her children not to do police work again.

Local law enforcement, with her old flame Matt Miller in charge, are the ones who ask for her help in a case so unsettling that only she can solve it. But the deeper they dig, the deadlier it becomes for Matt and Eva Rae. Soon, everyone she holds dear is in grave danger as this case hits a little too close to home.

DON’T LIE TO ME is the first book in the Eva Rae Thomas Mystery Series and can be read as a standalone. 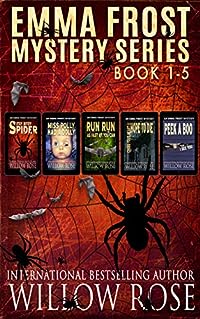 A modern MURDER SHE WROTE

Emma Frost inherits a house on Fanoe Island when her grandmother dies. She decides to move there with her family, much to her teenage-daughter’s regret. One morning a wealthy old woman in her street is found murdered and soon Emma finds herself wrapped in a mystery uncovering the island’s dark secrets that not only runs deep within the history of the island but also within her own family.

Miss Polly had a dolly. A beautiful daughter that she called her Baby Doll. Every day she dressed her in dresses and brushed her hair before they went outside to show off to the neighbors. On the playground one day her Baby Doll talked to a boy, and for one unforgivable second, Miss Polly let herself be distracted by a woman telling her how adorable she thought her daughter was. When Miss Polly finally turned to look for her Baby Doll, she was gone.

Many years later Emma Frost hears about the disappearance of the little girl and learns that she is not the only one to have gone missing from Fanoe Island back in the nineties. As she digs deeper into the story, she soon finds herself entangled in a web of strange and very disturbing events.

RUN RUN AS FAST AS YOU CAN (Emma Frost Book 3):

CROSS YOUR HEART AND HOPE TO DIE (Emma Frost Book 4)

We all know that high school reunions can be a daunting and sometimes horrifying experience. Well, for Emma Frost that is exactly what it becomes when she is invited to meet with all of her old classmates at a desolated hotel in the most Northern part of Denmark. Soon, she will learn that there was more to this reunion than just them catching up on old times as a dark secret from their mutual past is revealed.

Fasten your seatbelt as Willow Rose takes you on a crazy and very surprising ride.

The body of a woman found in front of Nordby City Hall has a message for Emma Frost carved into the skin. Behind this ruthless murder stands a ghostly figure that likes to play childish games. Soon, this killer brings a reign of terror to the small Danish Island and especially to the life of Emma Frost.

While Emma’s personal life is in a mess, she also has to hunt down a cruel predator who seems to be targeting people with serious mental illnesses.