Author Sara Barton’s passion for writing fiction comes through each tale. “There is nothing sweeter than sticking characters in the hot seat and making them find their way out of the darkness. I’m fascinated by human behavior and I love to see characters grow as they go through tough times. Life is never fair, but I believe in heroes, those people who don’t take no for an answer, who put the greater good ahead of ‘me, me, me’. But most of all, I enjoy a good story, seasoned with action, memorable characters, unpredictable behavior, and a monkey wrench big enough to jam up the best laid plans. It’s the perfect human storm.” 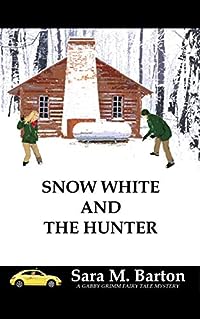 Deputy Gabby Grimm, a girl with a gun… Manhattan transplant, now living in the small Vermont village of Latimer Falls. She’s got her work cut out for her when ruthless terrorists come a-calling! As the war on terror invades her idyllic Vermont village and its pastoral way of life, threatening its good citizens, Gabby refuses to surrender…
As the only female deputy in the eight-member Latimer Falls Sheriff’s Department, Gabby Grimm knows how to handle men. Armed with a degree in psychology and trained in law enforcement, she’s accustomed to using her head to solve the community’s problems, whether it’s an escaped cow, young pranksters out to have fun, or a local resident who’s had a snootful. But her world is mercilessly turned upside down in less than 24 hours, starting with a killer kiss from a mysterious masked man in the woods in the middle of an unexpected shoot-out.

Seasonal resident Jonathan Klarsfeld is brutally murdered at his lakeside cabin while working on an antiterrorist software program for Ramparts Manufacturing, his family taken hostage. Sent to the Klarsfeld cabin to check out a report of suspicious activity, Gabby and her cohort, Woody, are just in time to witness a powerful explosion and discover the body.

Enter Sam Hogan, Army counter-terrorism specialist. He shakes, rattles, and rolls his way into her world with a flash bang! With gumption and guts, she and her colleagues join forces with Sam and the Vermont State Police to wage their own campaign on the bad guys, hoping to rescue the Klarsfeld family in time. In the breathless blink of an eye, the wild chase is on and all bets are off on what happens next! 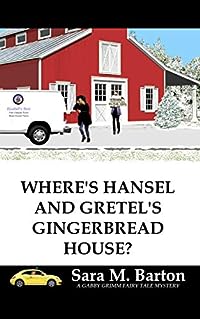 Deputy Gabby Grimm, a girl with a gun… A desperate plea for help from Cousin Annette takes Gabby to NYC just before Christmas, to unofficially hunt for a missing co-worker at Frist and Company.

The opinionated widow, still not used to life without Paul, a true prince of a husband, isn’t having much luck with finding a new guy. It’s been one embarrassment after another, especially after a jealous wife went ballistic on her in front of her co-workers. Annette’s latest office romance? It’s a complete disaster — the guy has disappeared without a trace. Is he a con man who took a powder on purpose, leaving Annette with egg on her face, or did something more sinister happen?

As if that’s not bad enough, Annette’s terrified she leaked confidential information to a company competitor — there will be legal hell to pay if her employers find out. When things get ugly fast, it’s up to the experienced deputy from Latimer Falls, Vermont to rescue the bossy damsel in distress, but first Gabby has to sort things out. What is so special about the scale model of the condo development that Annette crafted out of gingerbread? It’s just a Christmas decoration, isn’t it?

Her plan to bring Annette to Black Forest Farm for safekeeping goes awry as the FBI, hot on their heels, closes in. The feds want to make a mob case involving possible fraud and dangerous construction practices, so they pin a bull’s eye on Annette, hoping to get her to roll over. Unbeknownst to Annette and the deputy, the FBI had an inside man on the job. Now they’re squeezing him to produce results for the DOJ, but he’s got it bad for Annette, and that ain’t necessarily good. Can Gabby help her cousin navigate her way out of this mess, or is Annette going to find herself behind bars for the holidays? When the heart of the ugly construction fraud surfaces, how far will the real bad guy go to protect his vile scheme? Is he willing to sacrifice Annette to get what he wants? 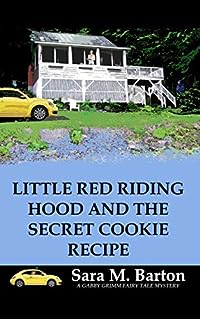 Deputy Gabby Grimm, girl with a gun… Willie Dumfries is the real deal — a Big, Bad Wolf who will stop at nothing to punish Sheriff Rufus Parteger. It’s payback most horrific when Willie wants revenge! His target? A real-life Little Red Riding Hood alone in the dark, dangerous woods without her cell phone, at the mercy of wild predators, animal and human.

Teenager Mary Ellen Parteger, daughter of the sheriff of Latimer Falls, Vermont, drops off a favorite family cookie recipe to Deputy Gabby Grimm late one afternoon in early spring, still wearing her red fleece hoodie, and drives off on her merry way, armed with her new driver’s license and a warning from Deputy Grimm to drive safely. Hours later, up at Pinkins Pass for a romantic rendezvous under the stars with her Army Special Forces boyfriend, Sam Hogan, Gabby unexpectedly finds the Parteger family car abandoned in the parking lot, Mary Ellen’s purse still on the seat.

Snatched by a couple of creeps hired for the job by the vicious gangster Rufus Parteger put behind bars back when he was a cop in Providence, Rhode Island, the missing girl is in real peril and the Latimer Falls Sheriff’s Department is forced to call in the Vermont State Police for help. Only one problem — there’s a bad apple with a bad secret hiding in plain sight, and he poses a threat to everyone.

Forced to flee on short notice, the sheriff and the rest of his brood hit the road in a desperate attempt to escape. One thing is clear — Willie Dumfries has a far more extensive and powerful reach than anyone imagined — corruption abounds, thanks to his vast, multi-state criminal empire, and jurisdictions get blurred as the crimes start to mount.

When Mary Ellen is snatched a second time, this time right out of the Vermont Department of Public Safety building, it’s abundantly clear there’s a serious leak somewhere. An unofficial hostage rescue team is quickly assembled from an odd mix of deputies, state troopers, FBI agents, and Special Forces soldiers. Their mission? Rescue the girl from the hired torturers, catch the corrupt cop in their midst, and find the missing Parteger family before Willie can finish the job.