The Good News Is…

The good news is the sun came out, so both of my bee colonies are happily buzzing about in the yard foraging. The bad news is there are so many bees in the backyard I can’t do any gardening. It’s still a bit too cold for me to go outside anyway, but that won’t be the case in spring when the weather warms up a bit. Have I made a huge mistake adding another colony? Even with me asking that question, I am still planning to put out another bait box. I just can’t make up my mind. Maybe I will just spend all of my time gardening in my bee suit. Sure, it will be hot as heckadoodle, but I really hate getting stung. Nothing has to be decided now. Has anyone else had this issue? 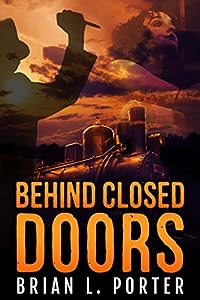 Autumn, 1888. While the citizens of fog-shrouded London are horrified by Jack the Ripper’s murder spree, another, less publicized killer is at large.

Each murder takes place right after the Ripper killings, on board the carriages of the London Metropolitan Railway. Inspector Albert Norris is charged with bringing the killer to justice, but clues are few and the killer’s motive unclear.

As authorities try to maintain confidence in the railway system’s safety, Norris can count on little help from above. Can he solve the inexplicable series of murders before the killer strikes again? 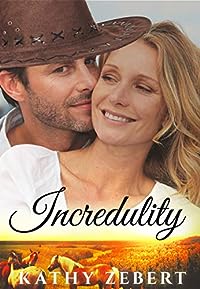 A romantic cowboy. A sunset kiss. Everything is perfect until he’s charged with murder.
Callie Fletcher just wanted to sit on the terrace of her favorite hot spot and watch the sunset over the Texas Hill Country. A table for one, a glass of pinot and the best view in Austin. When Dominic Jaxson, a gorgeous, wealthy cowboy, charms her into sharing the view, the sunset gets even more magical.

Months of sunsets later, their affection blooms into love, with dreams of a future together. Never does Callie imagine that this caring and tender man might hide a secret or that he might be a criminal. But then he walks through the doors of her courtroom, charged with murder.

As a court reporter, Callie knows her way around the legal system, and she’s certain Dominic isn’t guilty. But can she uncover the clues to prove his innocence, or have she and her handsome cowboy shared their last Texas sunset?

Incredulity is the first in a fast-paced, clean romantic suspense series. 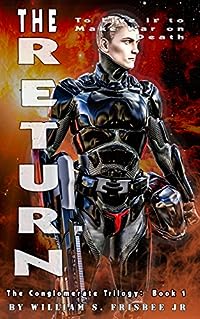 Luke Kishi held the line against crushing odds. Shattering the enemy fleet cost him his wife but before she died, she made him promise to live. Can he keep his promise when he is forced to become a mercenary?

Saved and now alone, the colonists of New Alamo find themselves in a stagnating alien empire called the Conglomerate, a harsh and unforgiving society ruled by the Topa. To survive and keep New Alamo safe, Luke becomes a mercenary, wishing for death, but honor bound to live.

When Luke receives a mission that sends him to a distant corner of the Conglomerate he must find something worth living for besides honor, or the entire human race will exterminated. The Topa have plans for humanity, but can the hero of Naantali keep his promise? 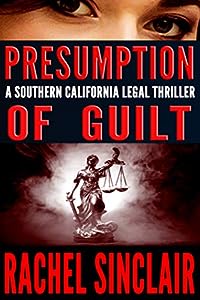 A wealthy family with DARK secrets.

A SHOCKING reveal that you guaranteed won’t see coming…

Now sworn to protect the indigent accused, she’s persuaded to represent Esme Guitierrez, an El Salvadoran refugee who is accused of killing 21-year-old Aria Whitmore. Aria was the daughter of the prominent billionaire hotelier Jacob Whitmore, and was also an aspiring concert pianist and music composer.

As Avery digs further into the case, she realizes that there were some sick games taking place behind the closed doors of the Whitmore mansion, and Avery ends up with more questions than answers.

What happened to Aria’s birth mother?

How did Julian Rodriguez, a young schizophrenic man, come to befriend Aria?

And who is sending threatening emails that are filled with facts that are not widely known to the public?

When Avery finds out the answers to these questions, she’s shocked. But she also realizes that the big reveal opens up more questions than answers, and the case takes an unexpected turn.

As time runs out to find the true culprit, Avery faces the trial of her life. Amidst an intense media glare, death threats, protestors and stalkers breaking into her home, Avery nonetheless gives this case her all.

Because if she doesn’t, her client will end up on death row.

With the lightning speed, twists and turns you’ve come to expect from a Rachel Sinclair novel, Presumption of Guilt is a legal thriller that is not to be missed! Come and meet your newest favorite badass attorney, Avery Collins, today! 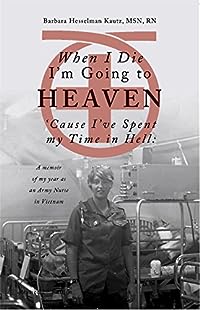 When I Die I’m Going to Heaven ‘Cause I’ve Spent My Time in Hell: A Memoir of My Year As an Army Nurse in Vietnam
by Barbara Kautz

When she was 18, she joined the Army to finance her nursing education.

With less than six months of nursing experience, she was assigned to the 24th Evacuation Hospital in South Vietnam.

True tales of the war that are by turns horrifying and humorous, told with an eye for detail, by a woman who was in the thick of it.