Yesterday was a pretty awesome day, and a much needed break from all the news and toilet paper chaos. With it being my youngest basset’s twelfth birthday, we had family over to celebrate with cake and presents. We ended the evening with my oldest basset’s last basketball game of the season with a huge win. It was an all around great day. Today it’s back out on the front lines in search of toilet paper. Yesterday I went to Costco about twenty minutes before opening to do some shopping for our Spring Break camping trip. I saw a friend waiting by the front door before it opened, so I went over to chit chat with her. After about ten minutes we pulled ourselves away from our entertaining conversation and realized we were now in line with about a hundred or so other people. HOLY MOLY! When did they all show up? At 10am you could hear the roll-up doors start to creak and the tension in the crowd go up. I was not mentally prepared for a stamped to the toilet paper that is located at the far end of the store, but I really needed Costco muffins. The doors went up, and we were given the go ahead to enter. That’s when it happened!!! AAAHHHHHHH!!!!! Okay… nothing really happened. Everyone was super nice and we all walked calmly and extra slowly to the back of the store for the TP. Turns out they were out of TP, so everyone calmly and slowly went on to do their other shopping. No chaos, no screams of anger at the lack of TP. Just calm, extra polite people going about their shopping. It was a good day. 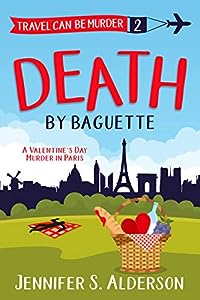 Paris — the city of love, lights… and murder? Join tour guide Lana Hansen as she escorts five couples on an unforgettable Valentine-themed vacation to France! Unfortunately it will be the last trip for one passenger…

Lana Hansen’s future is looking bright. She has money in her bank account, a babysitter for her cat, and even a boyfriend. Regrettably she won’t get to celebrate Valentine’s Day with her new beau, Chad. Instead, she will be leading a lovers-only tour in France. Luckily for Lana, her best friend, Willow, and her partner, Jane, will be joining her.

Things go downhill when Lana’s new boyfriend shows up in Paris for her tour — with his wife. Chad is not the website developer he claimed to be, but a famous restaurant critic whose love of women rivals his passion for food.

After Chad drops dead during a picnic under the Eiffel Tower, a persistent French detective becomes convinced that he was poisoned. And the inspector’s sights are set on several members of the tour — including Lana!

While escorting her group through the cobblestone streets of Montmartre, the grand gardens of Versailles, and the historic Marché des Enfants Rouges market, Lana must figure out who really killed Chad before she has to say bonjour to prison and adieu to her freedom.

Introducing Lana Hansen, tour guide, reluctant amateur sleuth, and star of the Travel Can Be Murder Cozy Mystery Series. Join Lana as she leads tourists and readers to fascinating cities around the globe on intriguing adventures that, unfortunately for Lana, often turn deadly.

The Travel Can Be Murder Cozy Mysteries are heartwarming stories about making friends, traveling, and celebrating new experiences. Book One — Death on the Danube — is available now. Coming soon: Books Three (Death by Windmill) and Book Four! 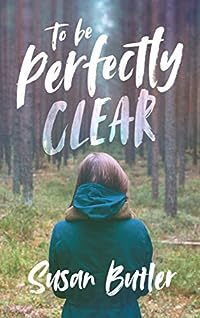 An invisible girl — a life of secrets and danger — Alison’s adventures begin here…
Fourteen-year-old Alison and her sister Amber don’t lead the lives of typical teenagers. With no idea who their father is and their mother taken from them by force, they survive on their own. They rarely leave the house, too frightened to encounter those who don’t share their defining feature — they are invisible.

As part of an invisible society governed by an undercover council, they must abide by its #1 law: don’t reveal your key trait. For those who don’t obey, the punishment is said to be merciless, the fate that awaited their mother six years ago when she broke the rule. The girls remain in the safety of their attic hideaway and plan to stay there, until… … fate has other ideas for Alison and Amber. In need of a new way of life, they are happy to find friends, excitement, and fun. But a possible deception leads them on a perilous adventure, where secrets and danger lurk around every corner. Soon, the council’s underlying agenda comes into question. And when those in power are invisible you never know who may be watching. 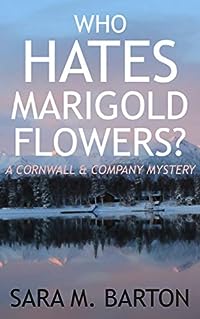 NOW WITH A NEW ENDING! Book 1 in the Cornwall & Company Series… How does a wedding planner from Lake Placid, New York end up in the trunk of a Toyota Corolla submerged in a frozen lake near Windham, nearly two hundred miles away? It’s easy if you’ve got two contract killers after you!

Marigold Flowers doesn’t understand why anyone would want to kill her. Her specialty is parties, not crime. But there’s no denying that someone with a lot of money and significant resources is out to silence her. What secrets does she hold about international money laundering and a criminal syndicate? How can she save herself when she’s accused of trying to murder the U. S. marshal in charge of her safety?

Enter the Cornwall brothers. Jackson, Lincoln, and Jefferson all have some special skills that can help untangle Marigold’s complicated life. But they’re going to have to work fast if they hope to prevent another murder… or before Marigold Flowers permanently disappears! 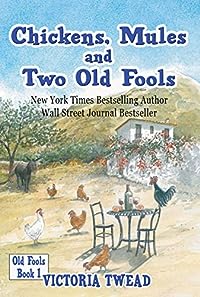 *Wall Street Journal Top 10 bestseller*
*New York Times bestselling author*
If Joe and Vicky had known what relocating to a tiny mountain village in Andalucía would REALLY be like, they might have hesitated…
They have no idea of the culture shock in store. No idea they’ll become reluctant chicken farmers and own the most dangerous cockerel in Spain. No idea they’ll help capture a vulture or be rescued by a mule.
Will they stay, or return to the relative sanity of England?
Includes Spanish recipes donated by the village ladies and link to FREE photo book.

The Telegraph– “a colourful glimpse of Andalucían life. And a psychopathic chicken or two… charming… funny” 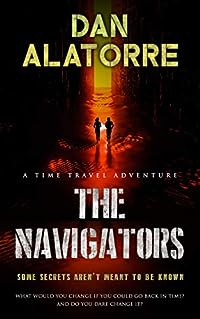 The Navigators: a time-travel adventure
by Dan Alatorre

SOME SECRETS AREN’T MEANT TO BE KNOWN

A freak landslide at a remote mine site uncovers a strange machine to a group of paleontology grad students. Wary of corrupt school officials, team leader Barry takes the machine home to study it in secret, reaching only one realistic – and unbelievable – conclusion: It was designed to bridge the time-space continuum. It’s a time machine.Testing delivers disastrous results, sending one team member to the hospital and nearly killing another. When word leaks about the discovery, the ultimate power struggle ensues: the university wants it for funding, the power company wants its energy regenerating abilities kept under wraps, and a rival group wants to steal it for themselves. No one cares if Barry’s team comes out alive.Fleeing for their lives, the students must fight the school, the police, and each other if they want to learn the truth about what they’ve discovered – a truth with more severe consequences than any of them can predict.