Yesterday was our pack up and go home day. I can’t say I wasn’t happy to leave the campsite. It was a weird trip with the first two nights being all alone, raining, and getting alerts on my phone constantly that California was under quarantine from a world wide pandemic. It just wasn’t a great feeling. It did pick up a few days in when the sun came out and people started arriving. It was nice to see and talk to people again. The topic of course was pandemic, but we chatted about other things as well. I still had a need to be home though. To see my house and neighbors. Not like I could do anything. When we did get home I was feeling a bit better, although that feeling wouldn’t last long. I had no idea that 30 minutes from the time I got home would find me running door to door with blood on my hands. OOOHHHHH….Did I just do a cliffhanger??? YES I DID!!! Unless you only read the email and not the blog… then you can just keep reading. HAHA 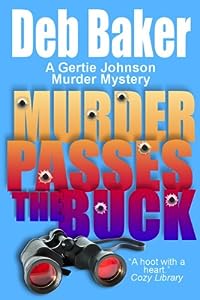 When her neighbor is shot and killed, sixty-six-year-old widow Gertie Johnson seizes the opportunity to move on with her life by investigating his death. Gertie is abetted (and hindered) by her grandson Little Donny, man-hungry best friend Cora Mae, and word-of-the-day challenger, Kitty. It doesn’t help that the death has been ruled an accident by the sheriff of this backwoods community in Michigan’s Upper Peninsula. Or that Sheriff Blaze Johnson happens to be Gertie’s son.

Whether it’s interrogating neighbors, spying, or impersonating the FBI — not to mention staying one step ahead of Blaze — Gertie will do whatever it takes to solve the case, even when the killer takes aim at her. 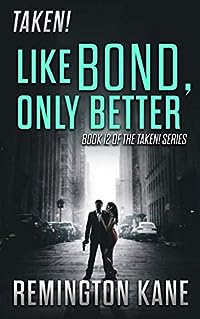 Taken! – Like Bond, Only Better (A Taken! Novel Book 12)
by Remington Kane

Jessica and her husband eagerly await the birth of their twins, but circumstances arise that compel her husband into action, even as a family emergency arises.

Meanwhile, Samantha has her first “session” with Jessica, as the doctor and her husband attempt to guide her.

From REMINGTON KANE, The Author of the TANNER! Series
TAKEN! – LIKE BOND, ONLY BETTER – Book 12 of The TAKEN! Series 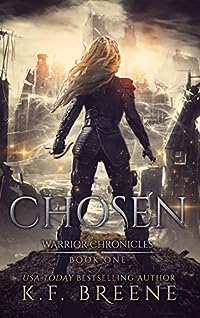 It is said that when war threatens the world, one individual will be selected by prophecy to lead the Shadow Warriors out of the Land of Mist and reclaim the freedom which has been stolen.
~~
Shanti has grown up under the constant threat of war. Since she helped her people defeat a raiding party by using a special power, she’s been a hunted woman. Carrying rare abilities and an uncanny fighting aptitude, Shanti is the only hope of salvation for her people. The problem is, she doesn’t believe in her own divinity, and when she flounders, she nearly fails in the duty hanging so heavy on her shoulders.

It seems like any other day when Sanders and his band of misfit boys find a foreign woman clinging to life in the wastelands. Oblivious to the weapon they now have in their possession, they are content to harbor the mysterious woman until she is well enough to continue her journey.

But when the war spreads its arms and lands on her borrowed doorstep, Shanti has no choice but to reveal her secrets, plunging her saviors into danger. If they band with her, they will face certain death. But to trade her to Xandre, the warlord desperate to add her to his war machine, would be to give up their entire way of life.

War is coming. The only choice becomes: Which side do you choose? 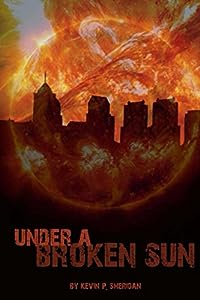 Under a Broken Sun
by Kevin P. Sheridan

When the lights go out across the globe, a rebellious son must cross half the country on foot to reach his father in Chicago and save him from the Christian extremists who have declared him the Anti-Christ. 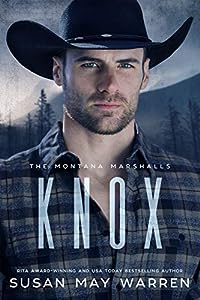 His voice threaded through her, as if it might be made of rawhide, designed not to break, to weather time and elements, as sturdy as the land he probably worked. Because yes, he wore cowboy like a second skin, the no-nonsense aura of hard work and get ‘er done.

“Do I need to go back there and put some hurt on anyone?”

He wasn’t smiling, and she couldn’t tell if he was serious — maybe. Which sort of unrooted her for a moment. Um…

A woman in danger. A man who can’t help but save her. But, at what cost?

He’s not looking for trouble…
Montana rancher Knox Marshall’s danger years are behind him. A former bull-rider, he now runs the Marshall family ranch, raising champion bucking bulls for the National Professional Bullrider’s Expo (NBR-X). Wealth and success are his, but life is stable, expected, and… ordinary. But he wants more from life…
But trouble is looking for her…
Kelsey Jones just wants a safe life, a family, a home. Onstage, the beautiful rising star of the Yankee Belles becomes the person she longs to be – vivacious and confident – burying the brokenness she carries from a violent assault. Becoming NBR-X’s next country act is key to outrunning her past and achieving the success and security she craves.

When trouble finds them both…
Knox and Kelsey’s paths collide when an explosion at an NBR-X event traps them in the rubble and leaves them reeling. Kelsey’s crippling nightmares return, but for Knox, an obsession to find the bomber is ignited.

What will it cost him to protect her?

When Kelsey’s past threatens Knox’s family, he’ll have to choose between saving the Marshall legacy or becoming the protector he’s always longed to be.

The explosive first book in the Montana Marshalls series!