Junebug might be stress eating. I think at first my sweet pup liked having us all at home 24/7, but it might be wearing on her a bit now. I think she needs her quiet time away from all of us and she is not getting it. I found her near her food bowl after she had just finished dinner. She was shivering a bit and doing her little stampy dance she does when she wants something. I gave her a little bit more food and she gobbled it up. Then she just stood there looking ashamed. It was the same look I had on my face earlier in the day after I shoveled four large marshmallows in my mouth. I have regrets on that one. Today I might try to go on a nice long walk with the family. It has been a while since we got any exercise, and it’s starting to show. 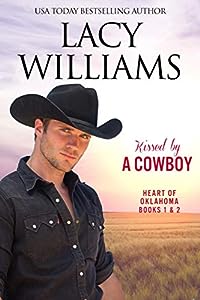 What if you could have a second chance with the one that got away?

Maddox is so busy keeping his younger brother on the straight-and-narrow that he’s blindsided when his young niece — his ward — begins to act out. Know who does notice? Haley. The girl he thought he’d end up with. The one who was right there when his life disintegrated. They might share a decade-old heartbreak, but Haley moved on to better things a long time ago and he’s still going nowhere fast… 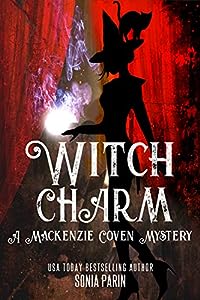 Lexie is off to the Lauriston Academy, her cousins’ alma mater, to investigate a case of theft. To her dismay, there is no way around the school’s dress code. To her even greater dismay, soon after she arrives, she and her feline companion, Luna, come across a dead body.

Lexie has to live off contraband food, spout tongue twisters every hour on the hour, and avoid classes at all costs. Add to that her feline companion’s existential crisis and Lexie is ready to start pointing the finger of blame at just about anyone.

If she doesn’t find the killer soon, she risks ending up in a roasting pit… 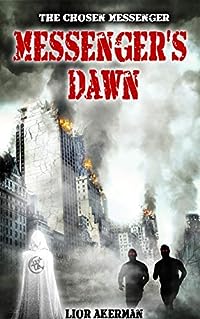 He did not choose. He was chosen. And now he must save the entire world.
Mike Messenger is a young man working in NY on relocation, enjoying the life the city has to offer.

Until late one night, he discovers he is the messenger chosen to save the earth from the evil forces of the lethal, destructive figures in black that strive to shatter the natural order of things.

The figures in black, faceless and endowed with superhuman powers, have been charged with executing a number of attacks to wreak havoc and shock the world, while spreading fear around the globe.

When these opposing forces are on an inevitable collision course, the messenger has one mission only: to stop the wicked conspiracy before it is too late. 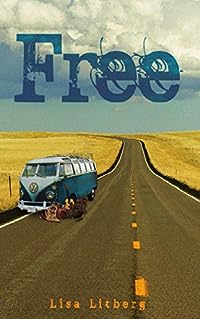 “My name is Free. Usually when I tell people that they laugh and ask me what my real name is. I just look them dead on and repeat, ‘Free.’ I left my old name behind with my old life; shed both of them like a useless layer of skin. When I stepped free of that world, I took the name Free. It is my real name. I picked it myself. What could be more real than that?”

Since leaving home at the age of 18, Free has traveled the country searching for home. Her travels afford a variety of experiences, from following the Grateful Dead to waitressing in Chicago to selling jewelry in New Orleans’ French Market, but nothing seems to quell her sense of unrest. All the while her estranged brother Alfie is in her thoughts. Once she finds him, perhaps she’ll finally feel at home. But her world is filled with bad choices and unsavory characters, and she finds that freedom sometimes comes at a cost.

The reader will feel as if they are traveling right alongside Free in this moving coming-of-age story. 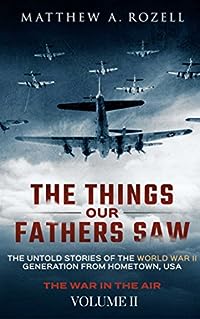 The Things Our Fathers Saw—The Untold Stories of the World War II Generation-Volume II: War in the Air—From the Great Depression to Combat
by Matthew Rozell

HOW DO YOU THINK YOU FEEL when you wake up in a hospital and find out you killed your own mother?

JUST WHAT DO YOU DO in that moment when your plane’s been hit, and you are about to crash far from home?

— “I spent a lot of time in hospitals. I had a lot of trouble reconciling how my mother died after reading the telegram she opened, saying I was shot down and missing in action; I didn’t explain to her that ‘missing in action’ is not necessarily ‘killed in action’, you know? I didn’t even think about that. How do you think you feel when you find out you killed your own mother?” — B-24 bombardier, shot down, taken prisoner
Dying for freedom isn’t the worst that could happen. Being forgotten is.
— “I was in the hospital with a flak wound. The next mission, the entire crew was killed. The thing that haunts me is that I can’t put a face to the guy who was a replacement. He was an 18-year old Jewish kid named Henry Vogelstein from Brooklyn. It was his first and last mission. He made his only mission with a crew of strangers.” — B-24 navigator
Maybe our veterans did not volunteer to tell us their stories; perhaps we were too busy with our own lives to ask. But they opened up to a younger generation, when a history teacher taught his students to engage.
— “The German fighters picked us. I told the guys, ‘Keep your eyes open, we are about to be hit!’ I saw about six or eight feet go off my left wing. I rang the ‘bail-out’ signal, and I reached out and grabbed the co-pilot out of his seat. I felt the airplane climbing, and I thought to myself, ‘If this thing stalls out, and starts falling down backwards, no one is going to get out… ‘” — B-17 pilot
As we forge ahead as a nation, do we owe it to ourselves to become reacquainted with a generation that is fast leaving us, who asked for nothing but gave everything, to attune ourselves as Americans to a broader appreciation of what we stand for?
This is the second book in the masterful WWII oral history series, but you can read them in any order.
— “You flew with what I would call ‘controlled fear’. You were scared stiff, but it was controlled. My ball turret gunner — he couldn’t take it anymore… I guess he was right. He’s dead now. But he had lost control of the fear. He never got out of that ball turret; he died in that ball turret.” — B-24 bombardier
It’s time to listen to them. Read some of the reviews below and REMEMBER how a generation of young Americans truly saved the world.

Or maybe it was all for nothing?