Jigsaw To The Left

Yesterday I spent the day packing for our camping trip, taking a break once in a while to watch episodes of Gardener’s World here and there. I was watching the 2017 series and they were celebrating their 50th anniversary, so I have plenty of episodes to enjoy. They are much more relaxing than the news. I think the news is making the hair on my head fall out. Thankfully I have plenty of seeds to keep me busy in the garden, and with the baby bassets schools closed for two weeks I will have plenty of help after we get back from camping. I think I might also show them how much fun you can have making things out of wood using a jigsaw. Making a few Easter decorations might be a nice distraction. I could also be an evil person and make them pop out a few Christmas presents. It’s always good to plan ahead. 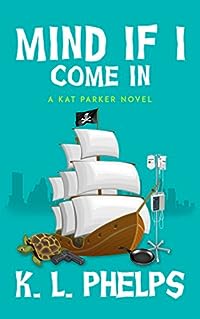 Mind If I Come In (A Kat Parker Novel Book 1)
by K.L. Phelps

Vampires and giants and turtles — oh, my!

On a recent trip to Vegas, Katrina Parker really crapped out. Married, widowed, and with no memory of either event, Kat suddenly develops the ability to communicate with comatose people. But what happens in Vegas doesn’t always stay there — especially when it comes to the supernatural. Even back in Houston, trouble still haunts her.

After agreeing to try to help the coma-stricken daughter of a mob boss, Kat discovers the assault that placed the poor girl in the hospital was only the beginning. Aided by her amnesic vampire housemate, a former Vegas detective, a spunky turtle, and a man who may or may not have a neck, Kat vows to discover who is behind it all… before she becomes the next victim. 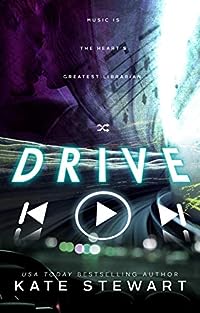 At the height of my career, I had the life I wanted, the life I’d always envisioned. I’d found my tempo, my rhythm. Then I received a phone call that left me off key.

You see, my favorite songs had a way of playing simultaneously. I was in love with one man’s beats and another’s lyrics. But when it came to the soundtrack of a life, how could anyone choose a favorite song? So, to erase any doubt, I ditched my first-class ticket and decided to take a drive, fixed on the rearview.

And the long road home to the man who was waiting for me.

Life on the eastern Kansas plains in the 1850’s was tenuous at best. Add to that, marauding bands of thieving Comanches, and a fella would start having notions of moving his clan the heck out of there.

With the biggest part of his cattle having been taken by the thieving redskins, Jacob Clarkson and his family load as much of of their household belongings as they can into a couple of prairie schooners and set out on a journey in hopes of relocating the once prosperous cattle ranching endeavor to the high mountain grasslands of present day Colorado.

The journey proves to be fraught with dangers, some of them of the harsh weather and high water variety, while others turn out to be of the manmade variety.

The journey becomes even more difficult after the rescue of a young lady who had been taken captive by a trio of banditos. Their intent had been to trade her to the Utes, who freely roam the South Park Basin, but first they have to get her back.

Through all of this, the Lord remains in charge and adds to the mixture, a helping of tender romance and true love between Becky and one of Jacob and Emily’s twin sons, Seth.

Not to be outdone by his brother, Sam manages a romance of his own after a mixup in homestead filings plays a major part in bringing him and Liz together.

While all this is going on, their families remain steadfast in their struggle to gain a toehold in the savage land that is the previously unsettled grasslands of the South Park Basin. 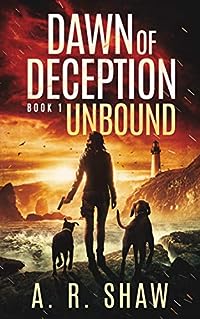 How do mothers handle danger differently?Discover the runaway hit series that dystopian fans call “A must-read!””You will not be disappointed. Just buy it. Now.” Burt Walker
With the aid of a canine brigade,
can a charade
keep the apocalypse away?

• Sloane Delaney struggles to keep her daughters safe in an apocalyptic dawn.

• Aided by a pack of abandoned dogs, they maintain a dangerous charade to keep looters at bay.

• But then, corrupt agents arrive, threatening their hard-won sense of security.

• Fleeing for a safe haven, Sloane doesn’t count on trusting a stranger. 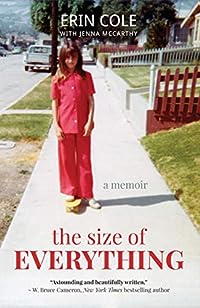 The Size of Everything: a memoir
by Erin Cole, Jenna McCarthy

As the face of her eponymous couture bridal business, Erin Cole radiates refined elegance. But the designer’s glamorous lifestyle and sweeping success belie a childhood marked by profound dysfunction.

Raised on a steady diet of abuse, alcoholism, poverty, and death, no one would have expected Cole to go on to become a force in the fashion world. As a child, she often had no access to food; other times she was force-fed until she vomited. At home and at school, she was beaten, bullied and belittled. Her alcoholic parents alternately abused and ignored her. By the age of sixteen, she was living on her own.

The Size of Everything is Cole’s moving story and so much more. Equal parts heartbreaking and hilarious, it’s a love letter to her surviving siblings, a how-not-to-parent manual, a testament to the power of positivity, and proof that where you come from doesn’t have to determine where you can go. Above all, The Size of Everything offers a powerful message of hope to anyone who believes that impossibly rocky beginnings can’t have a happy ending.